Why are these two versions of the hymn different? 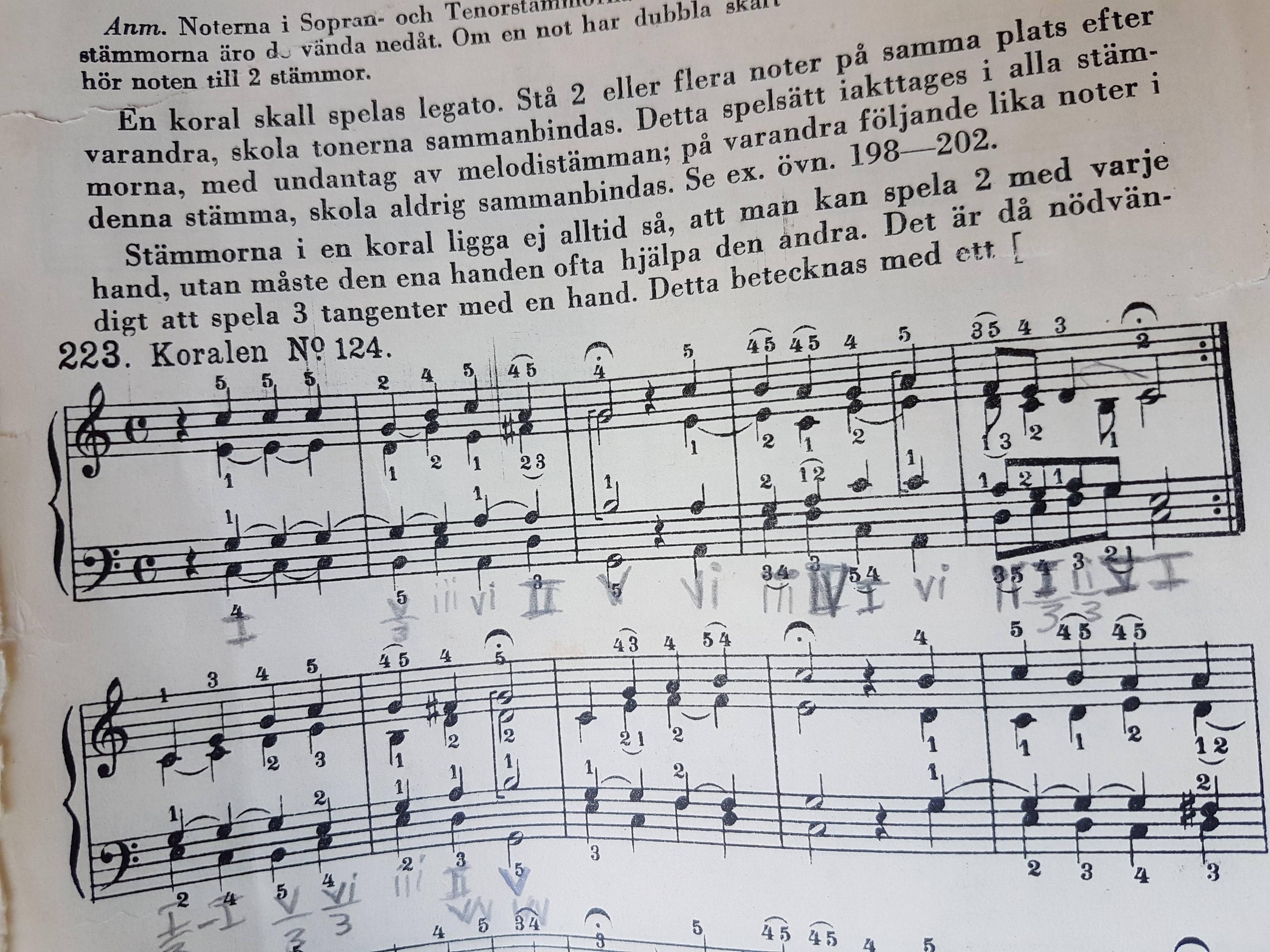 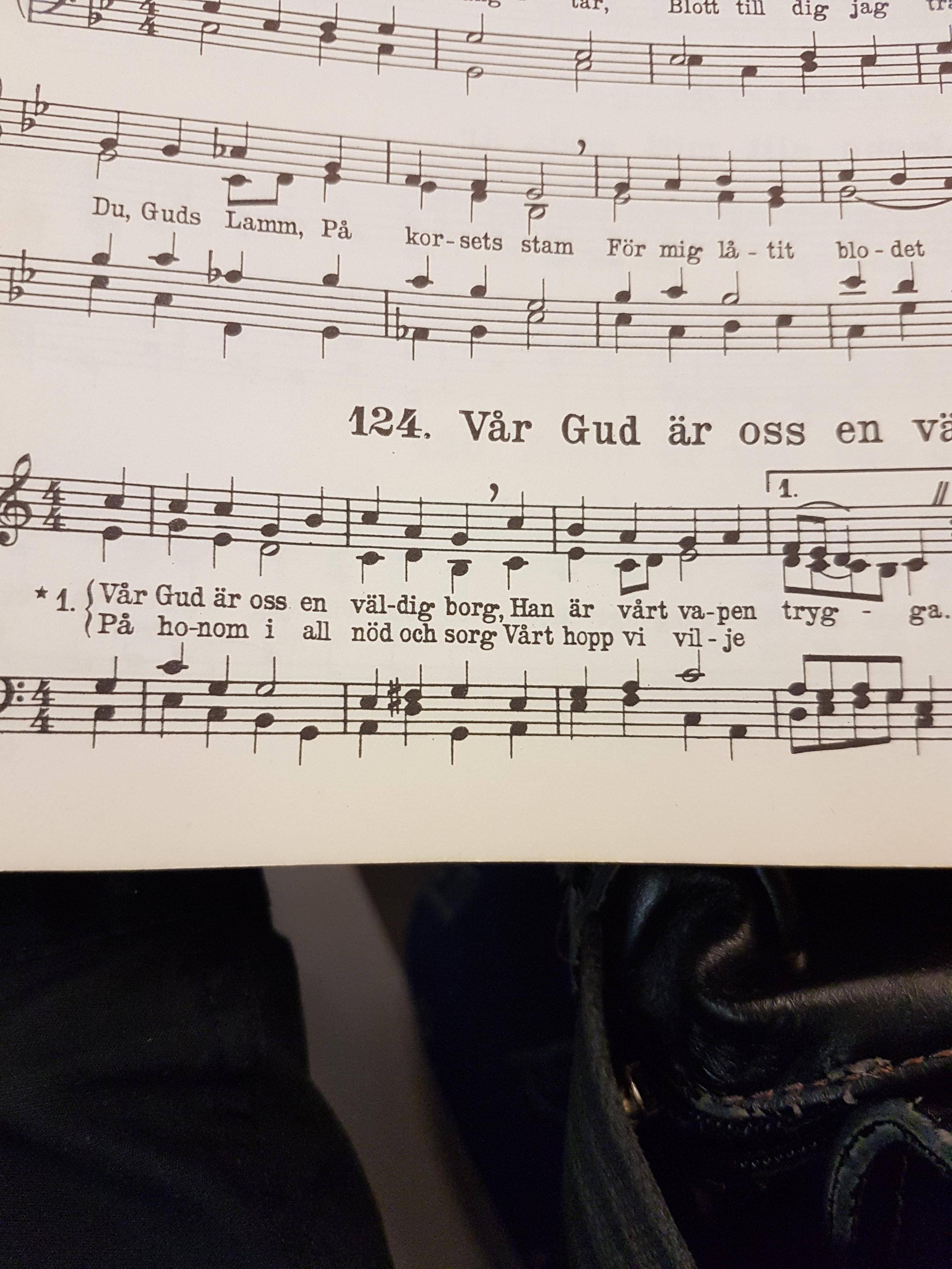 This is "A mighty fortress is our God". Two versions: The one with lyrics is taken from the 1939 Church of Sweden chorale book, the other from a book on how to play the organ.

Why aren't they the same when it is the same hymn (with the same lyrics)? If I were to read the lyrics/text I could accent different words. These two versions sound different if I just read them as written.

The history of hymn tunes is all about evolving musical styles and adapting old material.

The Wikipedia page gives a summary for this particular tune.

It's original form was... 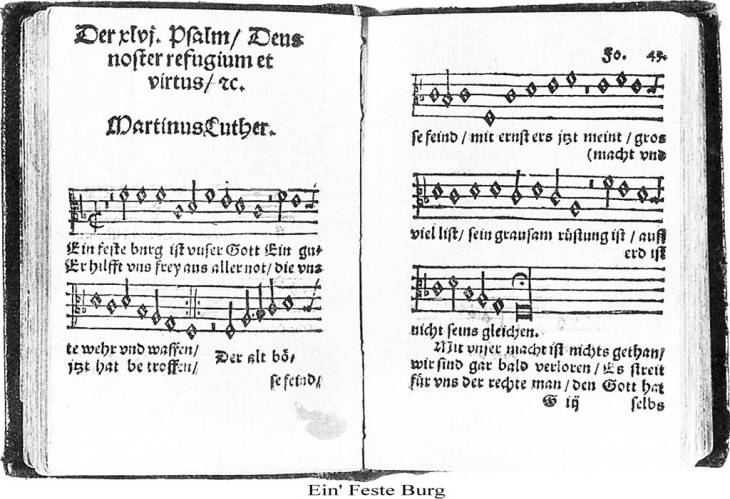 The German Wikipedia page shows that mensural notation in modern notation and then in metered form...

The point is that we can't even begin talking about different forms of the tune without first acknowledging that there are several historic phases adapting the tune to changing notation and rhythm systems. This addresses directly the first difference in the two examples you give where the barline is placed at different points. It also sets up the general idea that these tunes are adaptable.

Now let's move on to the harmonization.

Your harmonizations of the two examples are:

It should be clear that the general harmony of those two is basically the same. I tried to line up the similar chords visually. Both phrases use six chord. The only difference is the first one uses a iii mid-phrase and the second uses V to harmonize the B natural of the tune.

Bach wrote three harmonization that appear in the 371 Harmonized Chorales:

The second example follows the notation of the Bach examples using only a quarter note with fermata (or comma) to indicate a pause.

The first places the barline differently, but strong beat positions are still the same. The first note is on a weak beat.

Both move by quarter notes until the phrase end. The ending is supposed to be long, but it's open to interpretation how long to hold the end, because they all have fermatas/comma.

The wiki page shows two other rhythmic forms, rhythmic and isometric (I confess I don't know what those terms mean)...

Ultimately, I think the answer is the rhythm of the original mensural tune is open to interpretation when you put it in metered form, but overall the general rhythm is the same: start with a weak pulse, three strong pulses, end on a long, strong pulse.

These are not two different versions of the same hymn. The only difference is that one note is held longer in places. People in different places hold that note longer, so to keep it in a standard 4/4 time signature, the first note is moved to beat two to make up for the extra beat in the half note (then rest.) I have heard it sung both ways. The pick-up to the second phrase, whether after a half note and rest, or after a breath mark, still begins on beat 4.

You don't need to change the accents of the words. 4/4 is just about the same as two groupings of 2/4. In both of these, you can see that the same words and notes fall on the same part of a grouping of two.

Two versions of hymns (same words) happen all the time, but they are called alternate melodies. The melodies are completely different, not just one note held longer.

9
Is there any difference between these two note values?
2
Are these dotted and tied rhythms equivalent?
1
What are these rhythms?
6
How does 'meter' differ from 'rhythm' in music?
2
Limits of interpretation in timing in a Bach piece
1
Rhythmic analysis examples by jack Perricone
5
These two phrases use exactly the same notes, but one sounds major, the other minor. Why is that?
1
Why is the Proper Sarum mode notated differently than it sounds (in the Yattendon hymnal)?
2
Are the correct Takadimi syllables notated in these exercises?
2
Have I sight read these IΔ7 hymn chords properly?