What does this double-treble double-bass staff mean?

Half-way through Rachma.’s Prelude in C#m there is this connected set of double clefs. Can anyone tell me what to do? It was a single set of bass and treble clefs for half the song.

I thought maybe there was a DC Al Coda (sp.?) thing going on where I should perform one set and return to play the second... no idea really. Thanks in advance for the help. 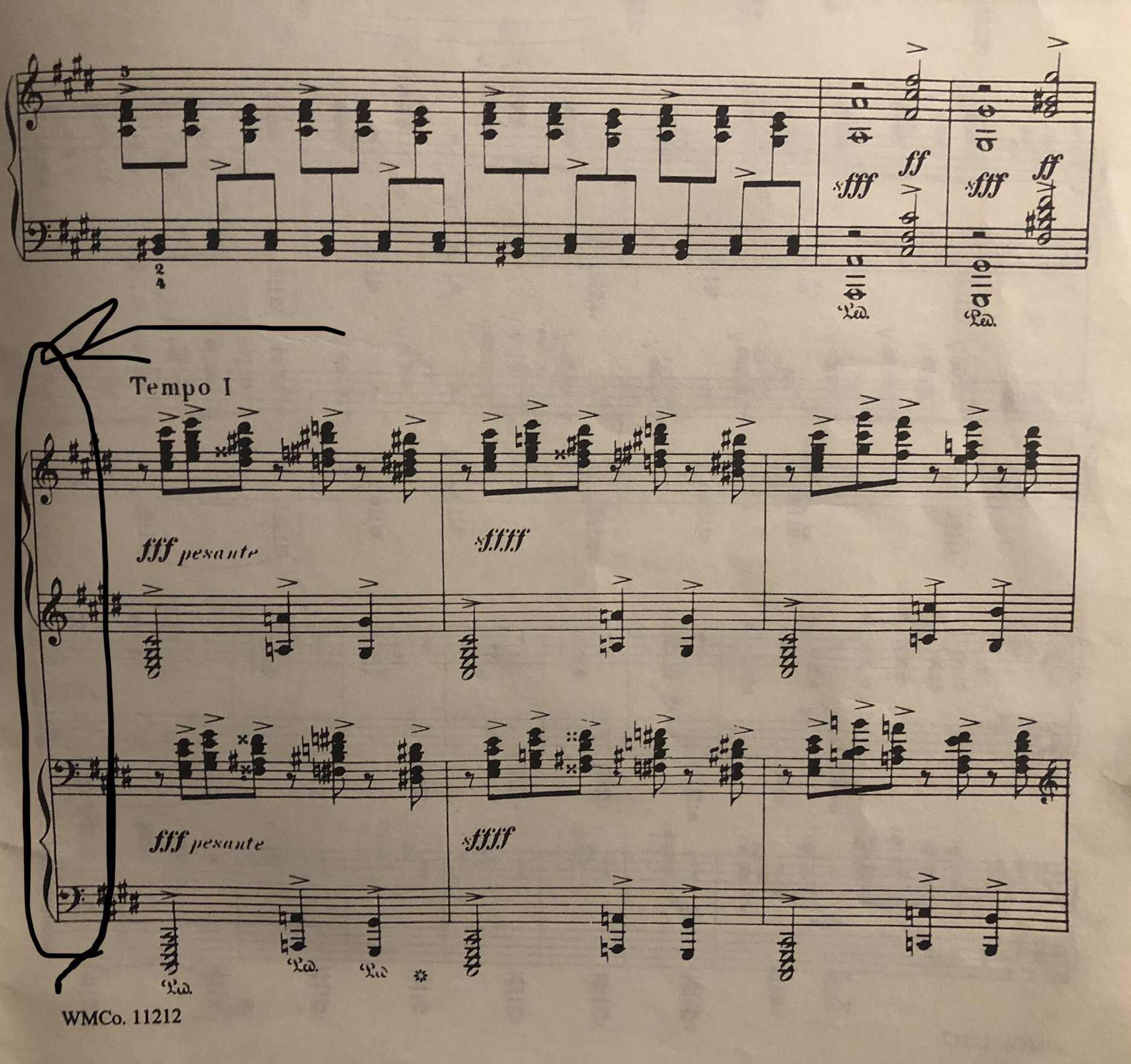 He was quite a good player - flamboyant, too. Looking carefully, in the double treble lines, he'd play the chord at the beginning of a bar, then the three quaver chords, come down again for the next octave on beat 3, then go back up again, and so on, all with the r.h. The l.h. is similarly played. There's so much going on, it's better to read (and write) separating the 'two parts' in each hand.And 'ffff' means give it all - no chance of playing the wrong note by mistake - everyone's going to notice!

It's virtually SATB, but for one player. Takes a bit of doing, but when it's ready, not only does it sound fantastic, but it looks spectacular.

It’s split up into double staffs just so that it doesn’t get as crowded as it would be on two staffs. This notation is fairly unusual but not exceptional, as a way to write densely-textured sections more readably.

Reference performance on YouTube, with score (double-staff passage at 2:21)

You can play it all at once. It's pretty 'bravura', but there's plenty worse in Rachmaninoff. :-) You could just about write it all on two staves if you wanted to.

16
What are all these symbols in some old sheet music?
1
Where can I find a composition teacher?
2
Piano playing matching pitch of spoken voice - is there a name for this?
4
staff, grand staff, staves? what does it mean?
3
What does this tenuto notation mean?
2
How to record/stream digital piano and microphone audio at the same time
6
What does this portion of the score mean where the treble and bass clefs intersect?