is this F 6'9 chord a figured bass or a chord extension?

I am looking at a lead sheet for I loves You Porgy, and the chord notation reads like a figured bass but does it not make sense as such, so I am wondering, if it is intended as a chord extension for F6/9 chord?

This is a plain major F with 6 and 9 (major) added for some color.

You can consider the 6 and 9 as optional, this symbol will sometimes appear when 6 or 9 is in the melody or when there is some nice voice leading possible (or characteristic to the piece) in the context.

--- update and clarification (after some additional comments)

When chords get jazzy, the notation becomes less about rules and more about conventions and communication (hand-waving). As you can tell from the various "identify the chord" questions on this site, it's far from an exact science.

A rule of the thumb for major chords is that you should not think about any specific notes, but first decide whether it's a dominant chord or not.

When you know the function (major or dominant), then you can pick up the best sounding voicings - and there will be certain tension (no pun intended) between what's exatly in the chord symbol and what "plays right" in the context. It's an artistic choice - and with a choice, comes a responsibility.

A good resource and an eye opener is the Ralph Patt's Vanilla Book - a collection of standards that leaves out the "colors" up to the performer - and provides just the actual, vanilla chords.

Yes, this is a chord extension. This is not at all a figured bass - imagine: Gershwin's music of the 20th century notated in figured bass, more Jazz that any other "classical" music!

This is the final chord of a phrase of the verse with an added 6th and an added 9th:

The added picture shows that F maj7 would be an option too, of course. The 2 chords above the rest in OP's example are the transition chords to the bridge (B) in a minor. 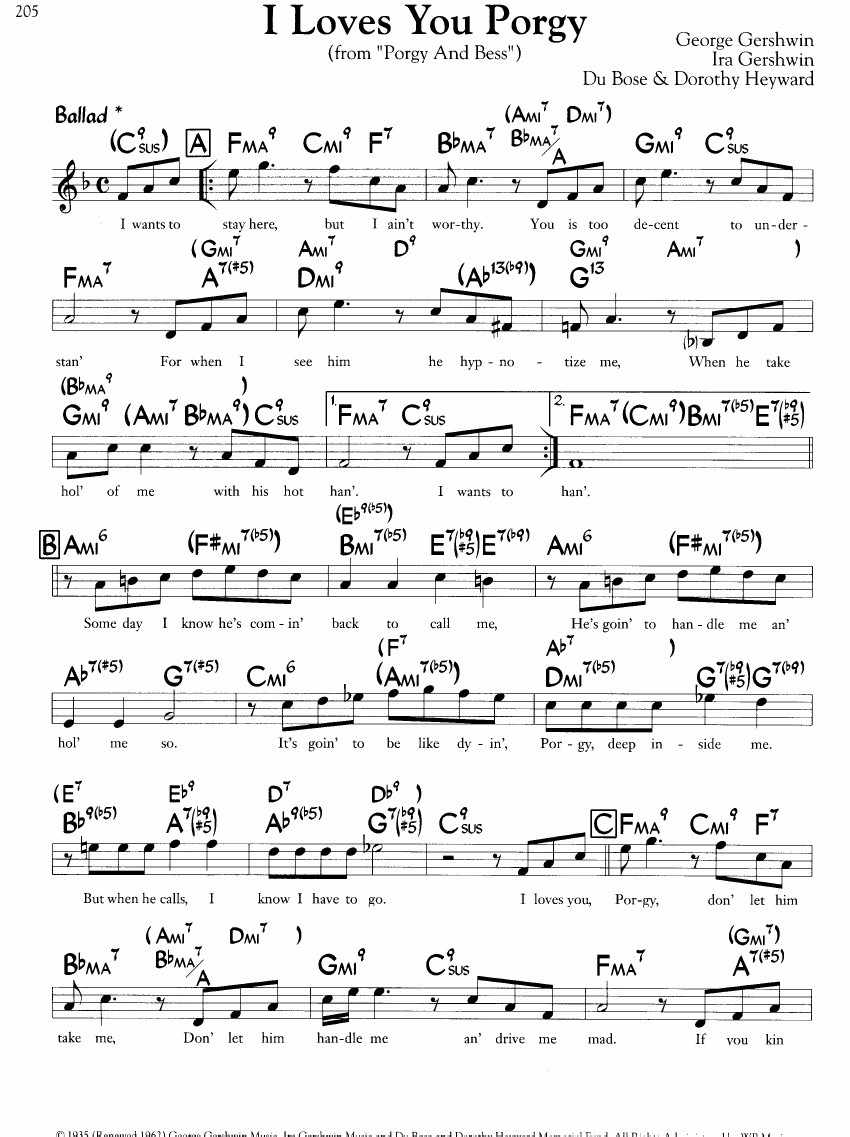 Not the answer you're looking for? Browse other questions tagged chord-inversions figured-bass or ask your own question.