I encountered a notation in the Chopin's Polonaise, Op. 53 that I have not seen before: smaller font notes not explicitly following the time signature. 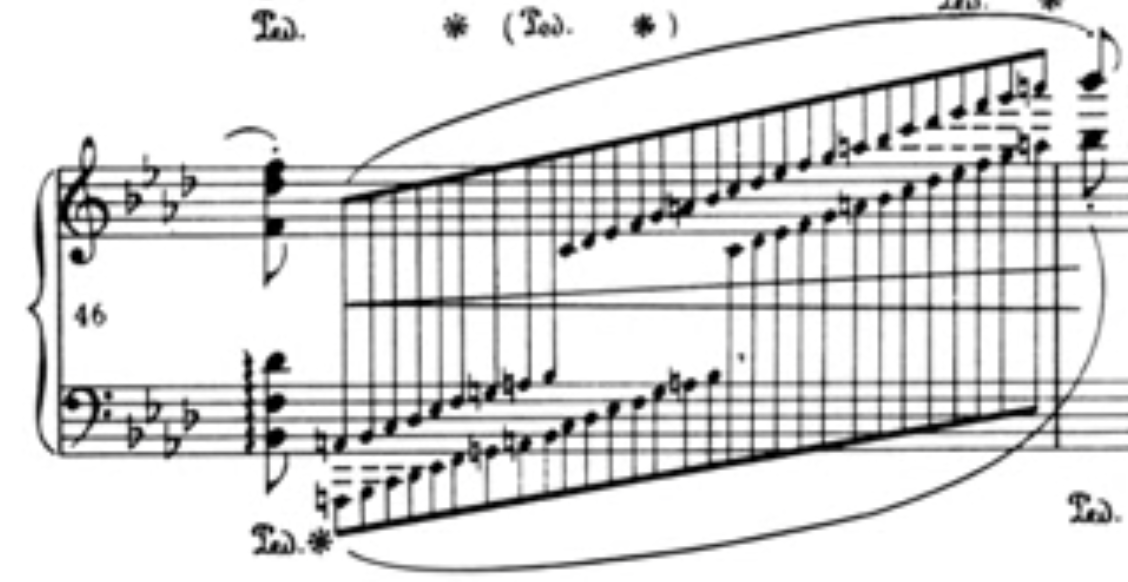 While it is pretty obvious how it is played (fast "dimensionless" passage), I wonder:

It's commonly called a roulade, or sometimes fioritura from Italian "flourish." In his later compositions, they're often more elaborate than just a scale.

It makes no sense to call it a tuplet, unless it's Ferneyhough or Berio ironically quoting Chopin.

As marcelloverylongname commented, this is a run. The notation is easier than trying to notate 29 notes into 5 eighth-notes. ( 6-6-6-6-5 ? ugh)

Given that this is in the middle of the piece, in 3/4 time, with only an eighth-note in that bar, you should make the run come more or less close to using up the remainder of the meter in that bar. A little time-stretching is acceptable.

I also found a term tirata (or tirade), which I am not sure can be applicable to Chopin.

Another source, that is actually referenceable, "Musica Poetica: Musical-Rhetorical Figures in German Baroque Music" by D. Bartel has

Tirata: a rapid scalar passage, spanning a fourth to an octave or more.

This book contains some historical categorizations and characterization of what kind of ornaments are there. However, it seems like the "ascendence or descendence sequence of rapid notes" is a pretty universal definition.

The Deutch Wiki and Russian musical encyclopedia might also be interesting sources. However, it is certainly a bit awkward to use this baroque ornament for Chopin's pieces, while it allows (in my mind) to distinguish between an arbitrary fioritura (as well pointed out by @Camille Goudeseune's answer) and an ornament that is strictly ascending in nature.

Not the answer you're looking for? Browse other questions tagged piano notation terminology or ask your own question.