Is it normal for oud strings to touch other pegs on the head?

Recently I bought a cheap old oud without strings. I am an irish bouzouki player, so the wooden tuning pegs and the curved, angled head of the instrument is all new to me. The is noone near my place that could take a look at the oud, so I'm asking here.

As I put the strings on the oud (according to this picture) I noticed that some strings touch some other tuning pegs that are closer to the neck.

I tried to draw what I mean in the photo below (the problem regards not just this one string but more of them, I just wanted the picture to be clear): 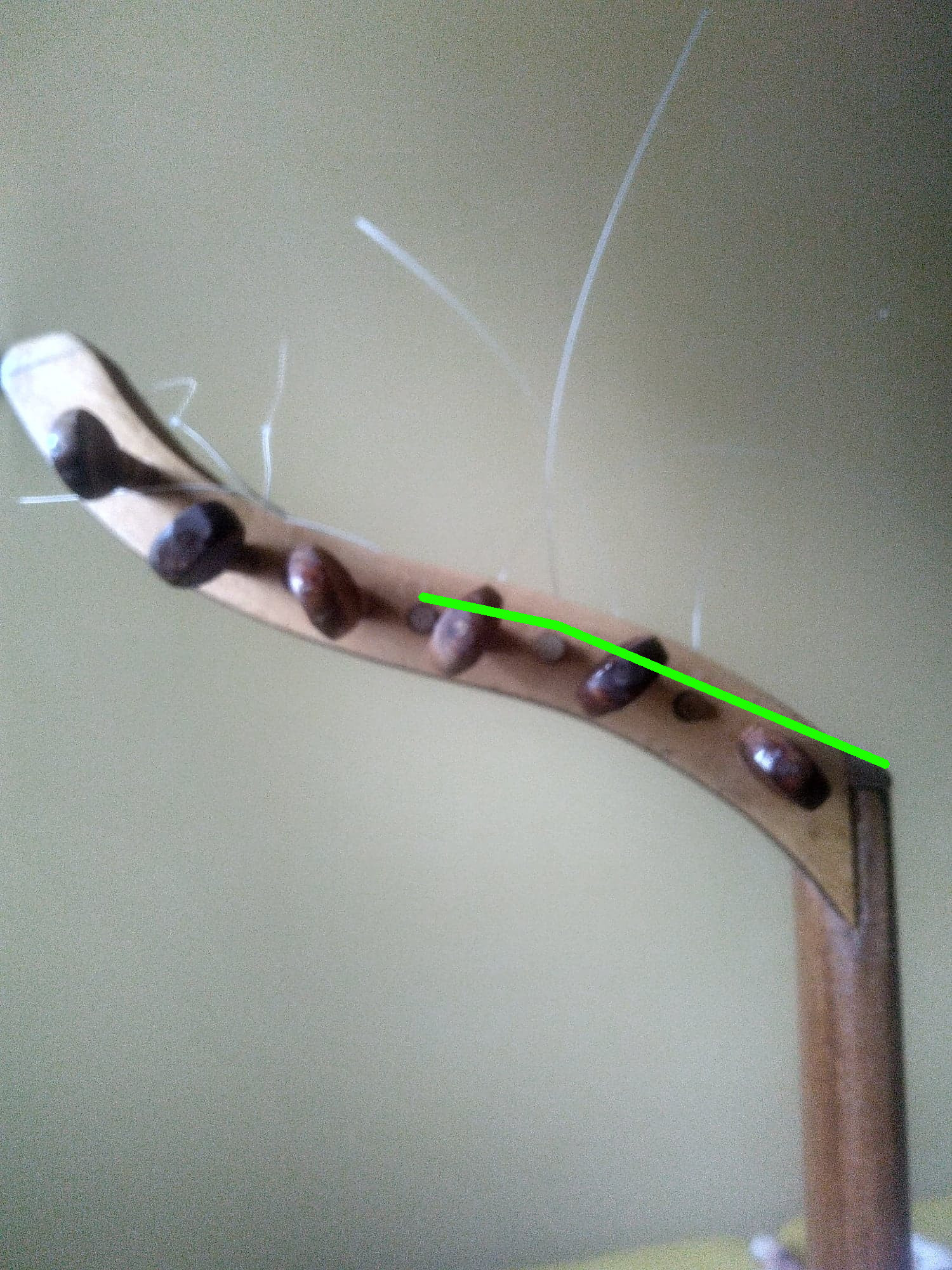 While the angle of the bent string is not very sharp, I think it still creates some friction while tuning.

The nut is 5 mm thick, but even if it was twice as thick, some strings would still touch the others' pegs. If it was even thicker, I fear that it might cause too much friction while tuning the strings close to the neck, as their angle over the nut would be very sharp.

My question is: Is this normal with oud heads? If not, is there any way to fix it except for cutting the head off and repositioning it?

On some ouds, the strings do graze other tuning pegs. On other ouds, they don't. But the extra friction from grazing another peg is negligible compared to that at the peg it's wrapped around, as anyone knows who's helped a boat dock, holding a rope thrown from the boat. If you wrap it once or twice around a bollard, you can hold even a ten ton fishing vessel. If you don't, you're going swimming. The same principle also explains how wrapping a thread once or twice around your finger gives you enough grip to yank and break it.

The large angle taken by the strings of the pegs nearest the fingerboard is common to all ouds. It looks scary if you're used to a violin, but once the string is near its full tension, tuning it moves it back and forth hardly at all. It won't saw a groove deeper into the nut every time you tune!

Not the answer you're looking for? Browse other questions tagged strings instruments oud or ask your own question.

18
How can I effectively secure guitar strings to the tuning pegs?
5
Playing non-Western scales on the Oud
3
Is zenne oud better for starters than the regular one?
11
Stringing alternatives on classical guitar (headstock)
4
How should I go about learning the oud?
10
Why are Arabic Ouds built with 12 pegs when they usually are strung with only 11 strings?
8
Is it an advantage for the headstock geometry to minimize the string deflection between slot and tuning peg?
5
Is it normal for an Oud/Lute not keeping in tune?
0
Why do we use such different picks for guitar and oud?
1
Is it normal for beginner guitarist to break strings often?