Is there a preference for the key of G major on the guitar? [closed]

Ask Question
Asked 7 months ago
Active 7 months ago
Viewed 312 times
-2
Closed. This question is opinion-based. It is not currently accepting answers.

Kind of like how the piano is biased towards C major. I'm wondering if the guitar makes G major and its associated chords easy to play.

In a Spotify research article they found that G is the most used key (followed by C major). In the article they theorize that most compositions are done on either a piano or guitar.

So, why is G major the most popular key signature in Spotify’s catalog? It’s likely because most popular Western contemporary music instruments are biased towards certain keys.

They conclude that G is easy to play on both guitar and piano. By why is G so popular on guitar? The tuning is EADGBE, so it could also be C major for example. I personally thought that C major would be the most popular because its diatonic chords are easy to play on both piano and guitar.

Another factor needs considering: not just each chord and how easy/hard it is to play, but the transitions from one to another.

I don't believe that key G is easiest. The I IV and V are G C and D. Looking at the plane each hand shape has to be in, there's a lot of movement between each.

I've always found that key E is easiest for beginners, who are able to play several songs in a couple of weeks, using three chords. I IV and V here are E A and B7. All are in the same plane, and there are common notes which can be pressed by the same fingers - thus there's fewer moves needed to change chords.

When other chords present themselves - mainly ii iii and vi, it throws the whole argument open. Why would key G be best, with Bm?

The question is flawed unless it's established whether we're discussing three chord wonders only, or pieces in a key with any appropriate chords. And popular isn't really a synonym for easy. There are actually a lot of classical pieces based in key E and A, probably because those two notes can be played open as bass notes easily. Genre will also be a deciding factor.

One thing to consider is that the open strings really only matter to guitarists on the less advanced side of the learning curve. Typically, guitarists care about open strings for two things: open chords (you know, two-three fingers and a bit of muting), and harmonics. Open chord voicings are what beginners use the open strings for (not that there's anything wrong with that, though).

Anyway, in G major, the I chord, IV chord, and V chord are G, C, and D. All of those have nice, easy open voicings.

In C major, those same chords are C, F, and G. C and G are fine, but people who play open chord voicings often note that the F major chord is one of the most difficult ones to play. So, at least by the I-IV-V metric, C major's not as easy as G major for open chords.

Actually, D major is another possibility: D, G, and A are all pretty simple (especially compared to F).

E major also is another popular guitar key, for good reason: most guitarists learn pretty early on how to play E, A, and B.

A major, too. A, D, and E are prioritized chords as well.

Not sure whether you could say that G is the best key for guitar. But it certainly ranks pretty highly on the list, especially against C major because of the difficulty of the F major chord. Most chords in G major (not just the I, IV, and V) are pretty easy to play, and by the time a guitarist learns about chords going much farther outside of the key, they can probably play in just about whatever key they so desire.

Keep in mind, also, that this is within a very specific context of generally harmonically simple songs, and in different genres, the easy keys may vary (as an example, Blues, with its 7th chords, would have different entry-level difficulties for its 12 keys).

These are the types of chords I'm talking about, for reference: 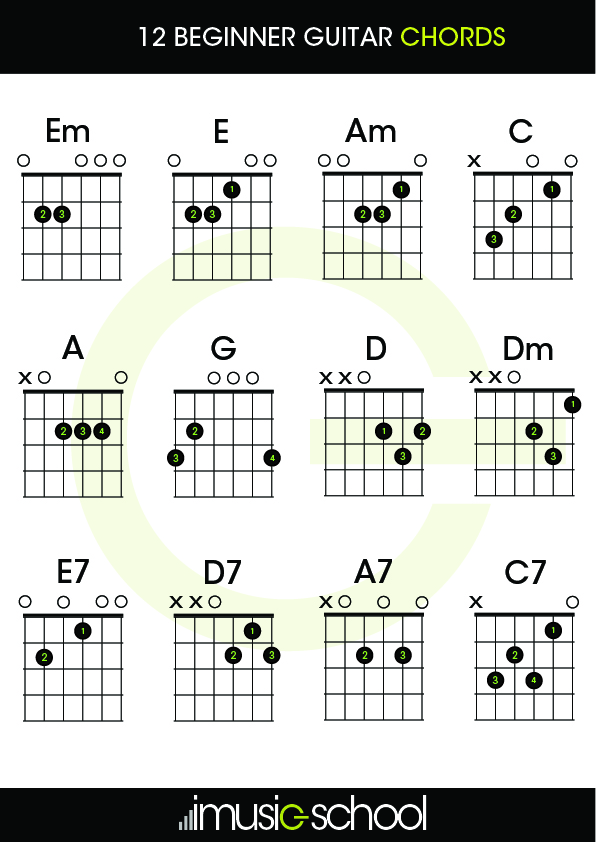 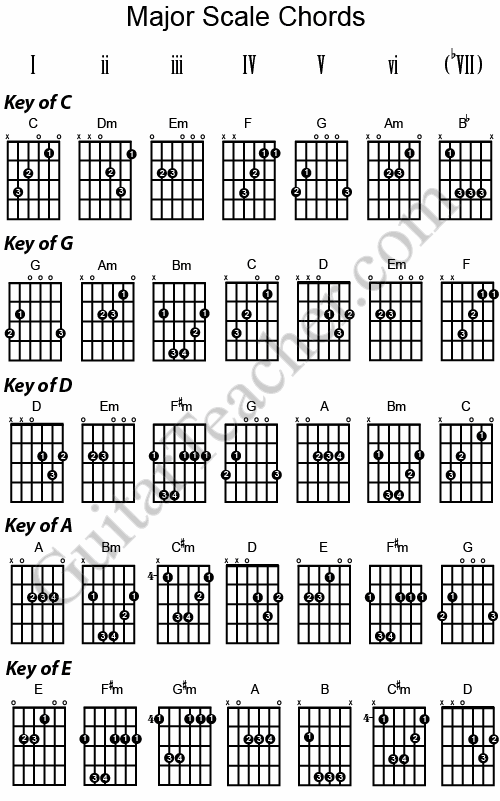 I'm suspicious of that Spotify survey, not least because the chart was laid out by someone who includes A♯ minor and D♯ major in the list of keys.

My experience tells me that while some genres (country perhaps) might tend towards guitar-friendly keys - not because the chord shapes are 'easier' but because of the characteristic licks that use open strings - most songs are pitched to suit the vocalist's range. And those studio guys didn't bat an eyelid at keys like D♭ or B.

Maybe if you only listen to second-rate Ed Sheeran wannabees the picture is different :-)

Incidentally, a lot of untutored pianists gravitate towards playing in F#. If you stick to the black notes, a whole lot more random stuff fits. It's the same idea as guitarists copping out with a pentatonic scale.

I'm skeptical of the article you cited, but there's a lot of upside to basing a song on G. Not necessarily G Major mind you, but having G as the root of a song written in a minor key, or mode or something other than the traditional Major scale.

One reason I like G as my key center is that it's near, but not at the bottom of the range of the instrument. I can establish a good key center, but I have the ability to go down to the m6 and resolve up to my root. That can create some nice effects.

But, there are more, and arguably better reasons to chose key centers. As someone else mentioned, you need to accommodate the other instruments in the band, usually the vocalist. And if you're playing with a horn/sax player, you're gonna play in Eb and Bb a lot. 😉

One benefit of the guitar, however, is that unlike a brass instrument or a vocalist, you can dramatically change the range by changing your tuning. Eb is pretty reachable for most guitars as is. Going to other keys is possible, but it' probably going to require different strings and a setup on the guitar. That's a bit extreme, but I have a friend who plays in some jazz groups who bought an inexpensive guitar, and had is restrung and setup for Bb. Works for him...

I am actually not too enamored with G major since trying to accommodate this chord's purity pushes the intonation of a guitar way into awkward region. Its base notes on the E strings are a minor third off from the open G string, and the other open intervals don't help. So intonation of G major tends to be a prime source of conflicts with getting other important chords and scales to sound well.

Not the answer you're looking for? Browse other questions tagged theory guitar tuning key or ask your own question.

5
Can a song in one key contain major chords that are not in the key? Or does that change the key?
24
Why is music for strings more likely to be in keys with sharps?
3
Do notes from non-natural minor scales fit well in the associated major key?
1
Seagull S6 acoustic guitar feels very hard to play
2
Confusion about C Major Chord on guitar
9
What are 'alternative tunings' of a guitar and why would you use them? Doesn't it make it more difficult to play?
2
Should open strings on guitar be tuned to the key of the song played?
2
Why is F sharp the only sharp Major Diatonic Harmonica offered and why is there no G flat harmonica?
1
preference of the key of B or Cb (also G#min and Abmin)
1
Is B major harder or easier to play on strings than Ab major?