What is this chord progression? and where do this chords came from? 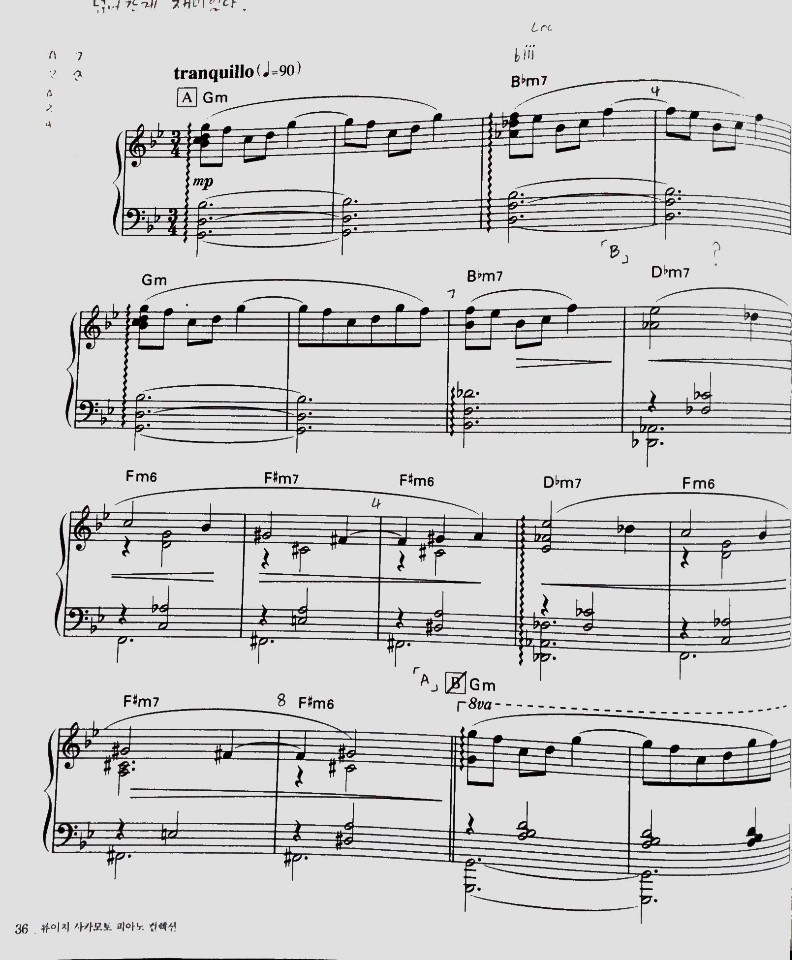 after the sudden change to [B] part at measure 7, a chord progression

I can't figure out where this chords came from.

where did this chords came from ? did the song suddenly modulate to another key ? if it did, to what key ? and how ?

or are this chords modal interchange chords ? in this case, I can't seem to find what modes did this chords came from .

I could understand the [A] section's 4th and 7th measure's Bbm7 chord, Which is a modal interchange chord from Locrian mode. But I can't seem to figure where the [B] section's chord's came from..

Here’s my take on it based on playing chords and scales over it and feeling the tonic. The written key signature (two flats) doesn't reflect the key changes.

If you want to question and validate this (you should), play the scales of those keys or modes (if you want to see the Fm6 as F dorian), and play cadences that lead to the claimed tonics. For example, to validate the claim that the F#m6 is a iv of C#m, press pause there and play F#m6 - G#7 - C#m.

For me, the Dbm7 - Fm jump has two possible “meanings” or interpretation: it also feels like a jump from iv of G#m a.k.a. Abm, which would mean a three-semitone change of tonic from Abm down to Fm.

The thing about such harmony jumps is that there are multiple plausible interpretations being “tracked” at the same time.

If you ask why these jumps "work", well - it seems that all the key changes (except when it wraps around from F#m to Gm) can be seen as three-semitone tonic jumps, which is common in jazz. But I'd challenge you to present a key change or chord combination that does not "work". Basically any combination of chords and/or keys makes you feel something. Whether you like that feeling, or whether you can create a melody that takes advantage of the feeling, is another question.

Anyway, thanks for the question, it's a nice tune I hadn't heard before, and it was fun to play over. Here's my polka reduction of the song.

Too bad the reduction didn't help you to feel the tonic jumps more strongly. :)

If we want to look for larger groupings, it would be well to look at the melody, whose smooth movements make up for the jerky chromaticism of the harmony.

In the A section, the melody is diatonic in G natural minor. The Bbm7 might be heard as a neighbor chord to Gm7, since just 2 notes move by half steps and back (D-Db; G-Ab).

In the B section, the melody is mostly diatonic in Db major, suggesting we view the harmony as i-iii-iv, although the modal mixture is then heavy. The tensions on the Fm chord are not diatonic, although they can be viewed as chromatic passing tones (Eb-D-Db; Ab-G-Gb). The F#m6 chord then leads directly back to Gm, as if it is a substitute for F#°7 (= vii°7).

1
A#sus4 or A#add11 Chord?
4
Analyzing Hisaishi Joe's Song "Reprise"
2
Analyzing Hisaishi Joe's "Path of the wind" 2
1
A Dominant 7 in F major?
4
What is the use of the minor V chord in this song?
0
Analyzing Ryuichi Sakamoto's "Ballet Mécanique" 3
1
Identifying this chord (Fb Db F?)
4
Can anyone help me understand this chord progression?
4
Chord Progression fits Modal Interchange but seems to have a borrowed chord(?)