Can the leading note resolve down? 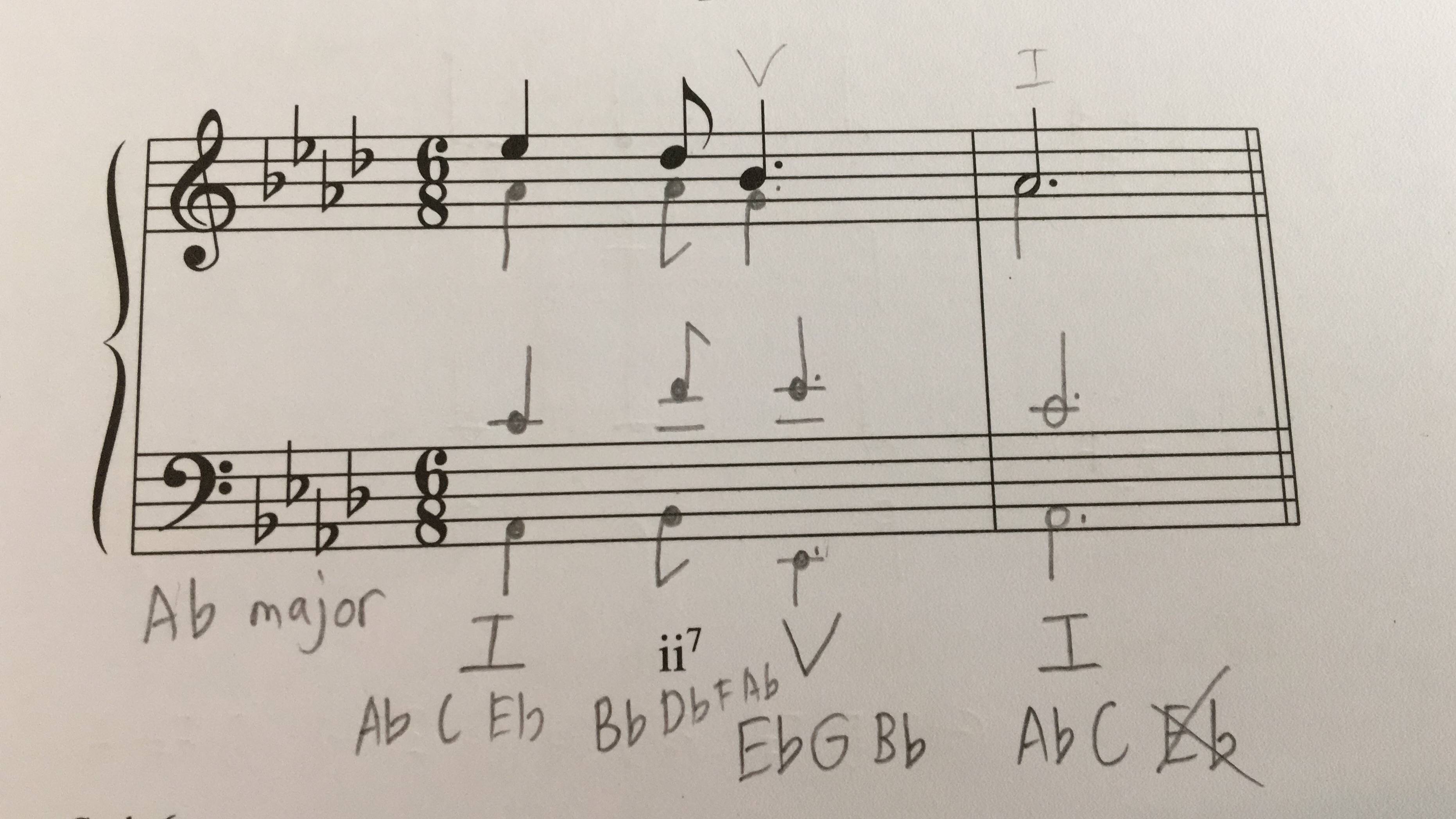 Would like to ask if the leading tone in chord V (G) could resolve downwards to Eb (fifth of chord I)?

I’ve somehow recall reading that the rule (leading note MUST resolve to tonic) only applies to the outer voices.

The typical rule is that the leading tone must resolve up to tonic when it is in an outer voice (that is, the soprano or bass). If the leading tone is in an inner voice, it can resolve down a third to the fifth of the tonic chord (a so-called "sprung" or "frustrated" leading tone).

Bach occasionally leaps the leading tone up to the third of the tonic chord, but not very many textbooks seem comfortable with presenting that as a possible option.

And later in your studies, you'll encounter moments when an outer-voice leading tone can resolve down: if it moves down to vi, for instance, or if it's followed by a secondary chord (or "applied dominant"). But save that for later!

And lastly, if you've heard the term "direct fifths" (or "hidden fifths"), they technically occur between the soprano and bass moving into the V chord. In short, these happen because the outer voices move in similar motion to a perfect consonance with a leap in the soprano. If you want to fix this, simply move the bass in contrary motion to the soprano by moving up to the E♭.

In standard harmony, you do have the thing that the leading tone can fall down by a third. This only applies to cadences and should only be done in the inner voices.

On further inspection, I can see your last chord is a prime candidate for the lowering of a third. Although it is true that the fifth is the least important note of the chord and can be omitted, you still want full chords as far as possible.

If you let your leading tone drop by a third you can end on a full chord and make it slightly better. What you did was not wrong though.

The leading note has a tendency to resolve up to the tonic. Be aware of that tendency. Going anywhere else may sound odd. (But odd can be good!).

If we're working within the rules of Bach-style 4-part harmony, there's this thing where having a full chord at a cadence and avoiding consecutives can take precedence over voice-leading, particularly in an inner part. Fine. If we're working in that framework, that's a possibility.

It could be argued that it can MOVE down, but only RESOLVE upards. A full final chord can take precedence over Voice leading.

Not the answer you're looking for? Browse other questions tagged harmony counterpoint voice-leading functional-harmony or ask your own question.

7
Why does the leading tone (G#) go to E rather than A in this example?
3
The tonic's seventh

1
Harmonizing melody exercise question with specific parameters
4
Does the rule regarding consecutive octaves/fifths actually hold any weight?
4
What harmonic devices approach the tonic's root from a semitone above?
2
Homophonic Voice Leading (Hymns)
6
Neo-Riemannian Theory, The Minor Plagal Cadence, and Chromatic Voice Leading
5
How to realize a figured bass
0
Soprano melody in PAC
1
Is there a rhythmic counterpart to voice leading? Is counterpoint supposed to fulfill this role?
3
Are "direct 5ths" only a problem if they occur between the same voices?
9
Why does the 7th of a dominant 7th chord have to resolve down in voice leading?