Hidden fifths between tenor and soprano in Tchaikovsky's “Guide to harmony”

I have been working through Tchaikovsky's "Guide to practical harmony" and found the following example quite early in the book:

I am talking about the first measure. To me it seems that soprano and tenor are approaching the perfect fifth in similar motion, which Tchaikovsky strongly prohibits later in the book (giving some exceptions with harmonic sequences). But this example he represents as a correct voice leading for bass and upper voices move contrary to each other.

I have following guess:

It seems like that he only cares about hidden fifths where bass is one of the voices, but he does not articulate it explicitly. In upper voices he cares only about parallel (not hidden fifths).

Can someone give an explanation?

Edit: It can also be added that hidden fifth would have been completely ok, if we had the same tone in one of the voices (oblique motion), which we also do not have.

You can‘t join 2 neighbored chords without having hidden parallels. And they have no common tone! Most important is counter movement between bass and soprano.

Notice also example 27 on the next page: 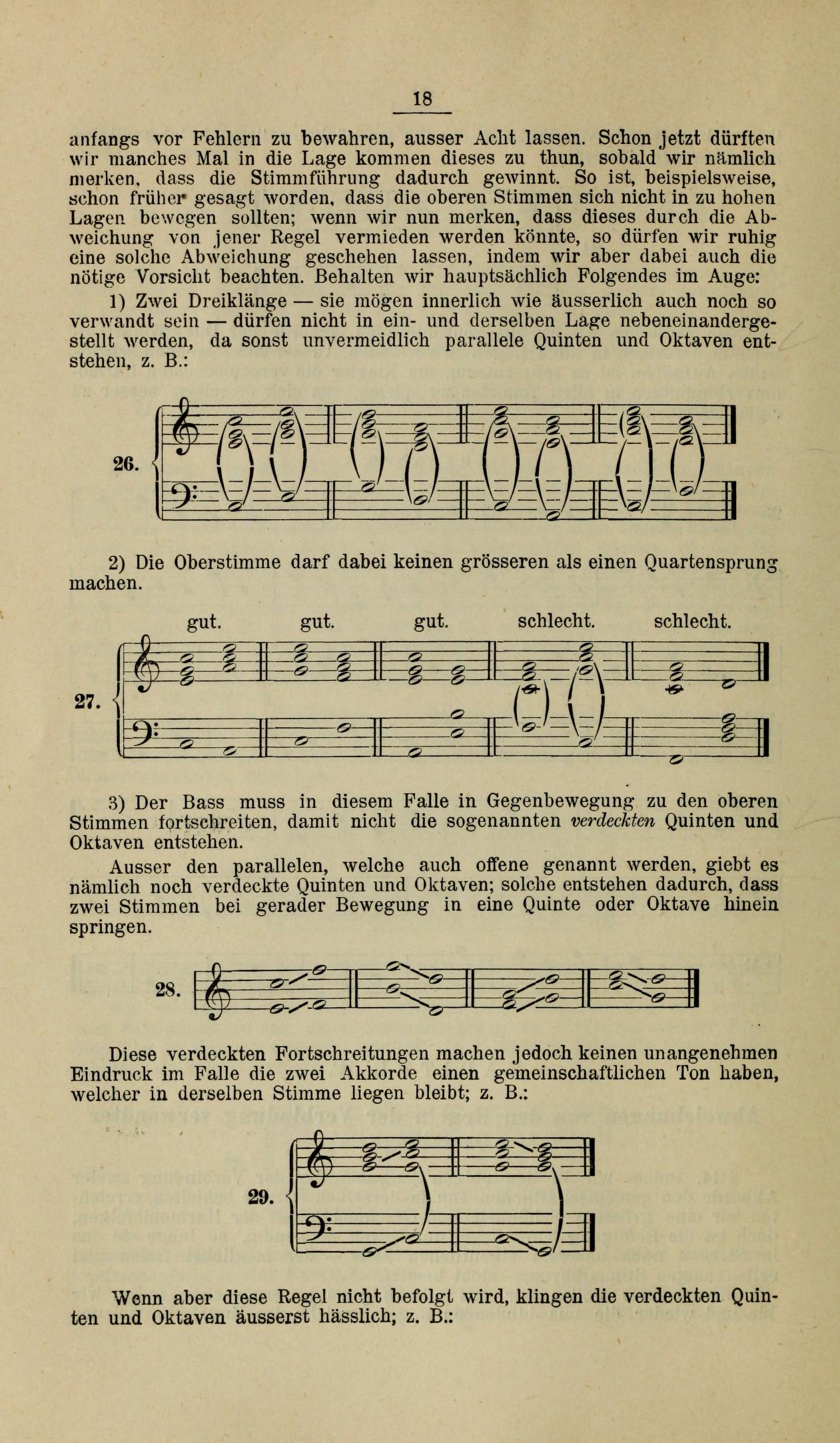 Hidden fifths can actually only be avoided by doubling the 3rd of the second chord like in harmonic minor V-VI.

Not the answer you're looking for? Browse other questions tagged harmony counterpoint or ask your own question.

4
Isn't that (two voices leaping to C like this) a breaking of the rules of four-part harmony?

1
Help harmonizing a piece
4
What harmonic devices approach the tonic's root from a semitone above?
6
Bach's Toccata and Fugue in D minor breaks the “no parallel octaves” rule?
3
Dissonances with bass versus in upper voices. 4-part harmony
1
Constraints for doubling upper voices in 4-part harmony
2
Arranging K 545 for a string quartet, how to write the harmony part
4
What are the characteristics of Late Romantic Russian Music?
1
Is there a rhythmic counterpart to voice leading? Is counterpoint supposed to fulfill this role?
1
How much oblique motion is allowed in 3 part counterpoint