What was the motivation for the invention of electric pianos?

Around the 1970s there were a lot of manufacturers creating electric pianos like the Rhodes piano and the Wurlitzer Electronic Piano. These electric pianos don't sound very close to a real piano, but they sound great as their own thing.

Were they built as an attempt to create a realistic sounding piano that was portable/cheaper and this was the closest they got, or were they not made to sound the same, but for an intentionally different sound with a familiar keys interface?

A lot of instruments from the analog era were supposed to sound like other "real" instruments, and were as good as technology allowed then, which is not very. But over time, some have become popular in their own right.

None of these sounds very convincing compared to the real thing, or to more recent sample-based or modelling-based digital technology. But, as you say, they were cheaper, easier to record, easier to amplify, easier to carry around, and didn't require much tuning; so they were extensively used in popular music of the time, and are now considered "classic" sounds.

Hohner advertisement from 1982, highlighting portability and affordability and promising the sound and feel of a true piano: 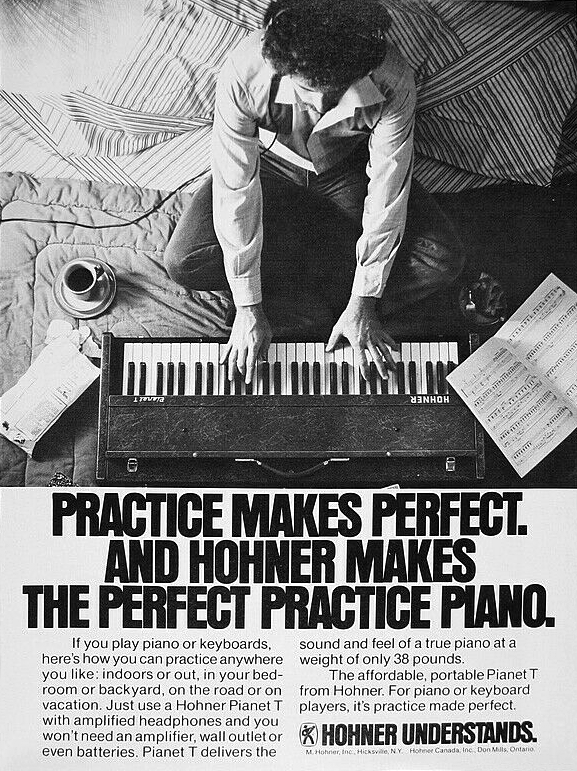 The prototype of the Rhodes piano was created in 1942 by Harold Rhodes which he called the "Pre-Piano". According to this Rhodes soundscape generator page:

Harold Rhodes was a piano teacher who had just developed a new and enjoyable way to learn to play the piano, when the Second World War grabbed him. While enrolled in the Army Air Corps, he kept training his buddies on the piano, during his spare time. When a hospital surgeon on the base got wind of his talent, Rhodes was asked to help rehabilitate wounded soldiers through music and learning the piano.

Unable to find a piano small enough to sit on someone’s lap while in bed, Rhodes came up with his own piano, sized like a briefcase. The “Army Air Corps piano” had two and a half octaves of regular-sized piano keys, and used small aluminum plates instead of strings. These resonating plates were cut from spare hydraulic pipes used in the wings of B-17 bombers.

Both the Rhodes and the later Wurlitzer are mechanical instruments with amplification. That is they work more like an electric guitar than a synthesizer. According to wikipedia this is what defines of 'electric piano' and makes it distinct from a synthesizer. I was unaware of this and had assumed that an electric piano was just a synth with limited customization options.

As for why this became popular in the 70s and 60s, I would think it had something to do with the popularity of rock music and amplified guitars. Another amplified instrument that could be lugged around relatively easily and patched into the same kinds amps and pedals as the electric guitars. A piano is going to have a hard time competing with Marshall stacks without some sort of amplification. 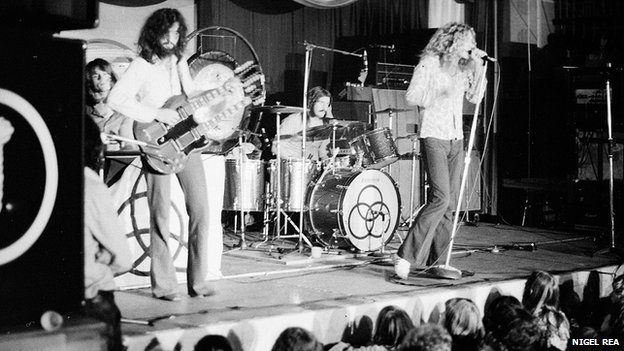 Check out the history of the creation of the Rhodes piano. To quote the article from Wikipedia:

By 1942, Rhodes was in the Army Air Corps, where he created a piano teaching method to provide therapy for soldiers recovering from combat in hospital. He had to develop miniature pianos for bed use, that he made from old scrapped airplanes.

So, "portability" was the motivation there (portability as in one person can bring it into an hospital room).

Not the answer you're looking for? Browse other questions tagged piano history or ask your own question.