Why do I hear a major key lament bass in Bach's Chaconne in D minor?

I noticed as I listen to Bach's Chaconne in D minor, that not only do I hear a lament bass when Bach is in D minor but also when he is in D major. But why? It isn't like the lament bass is normally used in major. I know that Bach's chord progression isn't quite a lament bass by itself, but it is certainly based upon it. Here is where the chaconne starts being in a major key for a while before it goes back to being in D minor(which is about 11 minutes into the video):

Here is my hypothesis as to why I hear a major key lament bass:

A harmonized descending scale in major uses a passing dominant chord in the same place as the passing chord in the lament bass, with the only difference between the passing chords being that in the lament bass, it is minor, and in the harmonized major scale, it is, well, major. But I think the reason Bach is able to get this lament bass sound in D major is because he used it a bunch of times in D minor, so the minor key acts as a preparation for the parallel major key harmonically speaking.

But is that why I hear the descending bass in D major as a lament bass? Does it have anything to do with the minor key variations that came before?

What does Bach have to do with the bass? The Ciaconna is from the Partita 2 for solo violin. While the Ciaconna exercises the polyphonic capabilities of a violin to an insolent degree, Busoni's piano arrangement is something utterly different.

Bach does not compose as much in harmonic progressions as in separate voices embedded in a loose harmonic framework, and the voicing and harmonic framework for a solo violin piece are very much constrained by the technical capabilities of the instrument. It would not be wholly surprising that the framework chosen for an intermediate part in major would be strongly related to that of the minor part.

Which makes it somewhat understandable that Bosoni's attempt of romanticising this into a piano piece would lean towards using a similar technique for either.

If you want to understand how this is conceptualized in Bach, you need to look at Bach's original violin partita 2. I am not sure whether he also created a lute variant like with the partita 3. If he did, the considerably relaxed technical constraints due to the availability of more and fretted strings might reflect his musical concepts even better.

But the piano version by Busoni just gives a message about Busoni.

To put it simply, the fact that Bach is using a progression based on the lament bass when he is in D minor and the nature of the chaconne being variations upon a chord progression means, ...

The chaconne is not built on a lament bass if you by "lament bass" mean a ground bass, built from a descending perfect fourth from tonic to dominant, descending step by step. Here is an image of the start of the chaconne, it is an image from the urtext edition on IMSLP which you can find on this link Violin Partita No.2 in D minor 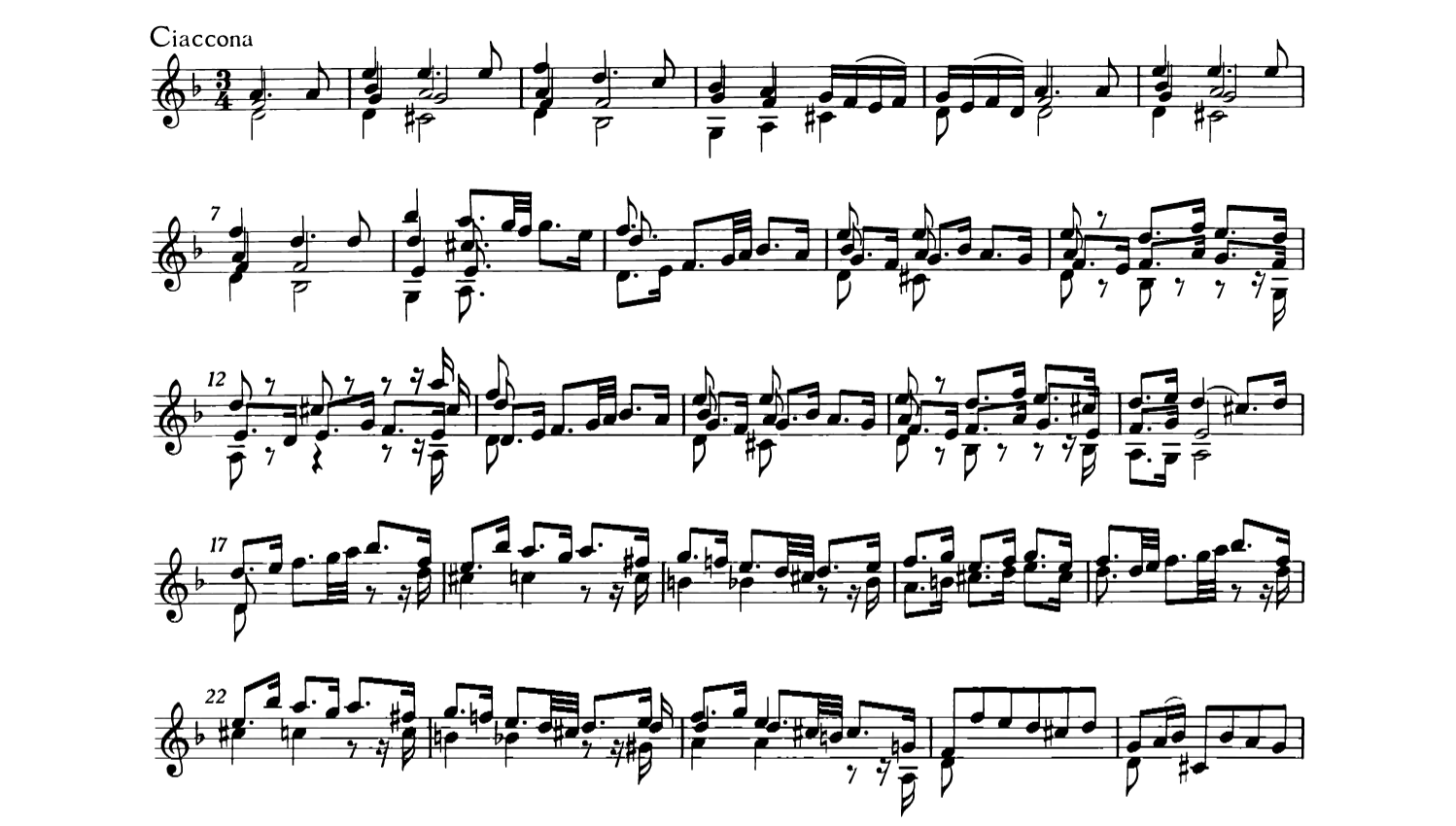 Here is an image from the section where the key signature changes into D-major so you can see what is going on there and make your own evaluations: 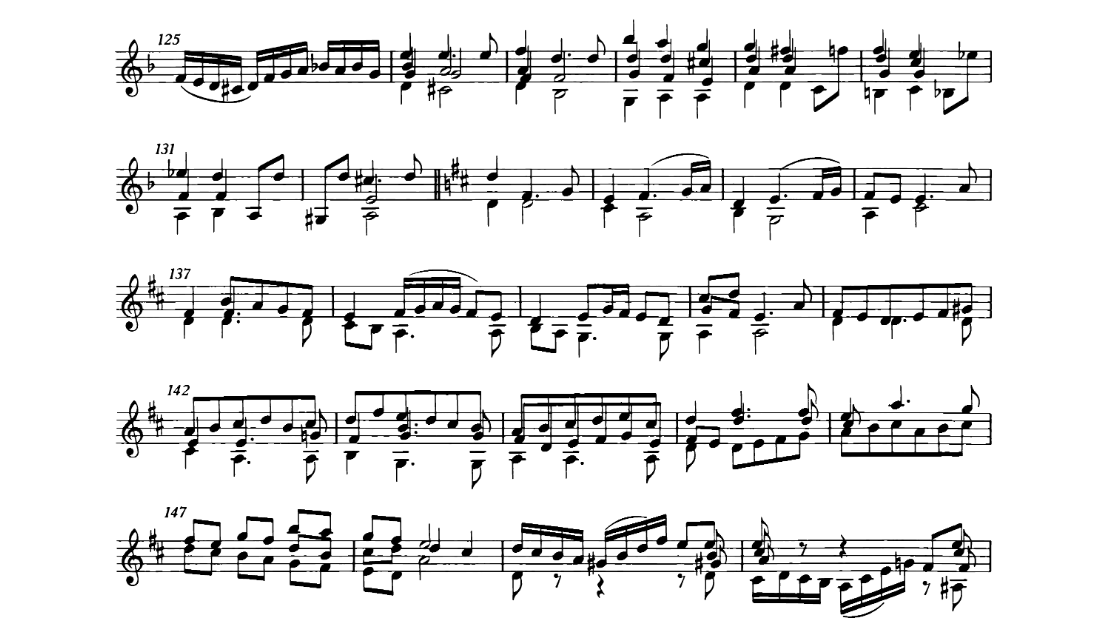 Nobody else can tell you why you hear something that isn't there.

This is Bach's bass line. Not much like the "lament bass" at all, really.

Aside from the fact that the rhythm is completely different, even the minor key version doesn't have the C natural from the "lament bass".

Personally, the main thing I hear in the Busoni is the performer saying "hey, look at how many notes I can play all at once."

Not the answer you're looking for? Browse other questions tagged harmony chord-progressions j-s-bach or ask your own question.

3
Harmonization a minor third in a major key
1
After key change from minor to major, why does the vi chord sound so bad?
4
Why is the G major to Bb major resolution so strong?
1
Augmented triad in Pathetique Sonata? How does it function?
3
Why harmonize non-diatonic notes with major 3rds above, in a "minor key" context?
1
Using an augmented chord to modulate to a distant key, will this work?
9
Can the same song be written in a minor key and major key with the progression written differently?
1
Forbidden/shunned harmonic progressions in 18th cent. counterpoint
1
Understanding method of applying modes on chords