What is this symbol? 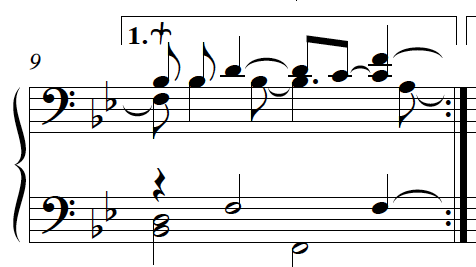 From recordings I can only guess a mordent. I've checked various music dictionaries and done several reverse image searches, all without a match.

As usual, imslp.org is your friend! If you go there and view or D/L one of the early editions, you will find several pages of instructions in the preface. In particular, there are examples of how each marking is to be played. Herewith is yours: 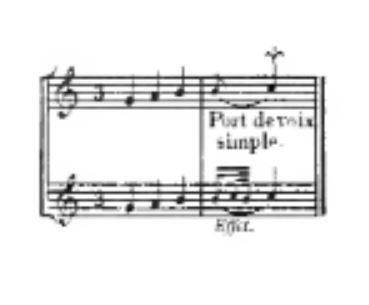 Now you just need to translate the blurry French, or just look at the expanded lower line. There are similar examples of how to play that symbol with other lead-in notes, grace or normal.

This has to be a mordent - as you say:

You say you can hear and you've found music dictionaries explaining this.

I've never seen this symbol before and I'm always sceptical to dictionaries too. But in this case - the symbol is always on the same note and is not remaining to the 1. ending - you can trust the information you have found.

Riemann has written a book "studies to history of notation. This symbol might have been developed from the neumas at the end of the book: 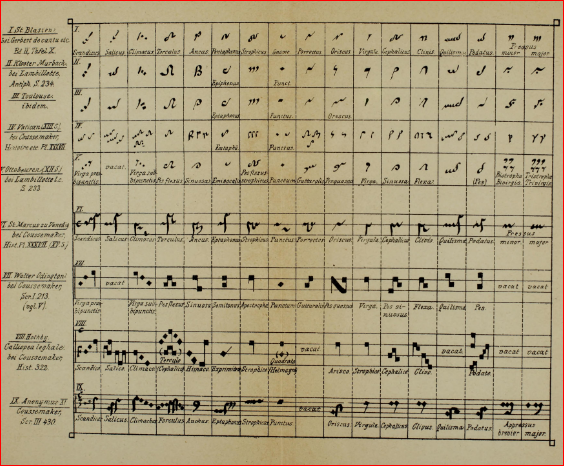 As with the trill, the exact speed with which the mordent is performed will vary according to the tempo of the piece, but at a moderate tempo the above might be executed as follows:

In other languages the situation is different: for example in German Pralltriller and Mordent are still the upper and lower mordents respectively. This ornament in French, and sometimes in German, is spelled mordant.

Although mordents are now thought of as just a single alternation between notes, in the Baroque period it appears that a Mordent may have sometimes been executed with more than one alternation between the indicated note and the note below, making it a sort of inverted trill.

Also, mordents of all sorts might typically, in some periods, begin with an extra unessential note (the lesser, added note), rather than with the principal note as shown in the examples here. The same applies to trills, which in Baroque and Classical times would typically begin with the added, upper note. Practice, notation, and nomenclature vary widely for all of these ornaments, and this article as a whole addresses an approximate nineteenth-century standard.

Not the answer you're looking for? Browse other questions tagged notation baroque-period harpsichord or ask your own question.

14
Why does this note sound like it is not played?
15
What are all these symbols in some old sheet music?
17
Odd symbol in Béla Bartók's Mikrokosmos Book 1
21
Ornamentation symbol consisting of two stacked slashes //
8
What is this musical symbol (inverted “Z” inside a staff)
7
Bach: How is this mordent to be realized? Why do people play it like a trill?
10
Music Notation for Bass - Unknown Symbol : Slash with two dots
0
What does the caret symbol ^, mean in guitar tablature?
2
What does this symbol mean?