Scope of accidentals in measureless music

An accidental usually only lasts until the end of a measure, but what if there are no measures? I'm writing some music without bar lines (blame Satie) and am wondering what to do about notating accidentals, and how people will read accidentals in the absence of bars. As far as I can see it there are three options:

1 seems logical but could get confusing in a longer piece and would lead to lots of naturals to cancel accidentals. 2 could be more workable but might lead to lots of repetition of accidentals near each other. 3 would be asking for trouble.

Is there a convention for this, or do I need to explicitly state what rules I'm following?

I mainly write with pencil and paper, but I'm aware that when I come to put the score into the computer I may have to cheat and have bars with invisible barlines or something, so a rule that can be implemented easily in MuseScore and/or Lilypond/Frescobaldi would be preferable.

Your #2 thought is the convention. Yes, this means you'll need to write lots of accidentals. That's okay. Contemporary players, especially those who regularly perform new music are used to reading lots of accidentals. A fair number of people (including myself) actually prefer reading accidentals over key signatures.

In addition to writing in every accidental, you'll need to include a note in the score / parts above that section saying "accidentals only apply to single pitch" as well as a note in the front matter detailing the same thing. I would also include a lot of courtesy accidentals as well, just to make sure everything is super clear.

There are two basic conventions.

The "second Viennese school" (Berg, Schoenberg, Webern, and their followers) chose to write every note with an accidental, including every note that has a natural.

That is not so bad for monophonic instruments, but it usually looks a mess for polyphonic notation.

The "modernist" or "neo-modern" convention is that an accidental applies to all notes that are immediately repeated at the same pitch. If any other note intervenes, the accidental is shown again.

The second Viennese school convention has the advantage that it is easy to proof read hand written music. Any note with a missing accidental is a mistake, and every note has an unambiguous pitch.

The big problem with the modernist convention is that most computer notation software doesn't support it automatically, and therefore you can "break the rules" but still get the correct computer playback. In practice it is advisable to add plenty of cautionary accidentals, to avoid wasting lots of rehearsal time getting everybody to play the right notes.

Lilypond supports a wide range of different convention for accidentals, including both of the above. See http://lilypond.org/doc/v2.18/Documentation/notation/displaying-pitches#automatic-accidentals.

The option that accidentals last "about a bar" is fairly useless, unless the music is such that everybody reading the score will have the same idea about the length of a bar - and in that case, writing the barlines isn't going to give anyone a misleading idea about the music, so just write them! You can have bars of unequal lengths with no time signatures, if you like.

I yield to the other contributors as regards conventions. However, I would like to share some intuitive thoughts in case they help you.

Meter is one thing, and accidentals are another. If you have a section that is in a certain tonality, for the most part, then you could provide a key signature for that section, and include accidentals in the usual way, within that section. To switch to a different key signature in another section, you could put a double bar line to separate the sections. Depending on the piece, this might help with readability.

When you mention Satie I think of his interest in Medieval music and then I think perhaps you could follow the conventions of modern notation for Medieval music.

For the unmetered part: https://en.wikipedia.org/wiki/Mensurstrich

My understanding of musica ficta is that it was about either raising the 7th scale degree or lowering the 4th scale degree (glossing over the complicated hexachord solfege history.) If the accidentals in your music go beyond that, or if there isn't any similarity to Medieval music, this probably isn't a good idea. 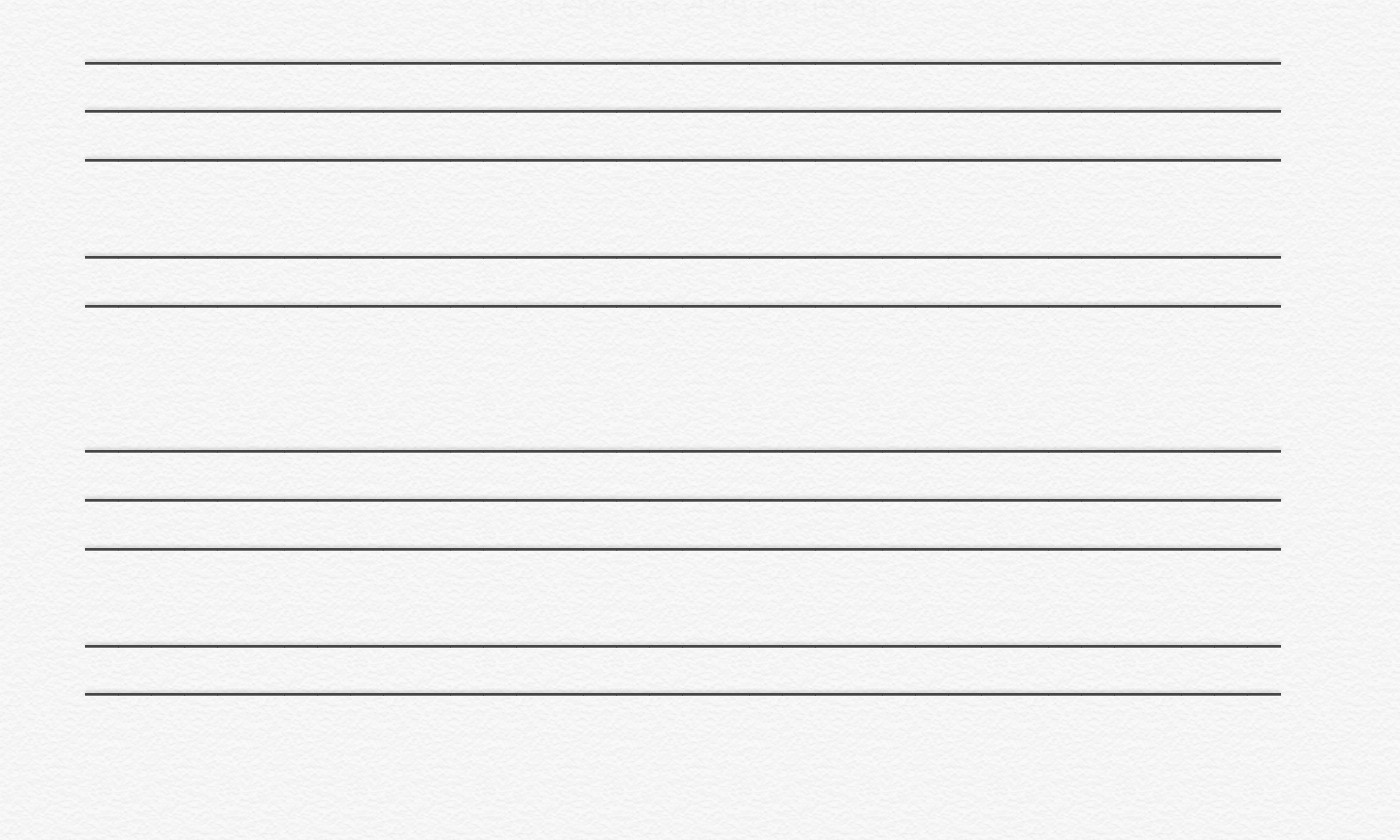 You could use this alternative system: the lines are the black keys of the piano: the 2 lines are C# and D#, the 3 lines are F#, G# and A#. The natural notes D G A are between the lines, e.g. E is above the second of the 2 lines, F below the lower of the 3 lines, B and C analog ...

This system is quite easy to read as it represents a keyboard and you don‘t need any sharps nor flats.

An accidental lasts for as long as it does. At the point you need to cancel, write a natural sign. That then lasts until it's no longer needed. Then another accidental comes out to play.

There's no need to mark every note - which presumably will be a natural in its normal state. The problem for you may be that you notice loads of F♯s, for example, and at that point start thinking ' this could be marked in the key sig...'

Not the answer you're looking for? Browse other questions tagged notation accidentals or ask your own question.

17
Do accidentals override key signature and previous accidentals?
7
Where do accidentals go when voices overlap?
13
Do some measures get no numbers, in an opera score?
7
two symbols (accidentals) on the same note
9
What conventions are used with accidentals and tied notes?
3
Unusual Accidentals
3
The role of accidentals in this piece of music
15
Why are accidentals not additive?