Where is the circle of fifths mentioned for the first time?

How and when was the Circle of Fifths invented, and who is responsible for the discovery of this musical godsend? 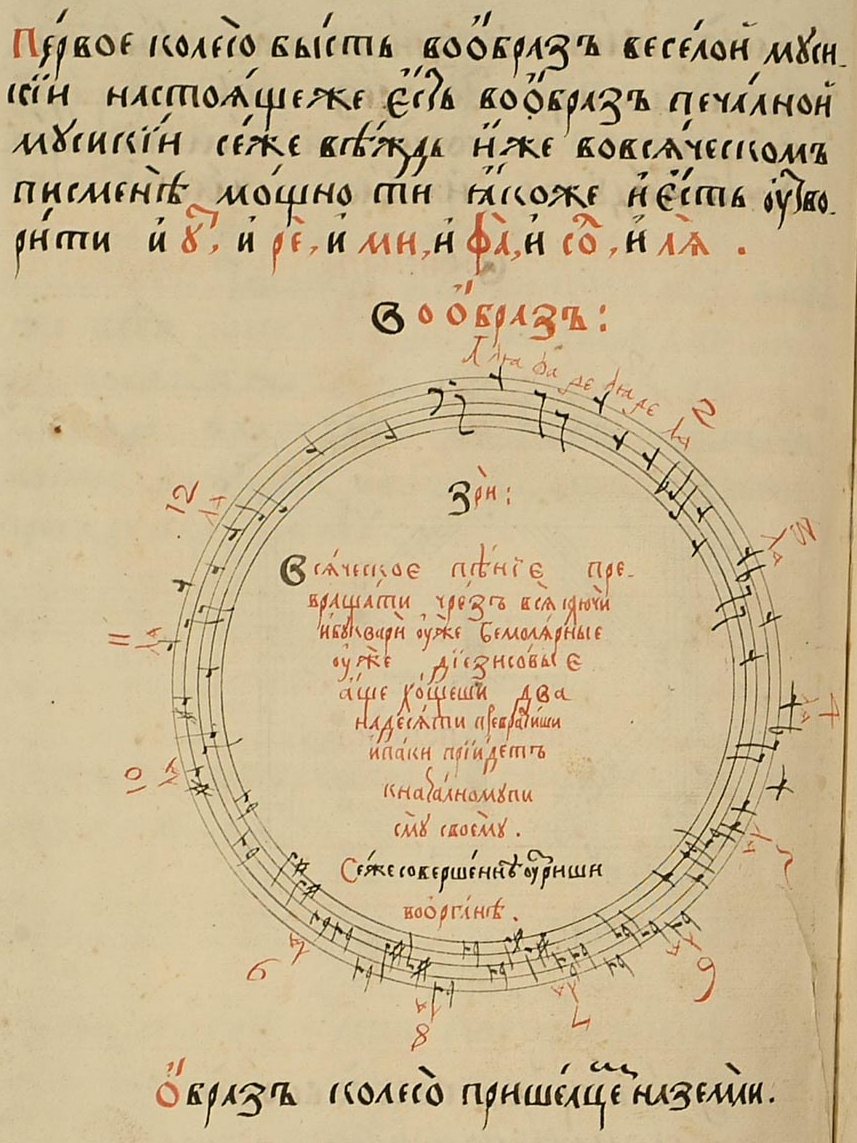 Russian composer and music theorist Nikolay Diletsky set this whole wheel rolling in the late 1670’s. He intended his book Grammatika as a guide to composition, but with the rules of music theory in mind.

from the Wikipedia article

In the late 1670s a treatise called Grammatika was written by the Ukrainian composer and theorist Mykola Dylets'kiy. Diletskii’s Grammatika is a treatise on composition, the first of its kind, which targeted Western-style polyphonic compositions. It taught how to write kontserty, polyphonic a cappella, which were normally based on liturgical texts and were created by putting together musical sections that have contrasting rhythm, meters, melodic material and vocal groupings. Diletskii intended his treatise to be a guide to composition but pertaining to the rules of music theory. Within the Grammatika treatise is where the first circle of fifths appeared and was used for students as a composer's tool.

After further Wikipedia diving I found out that the first mention of the Circle of Fifths in Western musical literature was by Johann David Heinichen 50ish years later in his 1728 treatise Der Generalbass in der Composition.

Not the answer you're looking for? Browse other questions tagged theory chords scales harmony history or ask your own question.