Novice here. In playing C Major, it seems pretty straight forward. You start for example playing, 1-3-5 / 5-3-1 (or a 1-2-3) depending on the hand, but other scales like Db for example are starting on a black key, so you end up having to roll your thumb under.

It depends on the linear pattern played. This image covers the basics:

The basic difference is how you change position.

The first group of examples uses linear patterns that stay within the range of one octave and then shift position simply by moving the arm and hand up or down the keyboard. In those cases it's OK to use the thumb on black keys. 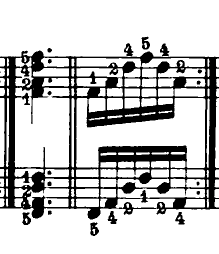 ...but the F natural where the thumb is used falls on different metrical positions. One is one the beat, the other is off the beat.

You can see that same kind of pattern for the other chords rooted on a black keys.

You could think of it as just one set of fingerings for the three chord positions (inversions) but various linear patterns require starting with differing fingers and changing position at different times.

If I understand the question properly, you want to play only triads - inversions included, with one hand.There is nothing at all wrong with using thumb on black keys for this. Since there are only three notes to be played at a time - either sequentially or as a block chord - it makes sense to use the hand 'flat', as in not move it left or right as you play the three notes. Obviously this is for an arpeggio of the three notes - a block chord with a 'passing thumb' would be pretty daft.

This depends of what fallows and from the pattern of the arpeggio:

If it’s only the triad you can play it like you’re proposing. ( e.g. Bachs prelude C).

But look at Chopin’s Etude 1:

here you need to play with different fingers as it is a quit different arpeggio pattern: 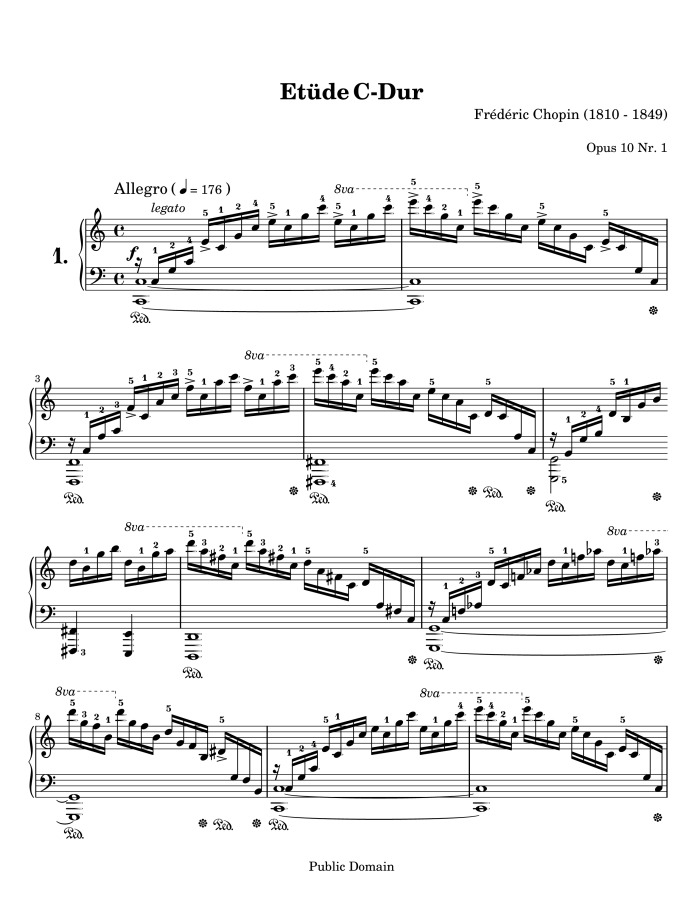 As I have no chance to become a virtuous pianist I always play the arpeggios in my personal finger settings (most comfortable to me!)

(To show and demonstrate simple triads to pupils I let them play even 1,2,3 or even 2,3,4. They have never been ambitious to become pianists and to perform Bach or Chopin. Their purpose was just to accompany the school band on the keyboard - and my goal was to teach them simply chords and the basics of harmony, they were not able to read sheet music! , The aim was to discover the joy that lays in making music with friends.)