Do descending drop chord voicings in the blues work? 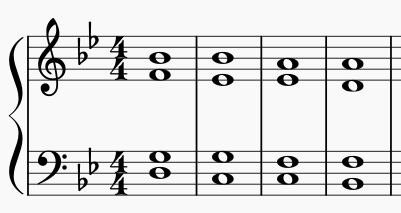 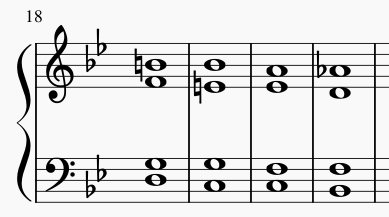 The voice leading is smooth in both and basically each voice just steps down to the next closest chord tone.

Does anyone play voice leading like that in blues, does it work?

Parts of it obviously work. The I7 IV7 moves are just segments of the sequence of dominant seventh chords and the I7 I7 change is just an exchange of voices. IV7 I7 is then the odd move.

For a "classical" ear IVb7/4/3 Ib7/4/2 doesn't make sense, they would be called irregular resolutions, but all the voices - except the "alto" - move by descending step so it is relatively smooth.

I'm stuck between thinking it sounds OK - blues style isn't concerned with classical concepts of irregular resolution even if it does sometimes conform to those concepts - or worrying that no one plays blues this way so idiomatically it's bad blues playing.

Personally, when I play this way - descending or ascending - the root position and 2nd inversion chords (fifth in bass) sound stable and the 1st and 3rd inversions sound unstable. The classical voice leading would basically resolve the chord thirds up by step and the sevenths down by step. With this pattern I don't follow those conventions and just keep moving in the same descending/ascending direction to the next closest chord tone. If I do that and start and end the whole 12 bar blues on either root position or 2nd inversion chords, it seems OK to me.

In terms of rhythm I'm just playing the whole chord on the beat or simple broken patterns between the two hands, just vampings.

It sounds kind of OK, but it is not in the blues idiom to my ears. One reason is that you are filling in all the elements of the chords. In jazz/blues playing it is really common to omit the fifth from a lot of these chords, and start from what is called a "shell" voicing, which contains the root, third and seventh (whether dominant or maj7) and then possibly add various colour tones (9, b9, #9, 11, #11, 13 ...) and so on. Quite often this results in "clusters" of notes that are quite close together - out of context it might be quite dissonant, but all the skill lies in making it sound good in context of course. (That often comes down to voice leading through the sequences of chords.) That's not to say that the fifth is never played but it is frequently omitted - often making space for these "colour tones".

Of course "anybody" is a whole lot of people - but no, I can't think of any pianists associated with blues who typically play the kind of voicings you have written.

Not the answer you're looking for? Browse other questions tagged blues chord-voicings or ask your own question.

2
Which blues scale and 7th chord voicings match up?
5
Do we hear bass/baritone solo melody lines as being implicitly “on top of” the accompaniment, for harmonic purposes
11
“Only open voicing below middle C!” Really?
4
Default left-hand piano voicing for Dbmaj7 Eb7-9 Abmaj7
2
Non-cadential use of 6/4 chord
8
Is Alberti bass really a type of arpeggio?
5
What is going on in this left hand comping by McCoy Tyner (Bb minor blues)?
13
How bluesy is Ravel's Blues actually?
7
Removal of the 5th in extended chord voicings