What Constitutes a Secondary Dominant?

That E7 will often, if not generally, be followed by A or Am, thus making it the dominant of that A chord. Thus, secondary dominant would appear to be a logical name for it in those cicumstances.

But, if it was followed by, say, an F chord, as sometimes happens, would it still be labelled secondary dominant, as it actually doesn't fulfil that role in the music.

If so, why? And if not, what name would it be given?

No, it doesn't have to lead to the chord it's actually dominant to. (Keep in mind that "dominant" doesn't really mean "leads to tonic," it just means "built a fifth above tonic.")

Occasionally these secondary dominants will resolve deceptively, like in your E7–F example. Really, this is V7–VI within a small pocket of A minor that takes place in a more global context of C major.

Here's an example I used in a course recently; it's the overture to Wagner's Tannhäuser:

This is in E major (and it modulates, or at least tonicizes, B). In m. 12, we have a D♯7 chord (V7/iii). It doesn't resolve to G♯, but rather it resolves deceptively, creating a V7–VI motion in the key of G♯ minor. Furthermore, the C♯-minor chord at the end of m. 11 is a iv6 in G♯. As such, I understand this as what we call an extended tonicization in the key of G♯. Instead of just a V–i tonicization, we include multiple chords here: in a local section of iii (G♯), we have the progression iv6–V7–VI.

In other instances, you can have what some call a "back-relating dominant," where the dominant actually appears after its respective tonic. In C major, you might have C–Am–E7 before moving on to something else. But still this can be understood as vi moving to V7/vi.

But in still other cases, an E-major chord in the context of C might just be a more advanced chromatic coloration, and it might be best understood as a III♯ chord. It's really all about context.

I had always thought that a secondary dominant was by definition the V chord, however this does not seem to be explicitly mentioned in any definitions I can find:

"Secondary Dominant is any chord that has dominant function in any other chord that not the tonic in the song." (SimplifyingTheory)

"A secondary dominant is an altered chord having a dominant or leading tone relationship to a chord in the key other than the tonic." (Secondary Dominants, Dr Barbara Murphy)

"A Secondary Dominant is a Dominant 7th chord that is the dominant of a diatonic chord other than the tonic." (tutsplus)

None of these definitions state exactly the same thing, so I will address them separately.

SimplifyingTheory.com stated that the secondary dominant must have dominant function, which their site defines as "Transmits instability and tension feeling. Promotes the idea of preparation for the tonic". Well, the iv7-bVII7-I "backdoor" cadence also transmits instability and tension while preparing for the tonic so it seems reasonable to say that this definition allows secondary dominants that don't have a dominant relationship to the in-key pivot chord.

In the paper by Dr Murphy, she gives us two options. The first is a dominant relationship while the second is a leading tone (bVII7) relationship - such as the backdoor cadence.

MusicTheoryOnline and tutsplus both state explicitly that the secondary dominant must have a dominant relationship to the pivot chord, which contradicts the former two definitions.

Having considered these four definitions, I am lead to believe that the secondary dominant needs to have a resolution to the pivot chord and the common use of V/V has lead to people thinking that a dominant relationship is the only one that can be used.

It's important that we recognise the 'string of dominants' function of a sequence of chords rooted F♯, B, E, A, D, G, C.

Some definitions of 'secondary dominant' would exclude those that didn't precede a diatonic chord - so D would have to be Dm. Perhaps we agree this degree of strictness is obsolete?

Oh - and to return to the original question - yes, G7 is a dominant when it resolves to C. It's still one if it diverts to Am in an interrupted cadence. I think we can allow a secondary dominant the same indulgence. But context is all. Does a basic blues sequence contain secondary dominants? What about 'Leroy Brown' with its C, D7, E7, F, G7, C sequence? Is it always helpful to pin Common Practice labels onto later musical styles?

In Jazz and also in the common practice era we have often chains of unsolved (ii-V7) progressions: This V7 are all secondary dominants! 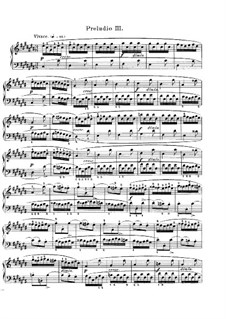 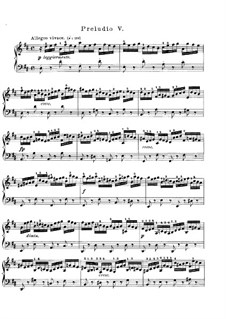 N.B. These examples above are resolving: not in a new tonic, but in the next ii-V7 progression.

As is typical in music theory, one often has to use labels and terms for chords for two different purposes: (1) to describe the actual collection of pitches present in a chord, and (2) to describe the "function" of the chord (usually where it resolves, how it fits into the local scale and local progressions, etc.).

From the first perspective, a secondary dominant can sometimes refer to any chord that one could slap a Roman numeral label of V/V or V7/vi or whatever on. In C major, those example chords would have the notes D-F#-A and E-G#-B-D respectively. Naively, one could just place such labels on all such collections of pitches, without regard to where the chords come from or go.

But Roman numerals and terms like "secondary dominant" are not only about labeling a collection of pitches. They also tend to assume something about a chord's function. Most analysts will try to use "secondary dominant" in an application where it makes sense, i.e., a context where it "does what dominant chords do."

In some cases, you might even have a dual-function chord. If in the previous example, there was an A minor chord right before the E7, which then modulated to A-flat major, the E7 chord could be a "secondary dominant" that relates backwards to the A minor and sounds right within that local key. But going forward, it's a pivot chord that begins to function as an augmented-sixth chord in its resolution.

And if the E-G#-B-D chord appears out of the blue in a C major piece and then does something even weirder that doesn't tend to happen normally in any key (e.g., say it resolves to a D-flat major chord), then it might not make much sense to put any tonal label on it. The term "secondary dominant" implies at least some sense of tonal function when using the word "dominant." If the chord just skips to a random other chord, you just have a weird chain of chords that can't be explained using normal tonal syntax or terminology.

4
Secondary dominants
4
Should sensible analysis show secondary functions fulfilling the supposed function?
2
How to find key based on chords? How to know notes based on key?

5
Can chords found in parallel modes of the relative minor of a key (or relative major when in a minor key) be considered borrowed chords?
13
How do you write successive, non-functional chord progressions?
10
Must a tritone substitution use a dominant functioning seventh chord?
2
How would one interpret this simple chord progression? and what scales to use for improvisation?
4
Can anyone help me understand this chord progression?
1
the II chord followed by the IV chord in a major key?
1
How to approach Iminor - VIImajor progression in a functional harmony way
0
Secondary dominant of a minor tonic?
1
C7 - Ab maj resolution
2
Can a melodic minor chord be a pivot chord?