Why is my bass eating up 9 volt batteries like candy?

My Ibanez Soundgear SG6 is eating through brand-new 9v batteries in a matter of days... I've been testing it for a couple weeks now. I'll replace the battery (right out of the package,) and after 2 to 3 days, it's completely dead and needs to be replaced again.

Here are some pics (I just now removed the electrical tape from where the wires of the battery connector are spliced): 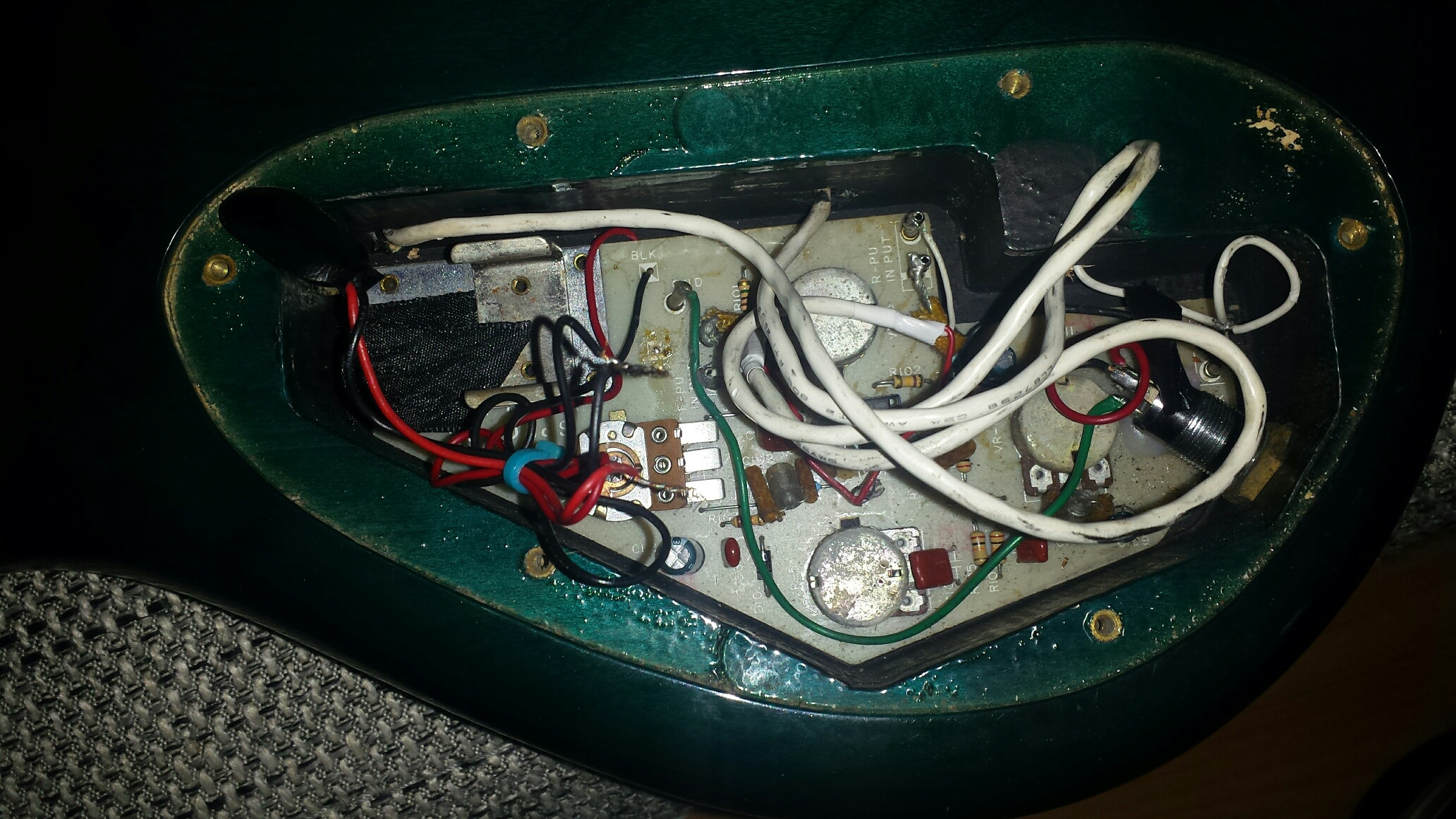 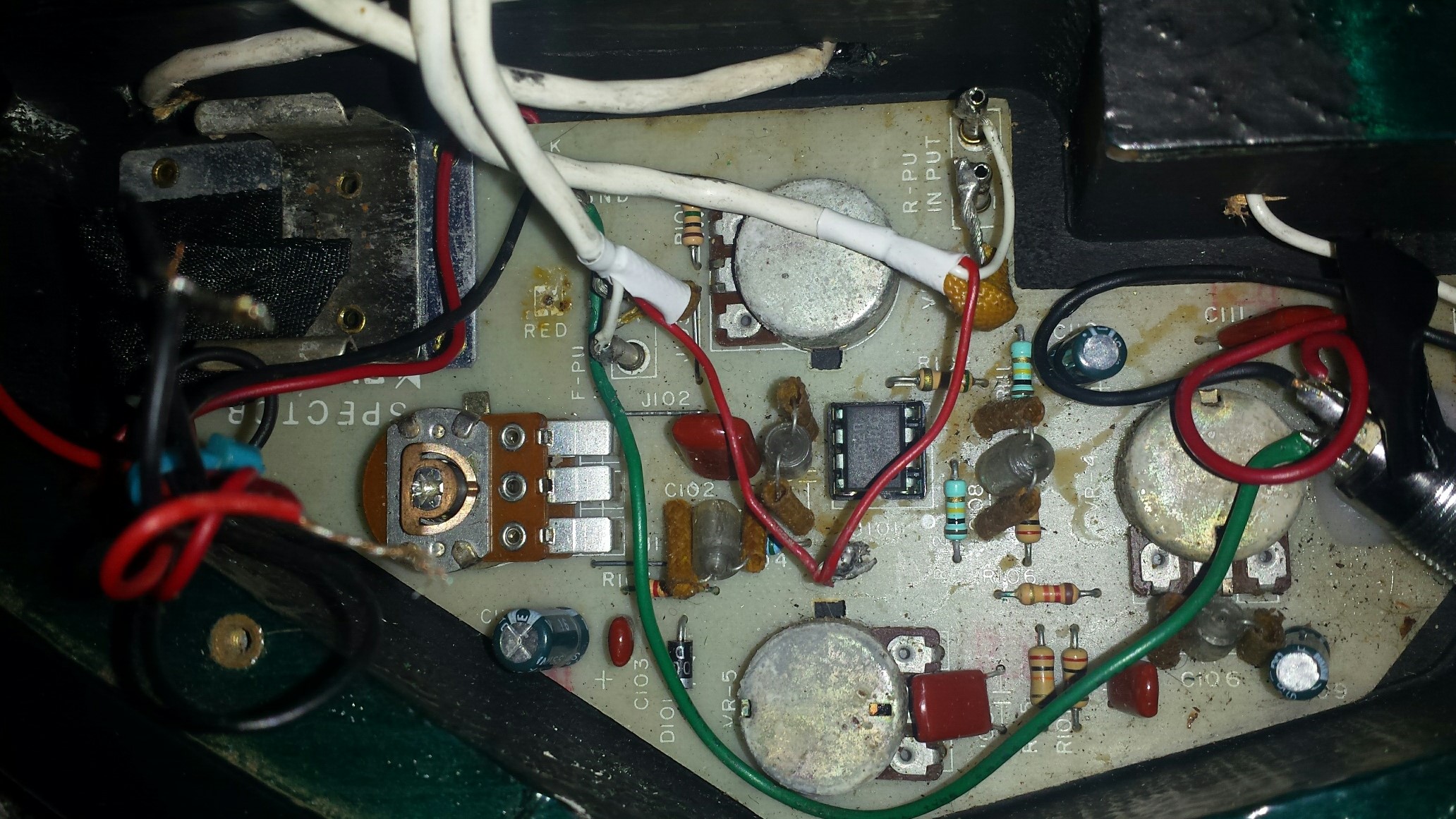 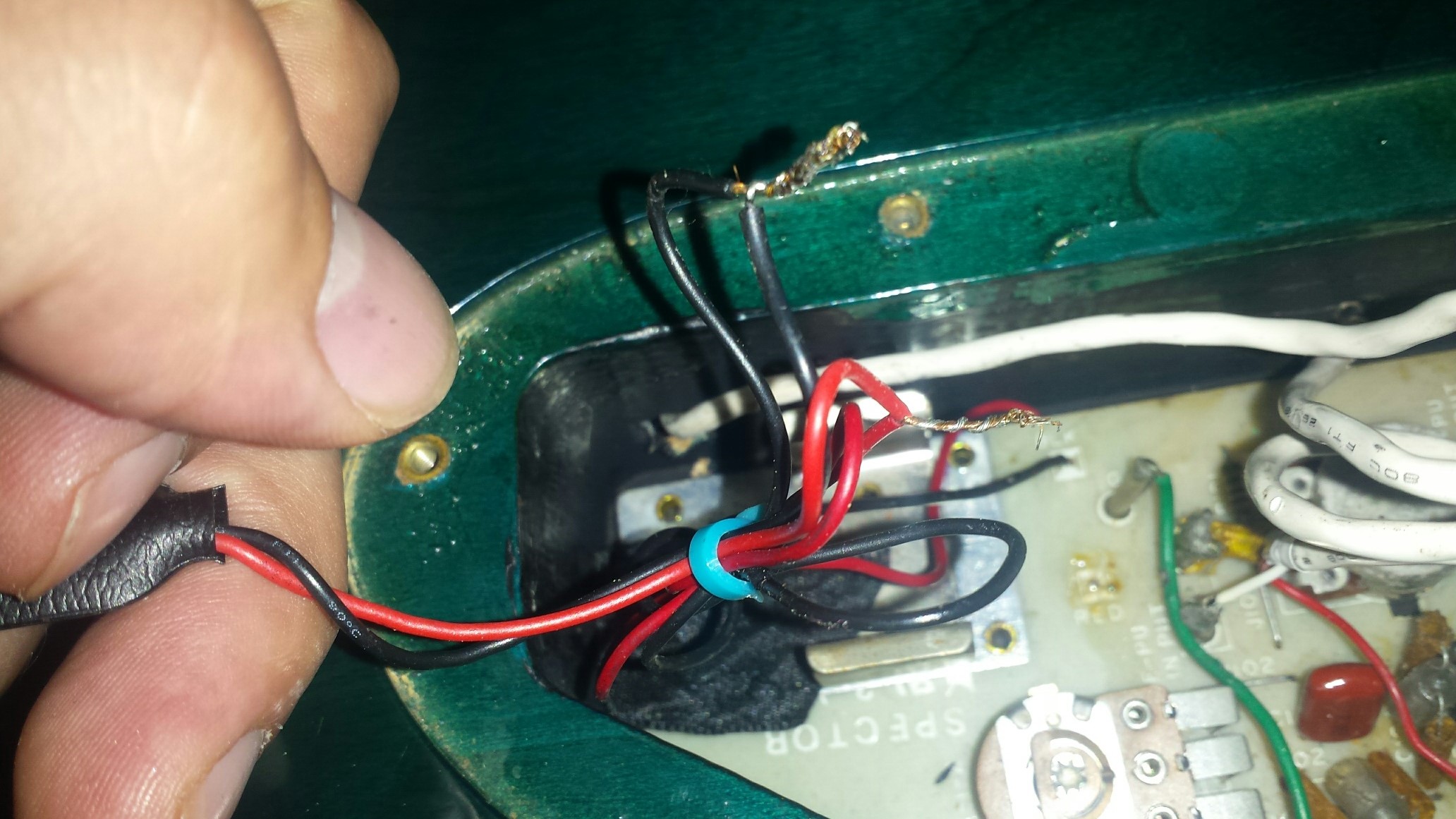 On the assumption you're taking the jack out after playing (You are, aren't you..?) then I'd go for the jack socket itself, which is switched, so as to activate the circuitry when a jack is inserted. Could be the switch isn't clearing when the jack's taken out. Might just need a bit of judicous poking around with a small screwdriver. With a multimeter, it's quite easy to check there's voltage at the socket.

Are those bare wires soldered together that have no sleeving or insulation on them? that's just asking for trouble. They can short to just about anything intermittently. Get some heatshrink, cut the joints down a bit and insulate them.

They seem to be the wires that go to the battery connector. If they short to each other for a few seconds, there goes a big chunk of battery life right there. Or they can short to some random node in the circuit and cause it to screw up and possibly die. Whoever did that - you need to have a word with them.

EDIT : also, how is the battery physically secured when fitted? Are you sure the body isn't shorting things out, or the terminals shorting to something?

As a follow up to this (in case anyone searching here ever experiences the same issue,) the culprit was indeed the input jack, as suggested by Tim. However, the issue wasn't with the switch clearing after taking out my instrument cable...

After a bit more prodding as suggested by PeterJ in the comments:

@TimBurnett-Bassist you won't get a reading at the jack because it's switching the negative / ground line. Put the positive of the multimeter on the red wire where the battery is spliced and put the negative to the green followed by the black wires on the jack, if you get a reading on both with it unplugged the circuit will be getting power all the time because the internal switch is stuck. – PeterJ Nov 4 at 10:39

I noticed that part of the jack was actually touching the bottom of the pot just behind it, thereby creating the short:

@PeterJ - I just did what you suggested and I was getting a reading on both the green and black wires on the jack. However, I noticed that the green wire and its terminal were touching the pot that is just behind it... I twisted the wire and terminal away from the pot and now I get a reading from only the green wire, not the black – Tim Burnett - Bassist Nov 4 at 16:51 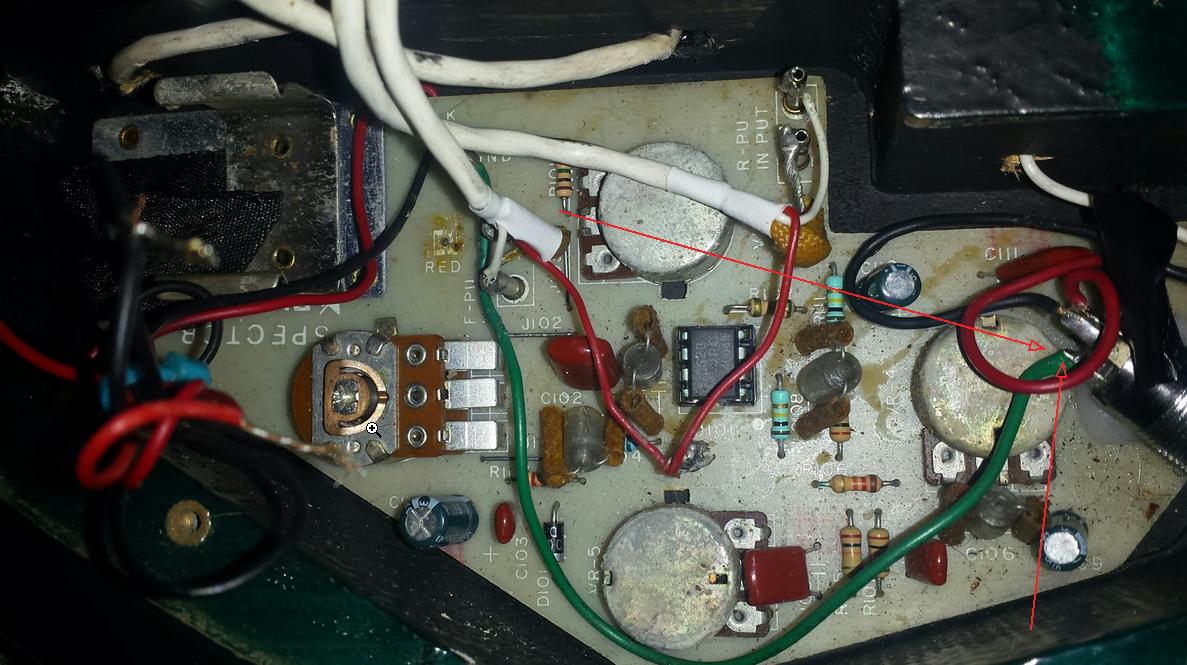 Since I've pulled the jack away from the pot so it's no longer touching, I have had no issues whatsoever with the battery draining incessantly. Thanks for all the help, folks!

17
Why should you begin plucking with the index finger when playing the bass?
4
Why is my bass making a buzzing noise?
10
Why are bass guitars so much shorter than a double bass?
8
Why does the neck of a bass get wider?
2
Electric bass suddenly not transmitting any output
0
Why does my bass buzz so much when plugged in
1
Why are notes always written in all-caps instead of C..B and then c..b for the next octave (E-Bass)
3
Stomp box losing power issue