Why do I not get stereo output of my drums through the mixer?

I am trying to mix my electronic drum kit with music from my iPhone so I can play along with tracks on my drum kit.

Here is my drum kit controller with outputs. 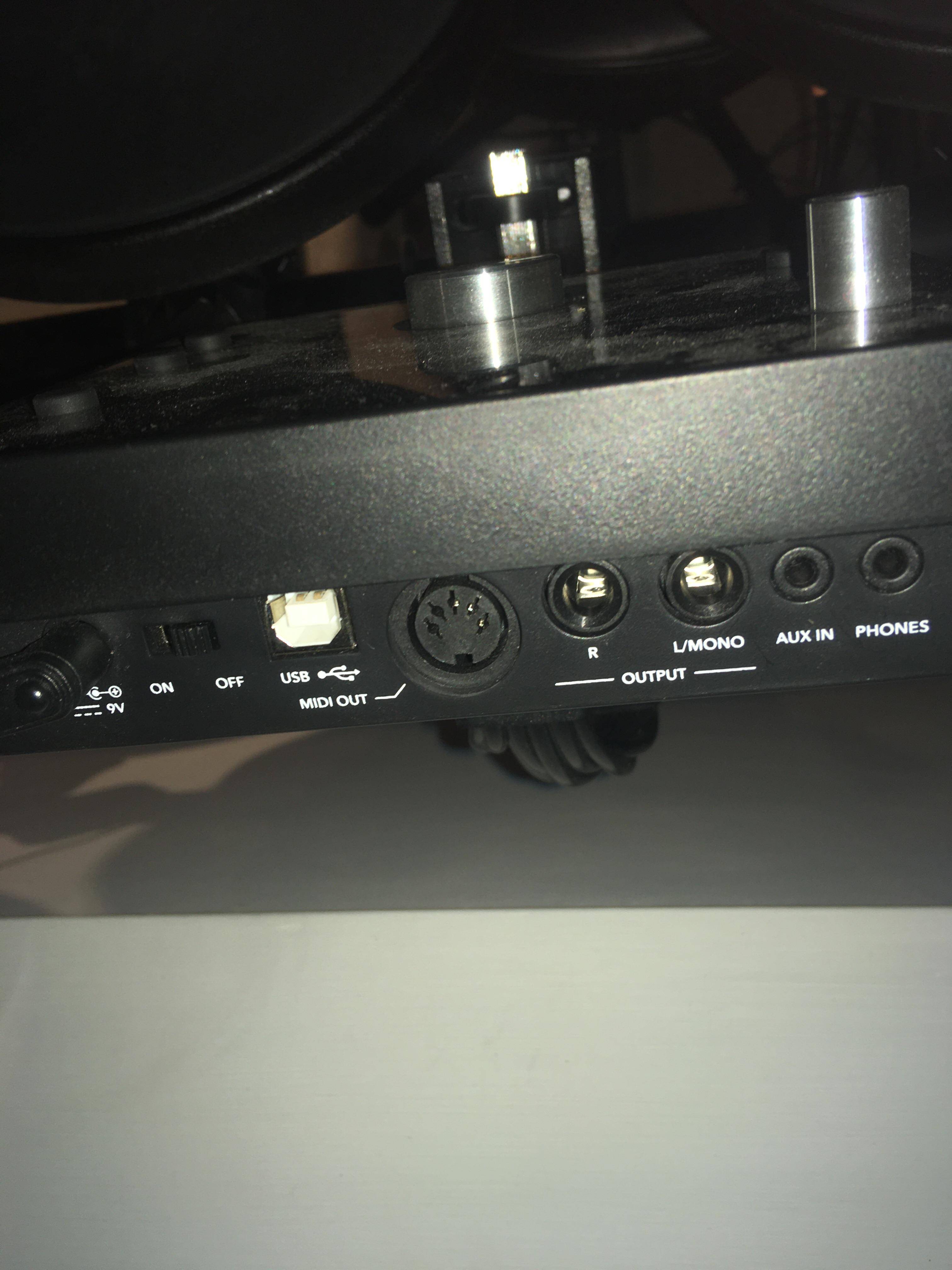 And here is my mixer: 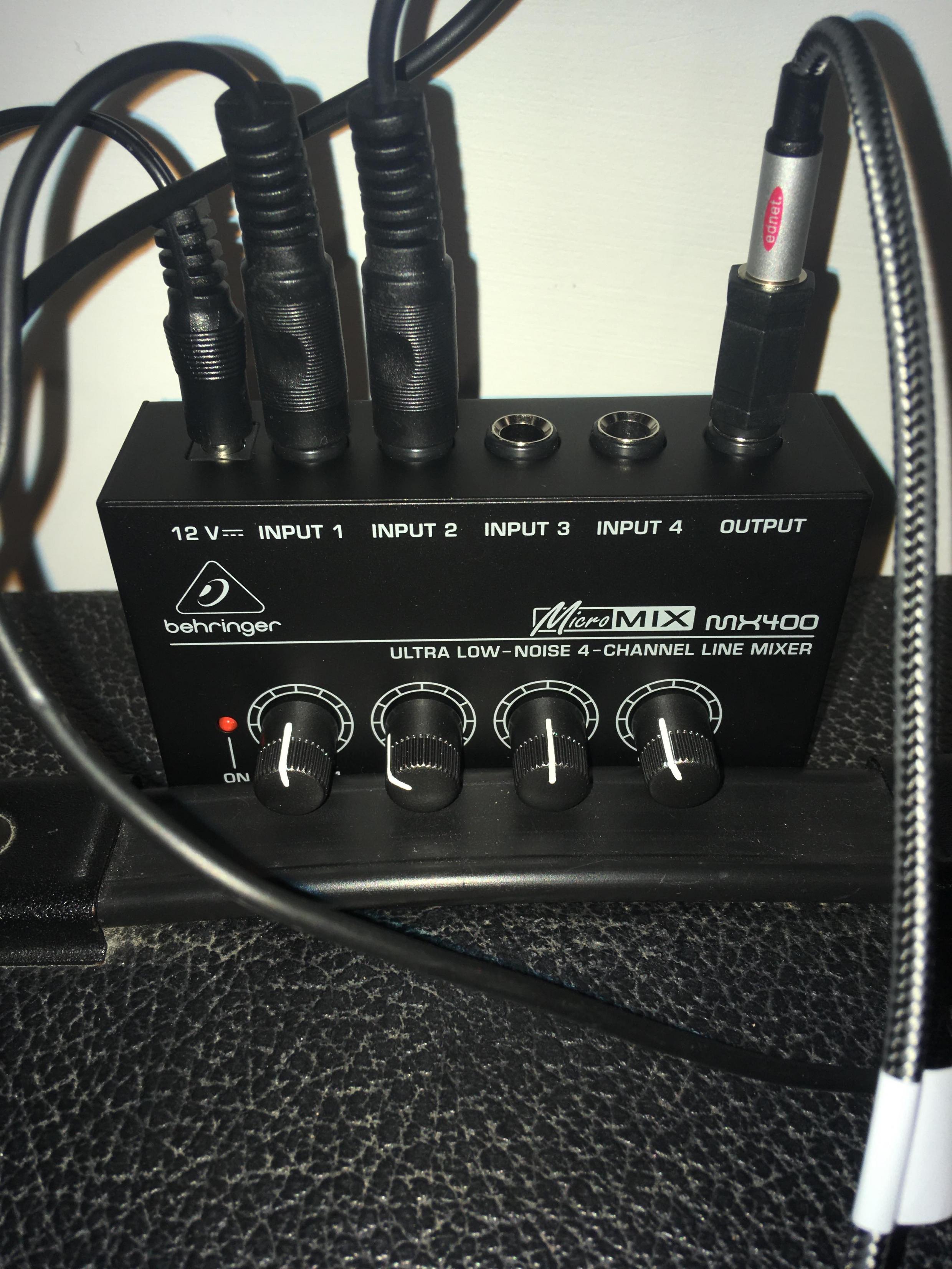 I am connecting things as follows:

The drums I connect via the 'phones' output (as I presumed this would be stereo) and I use this cable: 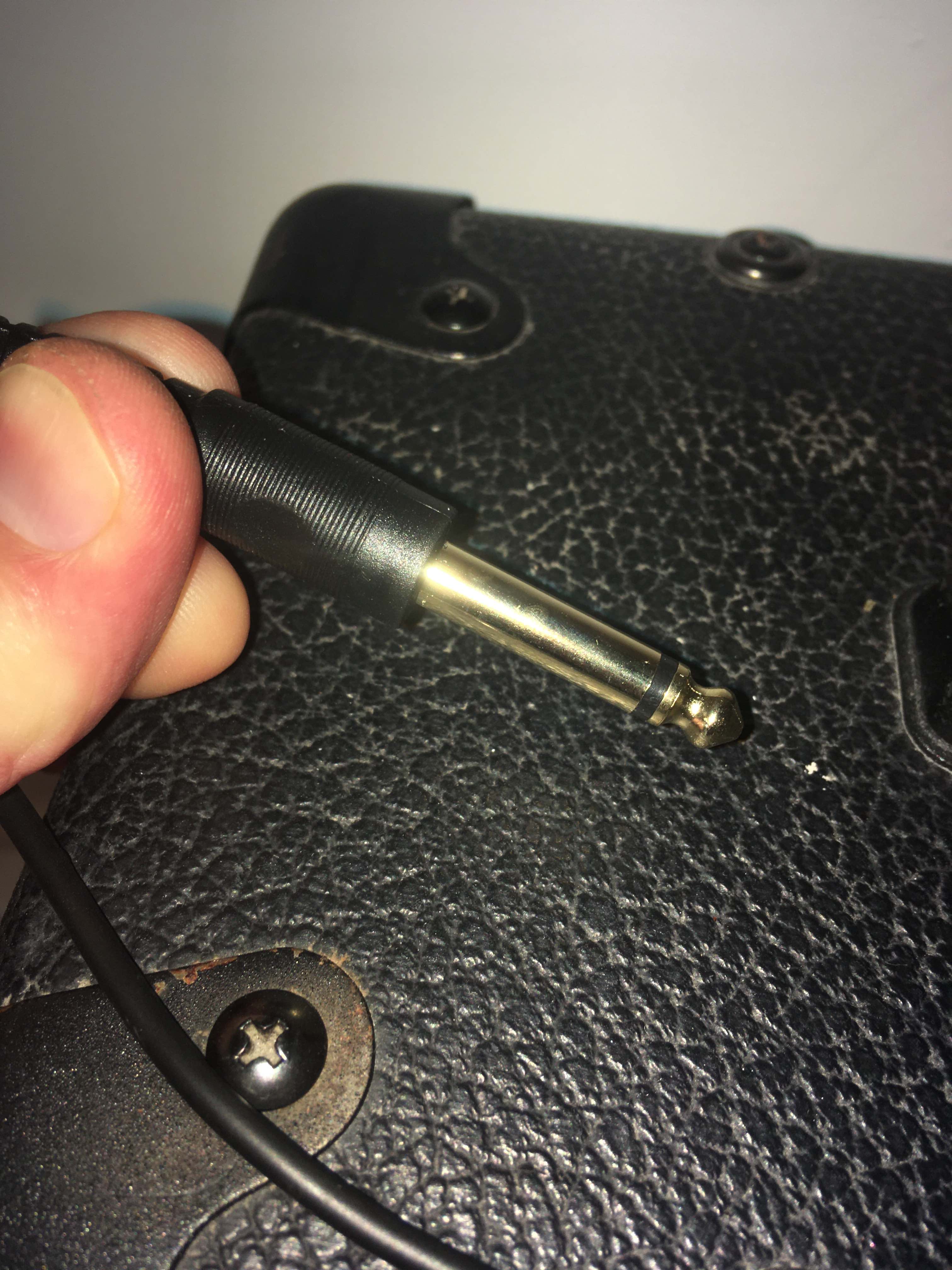 I connect my iPhone with a similar cable.

I connect to my headphones with this adaptor: 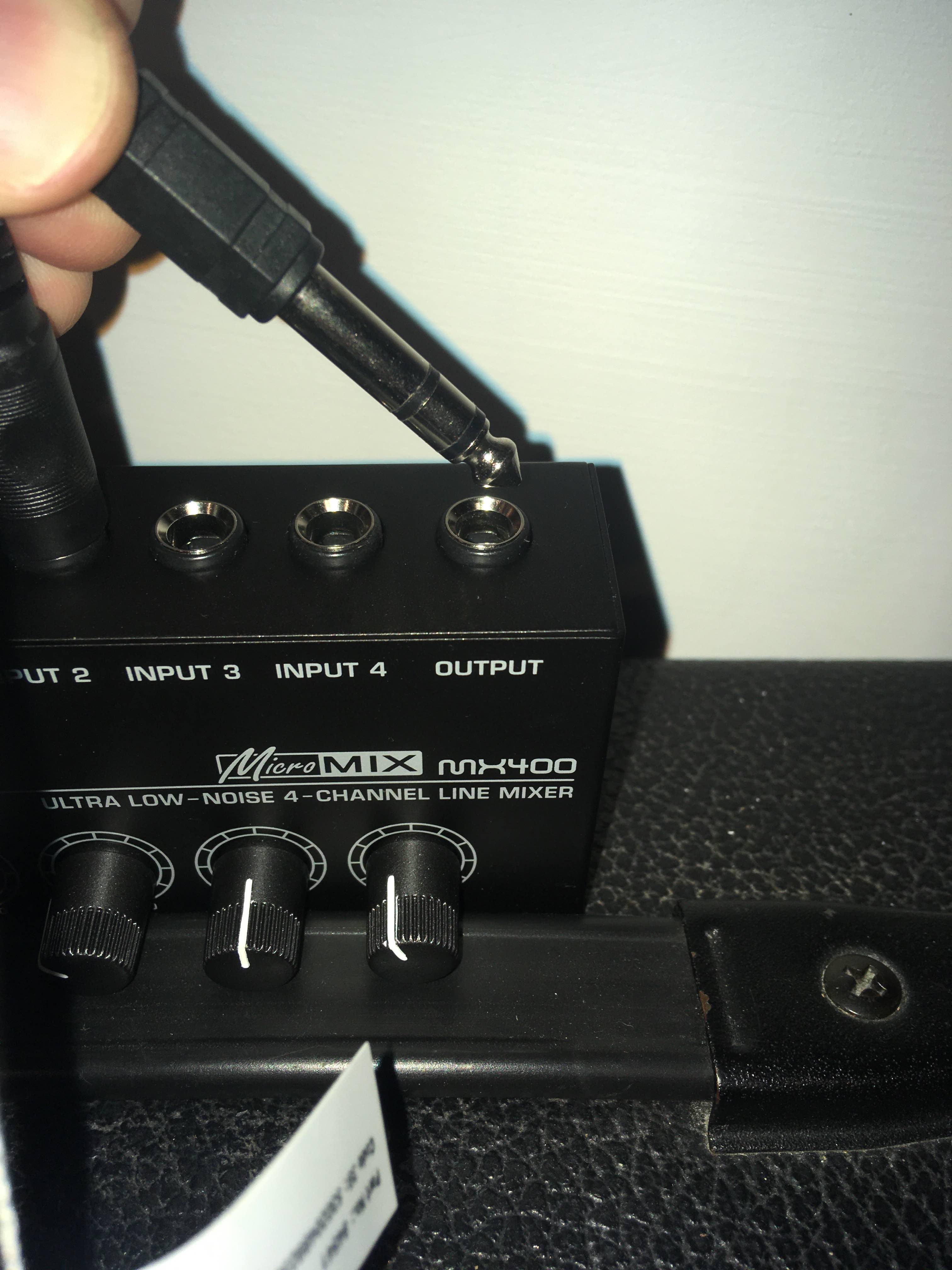 However, when I listen the sound in the headphones is only in one ear!

I suspect the problem is something to do with these cables I am using, but I wanted to be sure before I purchased any more gear.

Thanks in advance for the help!

The problem is that the mixer is fully monaural (mono) and your headphones are stereo. Your mixer’s output is not designed to work with headphones. A TRS cable connecting the drum module to the mixer will not help because the mixer will only see mono.

The quickest, easiest way to play along to music on your iPhone is to plug the iPhone into the drum module's AUX IN jack (using whatever adapter you're currently using to plug it into the mixer) and plug your headphones into the drum module's PHONES jack. Then you'll hear everything in both ears and in stereo. This use case is what the AUX IN jack is for. You don't need the mixer at all.

In comments, you asked if you’d be better off using the MIDI OUT. The answer is no. MIDI is a digital interface that carries performance and configuration data, not audio. (It allows electronic instruments and computers to control one another.)

If you were dead set on using the mixer, you'd need to buy a headphone amplifier that accepts mono input and is capable of sending the mono signal to both ears. And, even then, you'd only hear one side of the iPhone's stereo. On some familiar recordings, you'd definitely hear things missing.

There are a few other points to make that don’t apply to what you’re trying to accomplish, but may help you understand your gear more fully.

That cable you use to connect the drums to the headphone out is not stereo. You need a TRS cable (Tip Ring Sleeve). It will look like your other cable which has one more line around it on the sleeve. 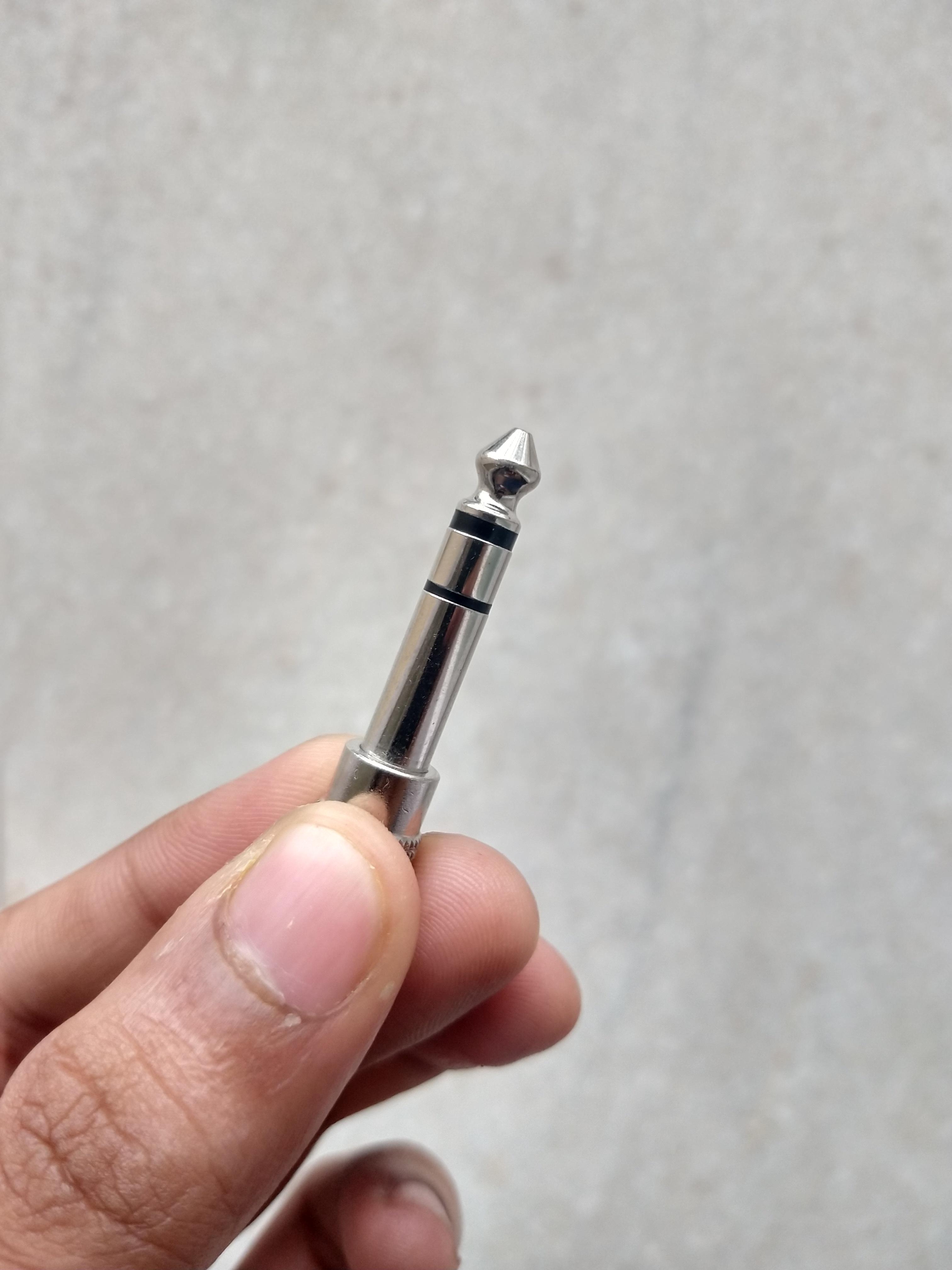 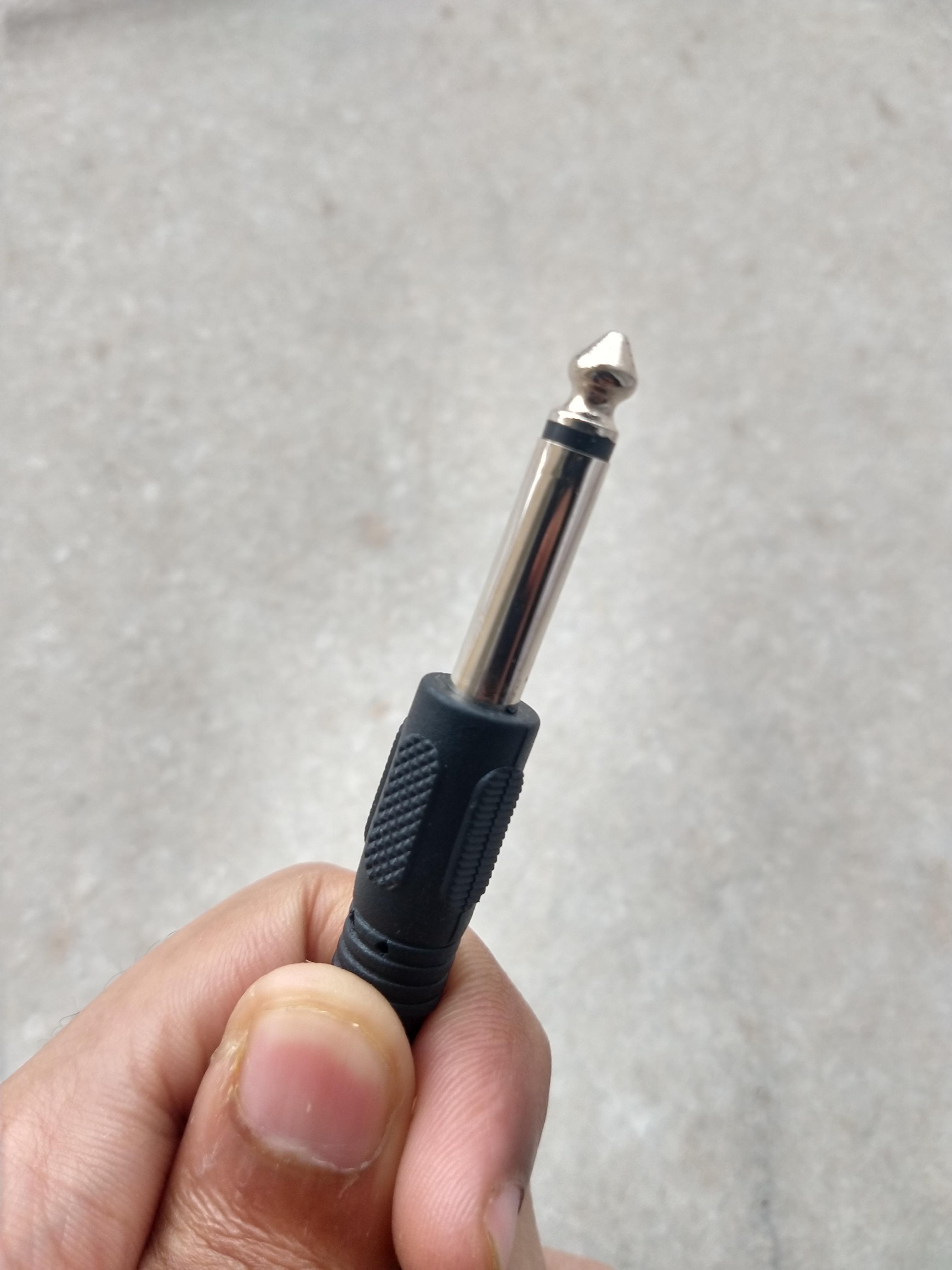 Also the headphone Jack on the mixer might not be the best level coming into your mixer. Ideally you want to use both jacks in the output section into two channels. Or into one stereo channel.

Not the answer you're looking for? Browse other questions tagged drums mixer or ask your own question.

7
Can I daisy chain two mixers together to create more input channels (a sub mixer)?
0
Mixer vs JamHub?
2
What is on the stereo output of a mixer if I'm recording with only one mic?
2
Connecting Scarlett Solo output to mixer in live setting
3
Could I use “normal” headphones with an electronic drum?
0
Can I connect mixer output female XLR to Mic input of Power Amp?
1
Balanced Output on mixer to Unbalanced Input on another mixer
2
Connecting a mixer and a USB audio interface
1
DJ mixer play through audio interface