Should I keep the piano part “self content” when writing a trio?

I am recently writing a piano trio. At first, I treated every part (piano L, piano R, flute, cello) as independent parts of a little "orchestra" and only consider the harmony as a whole. As a result, the piano part alone sounds terrible with a lot of empty fifths (triads without thirds), for example, although the whole ensemble sounds fine. This problem is even more serious when I introduce a fugue in the middle of the piece - I use the usual way to compose a fugue and the overall sounds are fine, but when I mute the cello and the flute, the piano alone sounds terrible (Just imagine taking away the outer voices of a four-part fugue and playing the inner voices only).

Should I be worried about the sound of the piano ALONE?

In a well-written duet involving a piano and another instrument (at least IMO), the piano part should sound like it has something missing. Don't worry about the ability of the piano part of a trio to stand alone.

You used the "classical music" tag and within that style I think you will find an overwhelming tendency to include the third in the keyboard part even when the third is supplied by another instrument.

A rule of thumb I learned a while back is to reserve the use of open fifths or octaves (open meaning no third present) only at cadence points. That is specifically in regard to two-part writing, but I think it applies generally in other settings.

The sound of an open fifth will be found in other places - metrically weak, "horn" figures, musettes, etc. - but the basic, default sound is thirds and sixths.

The opening of this Haydn trio (Hob.XV:25) provides a good illustration: 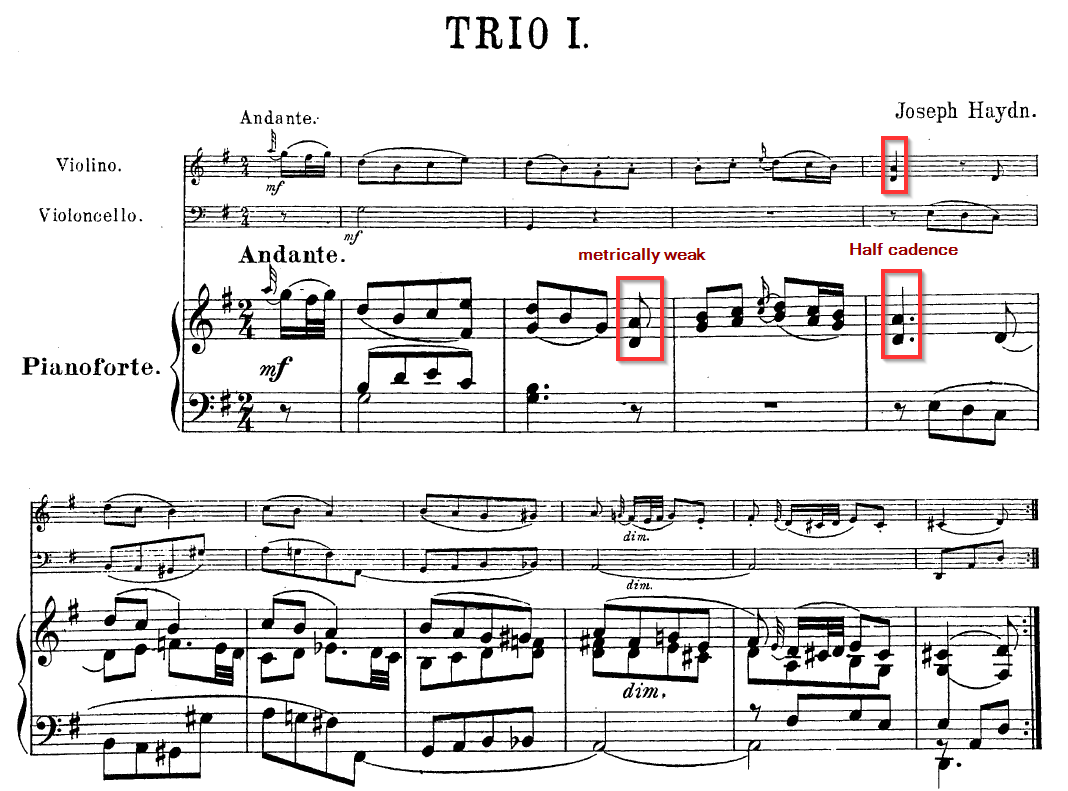 In the second half after the barline we can also see what happens when the third of the chord is in another instrument...

...notice that the open fifths in the red boxes are metrically weak. But the more instructive point is the A dominant seventh chord. The third and fifth of the chord are played in the strings and doubled by the piano (blue and green) and then the left hand chord of the piano part includes those same tones again (orange.)

Clearly the approach is not to have the piano supply only the remaining tones of the chord!

... At first, I treated every part (piano L, piano R, flute, cello) as independent parts of a little "orchestra"

A trio is chamber music. In more sophisticated chamber music writing the parts are treated very equally, sometimes it's described as a conversation between the parts. The piano part should work pretty well on it's own, just as the two string parts should be strong melodically.

If the piano part doubles another part, it doesn't necessarily degrade the independence of the piano overall. It could be the doubling for instrumental color or emphasis, or simply because a particular passage doesn't require additional harmony tones.

If the piano steps back into a basic accompaniment role, it should still show good harmonic writing. Open fifths would not be the usual thing in such a case unless it is done for effect (horn fifths, musette, etc.)

Maybe it would be good to look at Baroque string trios where the keyboard part is written as a figured bass line. That's similar to your idea of treating the keyboard part as a single voice completing three part harmony. The right hand then filled in the chord or adds figuration and will certainly exhibit the typical harmony of thirds and sixths. If you look for examples with figured bass realization, it will show the bass line separately along with an example of how to accompany with the right hand. 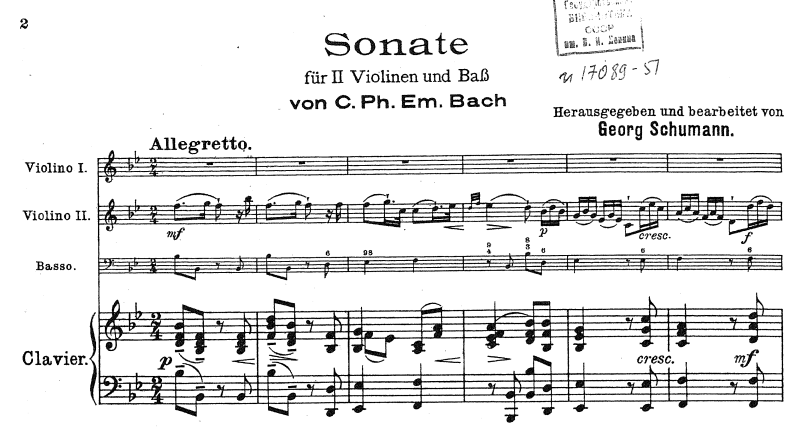 I wouldn't worry about the sound of the piano alone -- what matters is the sound of all three instruments playing together.

Open fifths in the piano, for example, are fine. Mind you, if you wanted the sound of a complete triad, and only one instrument is playing the third, and it's relatively quiet compared to the other instruments, then perhaps you need to adjust the balance of the chord. But the open fifth in the piano isn't in itself bad.

The final sentence of your OP seems to imply that you are considering the flute as the top part and the cello as the bass.

That in itself seems very restrictive. Obviously the piano can play below the cello part even if the cello is in its lowest register, and don't forget that a conservative top range of the cello is A5 (one leger line above the treble clef) and a professional with modern playing techniques can go two octaves higher than that.

Looking at early chamber music with piano, e.g. Haydn and even early Beethoven, is not a good guide. Most of that music is basically a solo piano piece with other instruments playing an accompaniment. For example in the Haydn excerpt in another post, the violin doubles the piano melody throughout. In fact, the pieces now called "violin sonata" etc were originally published as "sonata for piano, with violin accompaniment."

Baroque keyboard parts in modern realizations can also be misleading. If you read C P E Bach on how to play keyboard accompaniments, for example, it is clear that keyboard players were expected to improvise two part or three part counterpoint from a figured bass line (including parts in contrapuntal imitation of the solo line), and not just the succession of block chords you find in many editorial realizations of the continuo part.

There is a big difference between a keyboard part sounding "complete" in itself, and containing "complete chords" in the sense of elementary common practice harmony. Incomplete chords don't matter much so long as the overall voice leading is logical.

BTW, if you play the middle two voices of a typical Bach four-part fugue, the result definitely does not sound "terrible" just because the bass and treble are missing!

Not the answer you're looking for? Browse other questions tagged piano composition classical-music fugue or ask your own question.

14
How deep should the fingers sit when pressing piano keys?
1
Should i keep my pinkie stretched while i play this part of tahitian sunset on piano?
5
Self-learning how to play the piano
1
Writing a piano part for a 4.-part choir piece
1
Prepared myself for symphonic writing, still very nervous
6
Is this fortissimo passage in the flute possible?
2
How expressive should the LH accompaniment be when playing piano pieces?
1
Violin-Piano Self Duet - which part do you record first?