What is this flat thing on Ray Chen's bridge?

A recently released video of Ray Chen playing Clair de Lune shows what appears to be a strange flat object on the violin bridge.

I thought originally that it was maybe part of the tailpiece or chinrest, however when he moves around, it does look like it's part of the bridge.

Here is a screenshot of the video: 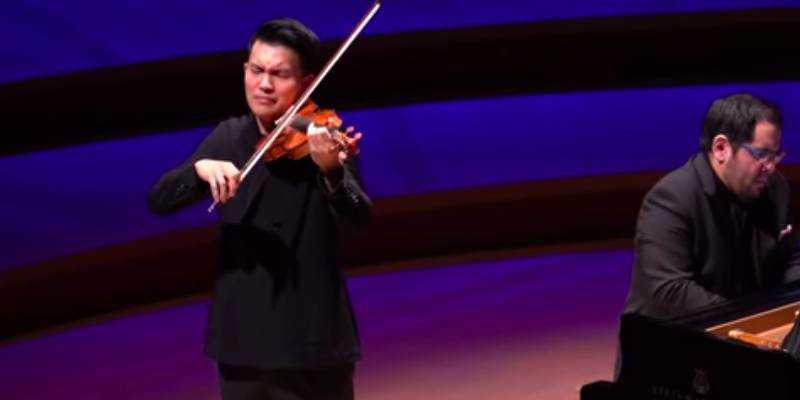 It's actually an American one-dollar bill bill, folded and rolled up which he uses as a mute. Asked him post-concert after the recital the screenshot is from. He also revealed this in a post on his Instagram.

I'm pretty sure it's a mute. Violin mutes come in various forms as well as the 'quick access' type favoured by orchestral players. This is the classic type (though not the type we see in the video). 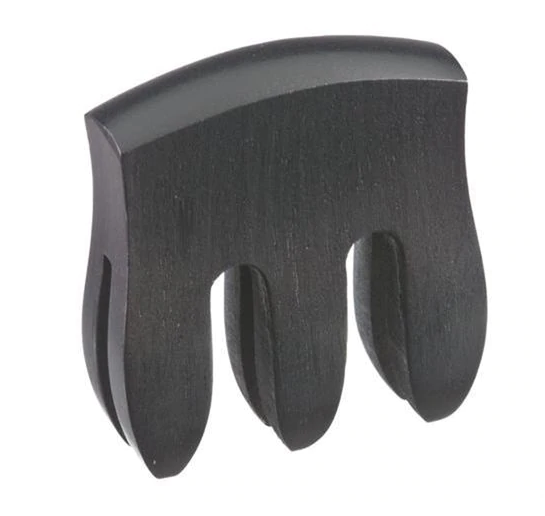 You can play a violin (or a brass instrument) very quietly without a mute. Or quite loud with one. The mute is about getting a DIFFERENT sound, not primarily a quieter one. The recording sounds like he's using a mute.

Not the answer you're looking for? Browse other questions tagged violin equipment bridge or ask your own question.

5
What's this thing attached to trumpet?
3
Should I fix the bridge on this guitar?
0
Violo Bridge Adjustments
7
Is it normal that my bridge is this low the sides?
5
Moving short violin bridge towards fingerboard
1
Has changing string gauges upset my bridge
1
Guitar Strings & Bridge
5
Violin bridge E-string: pad or hardened insert?
4
influence of the bridge on how much a guitar "chugs"