How to differentiate between Plagal and Perfect, and Imperfect and Interrupt cadences

I'm trying to practise my aural skills except I really need some tips on how to properly differentiate and tell cadences. I know the basic characteristics of each cadence, perfect sounds complete, plagal the "Amen" one, interrupt a question mark sounding finish and imperfect the one that takes twist at the end. However, especially between the 2 pairs, plagal and perfect, imperfect and interrupt I'm still having trouble identifying them as often I get muddled with what counts as a "weaker" finish, an "Amen" etc. Is there any trick or tips to help identify these cadences apart? Thanks all

Often confusion between them - especially with respect to perfect / imperfect.

Imperfect Authentic Cadence goes V-I but is not in root position; top voice does not resolve to tonic

Deceptive Cadence most commonly goes V-vi, but really may go to any other chord besides I

Half / Interrupted Cadence stops on V.

All cadences may have any predominant chords precede the actual cadence itself. The last thing to remember is that cadences only happen at the ends of phrases. Simply going V-I within a progression is not in of itself a cadence, but rather, if the progression from penultimate chord to final chord for a given phrase is V-I, then it becomes a cadence.

Might be different than your terminology, but here's a tip on how I categorize things:

Those 4 are main categories.

What sounds weaker depends largely on the context, more specifically, whether the tonality has already been "confirmed" and to what degree...

I myself take imperfect/perfect to be related to chord inversion and voice movement - more melodic jumps combined with more interpolated harmonic movement will mostly yield a "stronger" cadence.

Using the OP's terms, which are prevalent in UK at least, they fall into two categories, looking at it one way.

Perfect and Plagal (both P...) finish on root chord. Imperfect and Interrupted (both I...) do not.

Looking at it another way, Perfect is exactly opposite to imperfect - as the very words suggest. and listening to each, the terms seem apposite.

Plagal (amen) pretty well speaks for itself, as does interrupted, which sounds like it's not actually reached a destination, but stopped for a rest. Imperfect can also sound thus, but the penultimate chord in each is different. With interrupted, it's often V>vi, whereas imperfect could be just about anything before V.

Bearing in mind there are only the four (which do also get sub-categorised) it's worth just playing them all, in different keys. By the time you've got through, they're probably all stuck in your brain!

An exercise I have used is to play cadences in sequence to highlight their 'structural' use.

What I mean by structural is use ending cadences at the end, use continuation cadences in the middle, etc. Think of a musical period, perhaps a simple 16 bar piece like a minuet. the first 8 bars end with a half cadence, the second 8 end with the concluding perfect cadence. Playing a half cadence followed by a perfect cadence puts thinks in a sequence that reflects both common forms and highlights the difference in feeling.

An example sequence might be: half cadence, deceptive cadence, perfect cadence, plagal cadence. All played in one key.

You have to decide what to play leading up to the various cadences, but a few beats of the tonic chord should be enough to set the tonal backdrop.

Using typical chord leading to the cadence will help too. Use a subdominant before the dominant of a half cadence, like ii6 | V. Use a cadential 6/4 in a perfect cadence, like i6/4 V7 | i.

Play in major and minor. Play on all twelve tonics.

If things become too rote, try some figuration (arpeggiation) of the chords, and change meters: duple, triple, and compound.

Sing out loud different parts: the bass, or the upper voices paying attention to the movements between TI and DO, and FA and MI.

Do this for a few months and you should end up really hearing and feeling the different cadences.

Apparently there is some question about whether plagal cadences are written at the end of hymns. Example from Hymns Ancient and Modern, 1861: 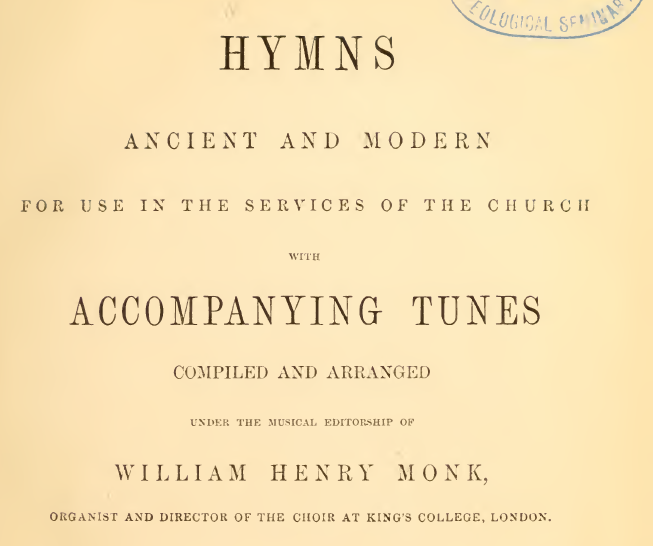 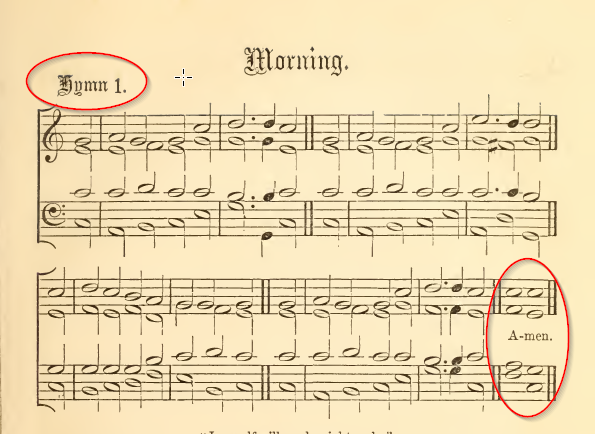 ...the so-called plagal cadence is written out like this for hymns through out the book. This is common in many other hymnals.

Not the answer you're looking for? Browse other questions tagged ear-training or ask your own question.

2
How can I tune my timpani to different pitches just using a tuning fork or pitch pipe
4
Figuring out the difference between major and relative minor scales?
15
Is it possible to differentiate Major scale and Minor scale by ear?
2
I have perfect pitch but have trouble identifying the note of human singing and the note I hear in my head. Any suggestion on how to practice this?
2
for a person who is still beginner at ear training how does one hear the difference between modes and other keys?
1
How to tell major, minor, augmented, dominant and diminished chords apart?
9
How do I aurally differentiate the tritone, min 6th and major 7th intervals?
10
How can I develop relative pitch if I have perfect pitch?
2
Aurally distinguishing between head voice and chest voice
1
Hearing the difference between VIIdim7 - Im and Vm - Im