What does II mean in this strumming instruction?

What does the II above the numbers in the strumming section mean? 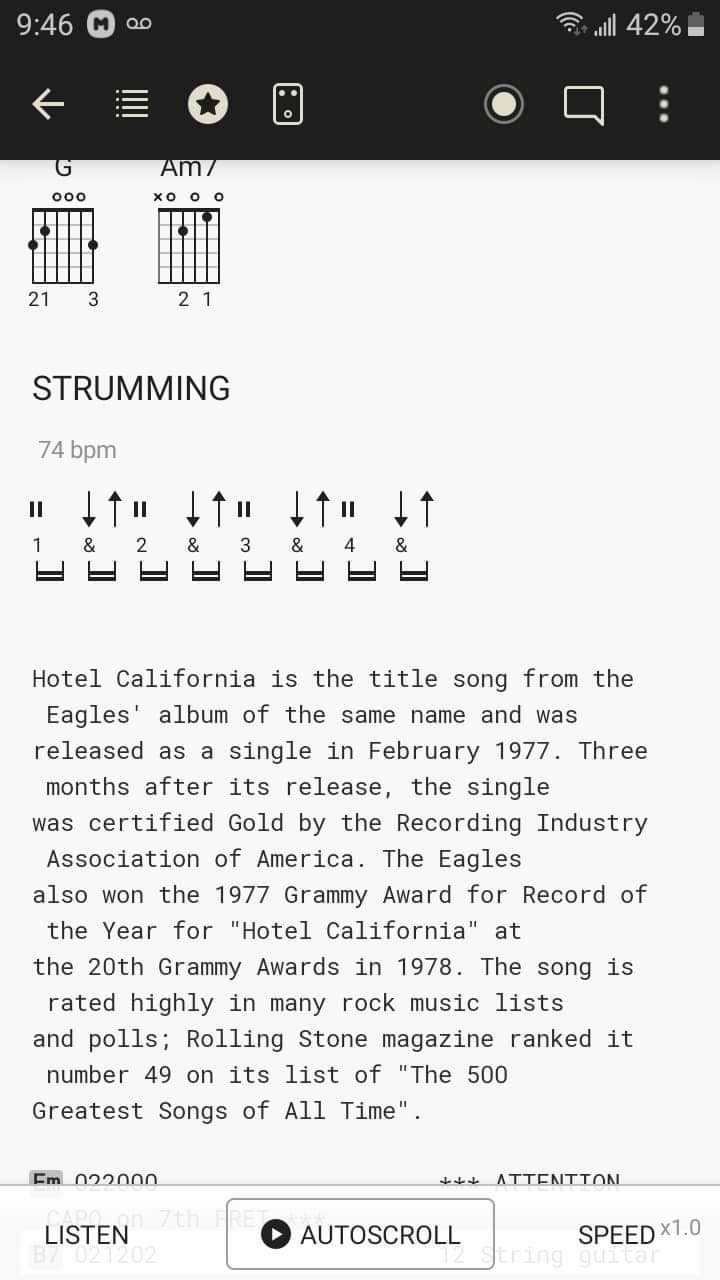 The pattern diagram appears to separate the count into four separations, seeing how the up arrow is coming in on the second half of the &.

Another way to count it would be the syllables One - E - And - Uh, where on count is broken into four beats, or one quarter note separated into sixteenths.

The two lines then are representing the two beats of the first half of the count.

Edit: looking at it again, I suspect the two lines are the PAUSE symbol...

I think the II sign has to tell us that the upbeat is mute. Compare this picture: (V)

Not the answer you're looking for? Browse other questions tagged strumming or ask your own question.

4
Real examples of guitar technique Wikipedia calls “polyphonic strumming”
5
What are the reasons for using strumming and picking patterns?
2
What is this finger style strumming called?
2
Strumming with fingers
2
How do I do this kind of strumming?
2
Strumming pattern confusion
1
Why do tabs show individual notes being played where the song seems to contain strumming?