Is this piece of renaissance music really in the locrian mode?

A fifteenth-century dance manual contains this piece of music: 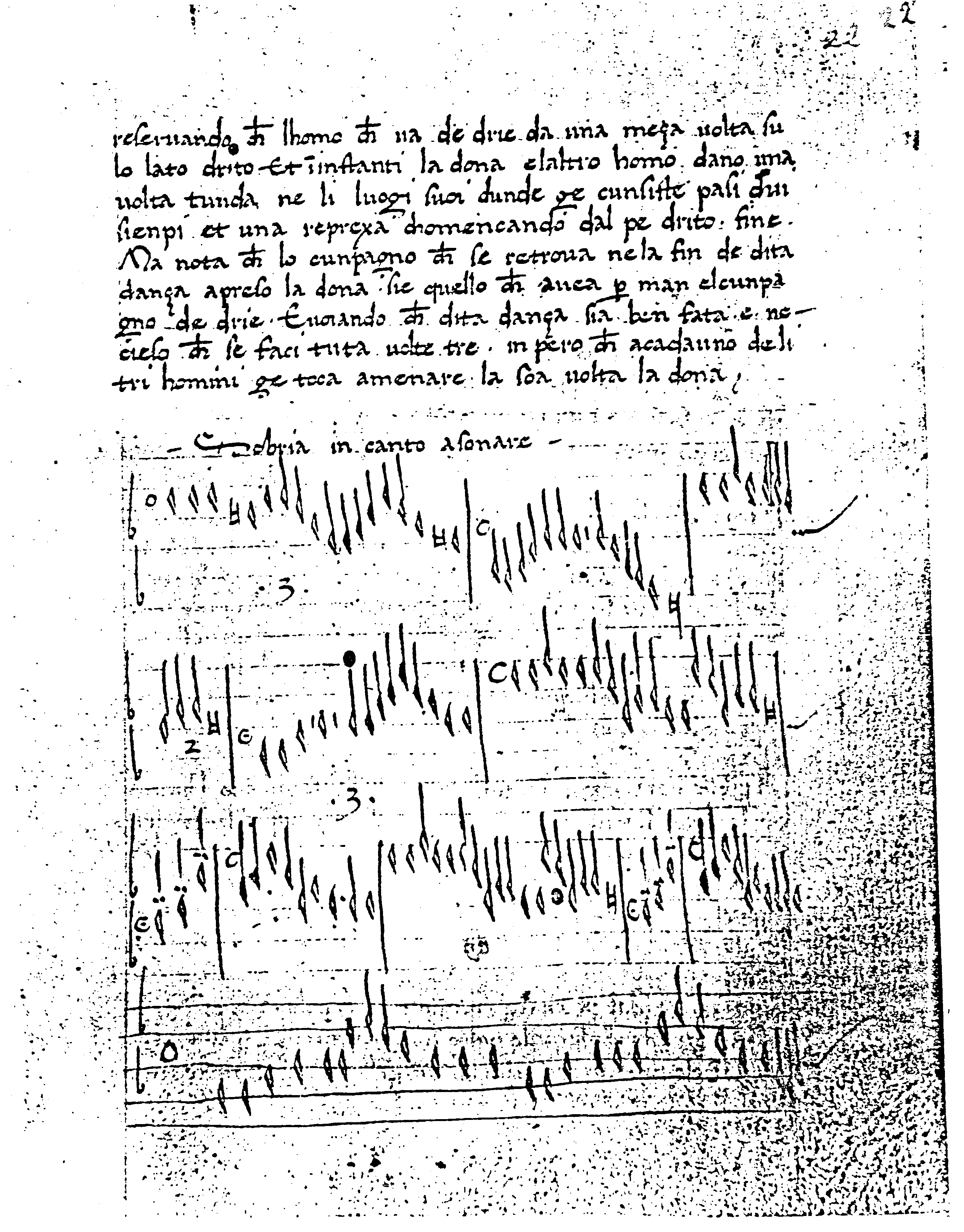 which appears to be (uncharacteristically) in the locrian mode. Is it really, or am I mis-reading? Does anybody know of other music from this period in this mode? Any in multiple parts?

It partly depends how you read the accidentals at the beginning of each staff, and there are several manuscripts of this treaty and therefore of this Sobria. If one uses the PnD manuscript (from Paris National Library - Ex French Royal Library - Fonds Italien) as you do (I do not have access to something else anyway), and one makes the hypothesis that the two flats are one fifth apart, in the common order of B-E then the first three notes are D,D,D. It is consistent with the use of the C-clef in other parts of the manuscript, while strangely, no clef is written for this dance.

It is compatible with a Locrian mode on A : A Bb C D Eb F G A, but somehow I doubt it. The fact that the clef was omitted on this particular air, leaves doubt on the copist's faithfullness or the convention used here. It is also the only part of the manuscript I think where two flats are used (but look at the Proxenera which seems clearly in Bb).

I don't know of music in this mode for this period (around 1400-1450), especially italian authors, and Locrian mode is difficult to harmonize in several parts. I will ask around.

(@Monica Cellio asked that I expand my comment into an answer.)

The beginning looks like a top voice to me because of its 3-fold repetition in semibreves D-D-D then breve C. The lowest line of the page looks to me like a tenor that could go with it: D D Eb F F F -- it doesn't exactly work, but it gives me a sense of what might be implied here.

If it is meant to be in Locrian, I would want to see a number of Ebs -- mode in the Renaissance isn't just final notes and key signatures, but also the usage and distribution of notes. There are only two notes a fifth above the cadential A and they're both neighbor tone minims. The D and A are much more prominent notes, letting me think that it's a mode with D and A as the final and co-final/reciting-tone.

There's an argument from a Bayesian/probabilistic standpoint -- the Locrian mode is not a mode that is discussed in any medieval or Renaissance treatise (I actually stumbled on this question while deciding whether to post a question about the earliest reference to the term "Locrian" -- I suspect it's 19th c.). Thus, to me there's an assumption that it won't be in Locrian unless it's very clearly there. I can't imagine that a piece designed to teach dance moves would also be the most harmonically innovative piece in a century without the author having commented on it. It seems more likely that the rhythms + contours are the most important elements for this discussion (esp. given the lack of clefs)

So none of this is to say that it's absolutely impossible to say that it's in the Locrian mode -- it could be an incredibly innovative genius choosing to hide his or her invention of a new harmonic system in an obscure place. People have made these arguments for a number of pieces, but I always find that another explanation (incorrect clefing in some works; painters who didn't care about painting music with accuracy in the case of music in art works) is more compelling.

Not the answer you're looking for? Browse other questions tagged theory scales modes renaissance-music or ask your own question.

24
Is F Lydian mode in the "key" of C Major?
2
Gregorian modes in Renaissance music (with Cabezón's 'Tiento del Cuarto Tono' as an example)
2
Mode for french 16th century music
1
Did the modes change when they came to be "expressed as permutations of the major-minor scale system"?
4
How to interpret trills in renaissance music?
7
Why don’t we use the term “scale signature”, rather than “key signature”?
2
Do Lydian and Locrian Pentantonic Scales Exist?
5
Chants in Renaissance vocal music
7
What is the difference between "primi toni" and "octavi toni"
5
Help me figure out the mode of this Howard Shore piece