What are the precise harmonic functions of the Minor sixth chord? I remember that I read somewhere that they play often the role of the I degree in a chord progression (like the often used 6/9 chord) but why this? If this is correct when I find that D-6 in picture I should say that I'm in the tonality of D minor and not F major.. basically that one cannot be a sixth of F cause on the sixth degree of a major scale I should find a min7 chord right? Thank you and sorry for the dumb question, I'm studying jazz and still have so much to learn! 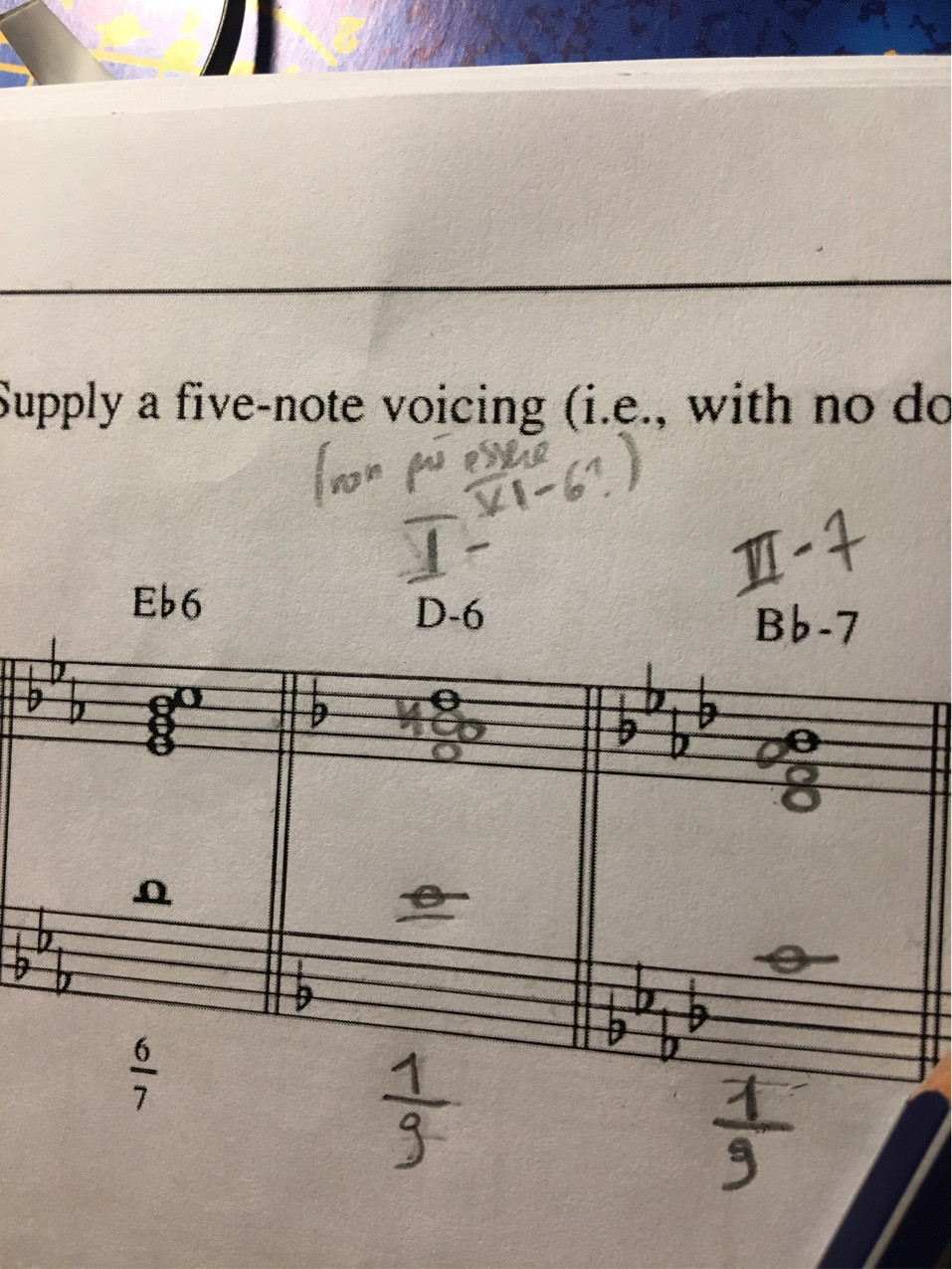 Dm6, as you have written, comprises D F A B. The fact that there's a B♮ in there isn't that important. That note features in the scale of D melodic minor (D E F G A B C♯), so it could be expected in Dm - or the relative F major too.

As far as its function is concerned, it gets used as V/V, containing notes similar to G9(no root). It's also closely related to vi in key F, no surprise there!

Not the answer you're looking for? Browse other questions tagged scales harmony chord-theory jazz functional-harmony or ask your own question.

2
Building the chords for C#m(b6)
2
What scale degrees form the most-used chords in a minor tonality?
0
diminished chord in degree
5
Guidelines for writing a chord progression
0
What is the relationship between the 5th and minor 7th in dominant chords?