What does fret-board on top of a note in music sheet mean? [duplicate]

Is that a guitar exercise, or is it (as I strongly suspect) a melody plus accompaniment?

The melody in the music staff would be sung or played by another instrument, whilst the guitarist would accompany it by playing the chords suggested by the fretboard grids.

This is a very common way of notating easy versions of songs. If it was an actual guitar exercise (something to all be played on the one guitar by one person) I’d expect it to be either all notated on the staff, or in guitar tablature.

The chord stated may be the same as the note it's over, but that's coincidence more than anything. In fact here, there's a C chord over a C note, but over a D note, there's Dm. More often than not, some notes from a particular chord will be in that bar. There is a G note in the G bar - there's also a B note, found in the G chord. (That A is a passing note, on a weak part of the bar, so it still works).

The actual chord shape as shown is the simplest version there is, and is there to help beginners. It certainly works, but there are many other voicings of whatever chord that will do instead.

So, with music written this way, the chords and notes are related, but not in a physical way - you play one or the other - someone else may join in with the other while you play one.

or if you are advanced you can play both combined by picking the strings (e.g. the melody with the index finger and the bass string with the thumb and the other strings with the remaining fingers.

There is still another notations system called TAB where the lines are representing the strings, the Arabic numbers are the frets (note heads) and the letters are the finger-abbreviations. 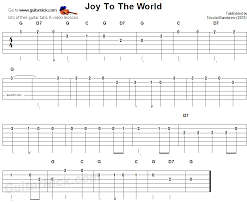 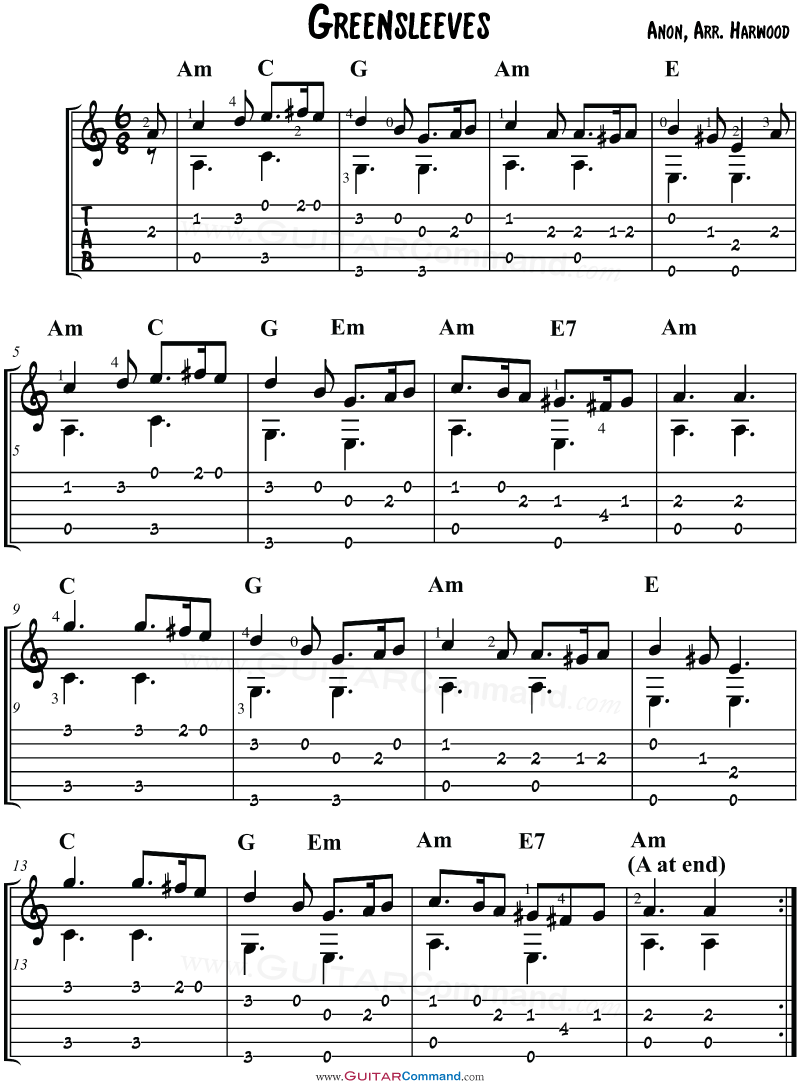 in the second example (Greensleaves) the numbers in the staff are indicating the fingers!

It depends on what kind of accompaniment you want to play, the chords (which are just standard versions of the particular chord) can be used for rhythmic accompaniment. You can either use some matching strumming or play the notes of the particular chord as arpeggios, what ever suites batter. The notes on the other hand are indicating a melody line (Its morning has broken, right?). It could be either for singing of for solo guitar playing.

Not the answer you're looking for? Browse other questions tagged guitar exercises or ask your own question.

13
Guitar scales further up the fret board
5
Using white spot(markings) on fret board while memorizing notes
3
How to fret an F# root note with a drop-E capo?
8
Black stains on my fingertips after playing a new guitar
9
Guitar - How to play two-string mini-barre chords?
5
Why do I see different tabs for same C Major scale and which one should I use?
1
How to Barre Chords Properly?
2
Piano exercise for sequencing right hand chords with fixed top-most note
0
How the position of a chord's notes is determined on the guitar fret board?
0
Music Sheet Notes Interpretation