What does the 8 under the treble clef of the tenor part mean? [duplicate]

I have a piano theory exam coming soon and I have a question about the modern vocal score in open score. Usually, under the treble clef of the tenor part, there is an 8, but sometimes there isn't. How come it is like that?

(Before are 2 examples: one without the 8 and one with the 8) 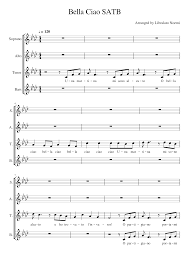 Tenor parts are often written in the treble clef. But that means they are then one octave higher than they should be. So a little '8' is written under the clef sign, telling that all the notes are to be sung an octave lower than written. Where there is no '8', you'll notice the notes are written lower on the clef, and are reachable as they are.

Tenor and guitar parts are conventionally written one octave higher than sounded. In correct notation, the 8 below the clef indicates that the sound is one octave lower than the notation. This is important for playing the tenor part at actually sung pitch. In two-staff notation for four-part harmony, tenor and bass are notated together in a single bass clef and the tenor is then written at pitch.

The "correct" presence of the "8" is more dependable the more recent the music is. Modern editions are pretty reliable in that respect.

Particularly in Renaissance and other old music typically performed by male singers only, the tenor part may actually be written in proper treble clef occasionally. This will usually be discernible by a) other movements having the 8 subscript in the tenor part b) the range occupying significant stretches of the lower part of the staff rather than the upper

In contrast to the occasionally murky tenor situation, guitar scores are always played one octave lower than treble clef, regardless of whether the writer thought of including the 8 or not.

7
8 under clef and timing questions

46
What are the practical reasons for still having transposing instruments?
5
Who plays which part of a sheet music in a band?
9
Why does this version of Für Elise have d# then e both with treble clefs?
3
Difference between violin and piano sheet music regarding notes on treble clef
5
Notes preceding slurs: legato or not?
10
What Constitutes Theory?
4
C Clef Showing Middle C on the Second Space: Printing Error, or Obscure Clef?
8
When does bar-line go down?
6
Why is the interval between G and F in C Major a minor 7th?
4
Alteration in a stave in a score: does it communicate with the other stave?