I am looking at the song “Redemption Song” by Bob Marley and trying to analyze it.

It seems to be in the key of G. The verse has the I IV ii and vi in a 4 bar loop. The third time through the 4 bar loop in the verse it has a V (D no 3rd) instead of the ii (a) which acts as a dominant that leads to the G, the I chord which starts the chorus.

The melody in the chorus is very clearly in G. 3 of the 4 phrases end on G. And the chord function makes it quite obvious that G is home.

But the verse is more ambiguous. The melody doesn’t have many Gs and seems to resolve to A a lot. There is a Bb but I think it is a passing tone and there are also b naturals. Is the verse in A minor? The verse has two large phrases split into two smaller phrases. Both larger phrases seem to resolve on the A minor chord the first time on the 3rd of the chord (c) the second one on the tonic (a) but the second phase ends on the D chord so while the melody resolves it sounds less stable as it is on the V chord of G (D) which wants to bring it to G.

Am I right about the verse being in A minor. Is this a common modulation? Or is it in G or Em?

And one more question; the song ends on the chorus followed by several bars of Am and then am6 causing a lot of tension that wants to resolve. The F# of the Am6 is the leading tone to G and it never resolves. Am I hearing this incorrectly because I have analyses the keys wrong or is it intentionally unresolved because it is a metaphor to leave the song unresolved because the issue at hand is unresolved (meaning slavery and the pain it caused will always be an issue)? 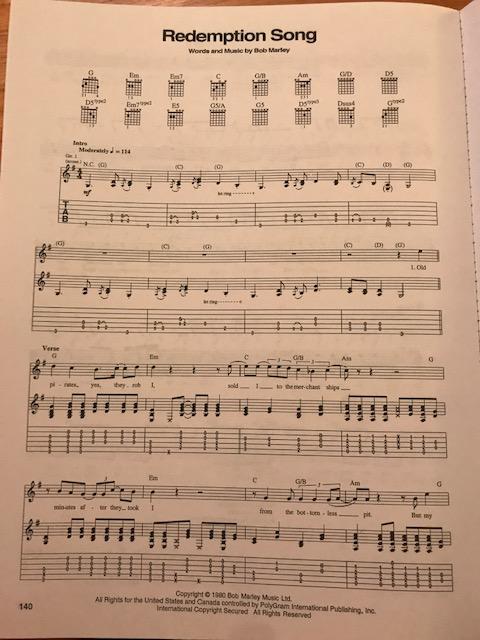 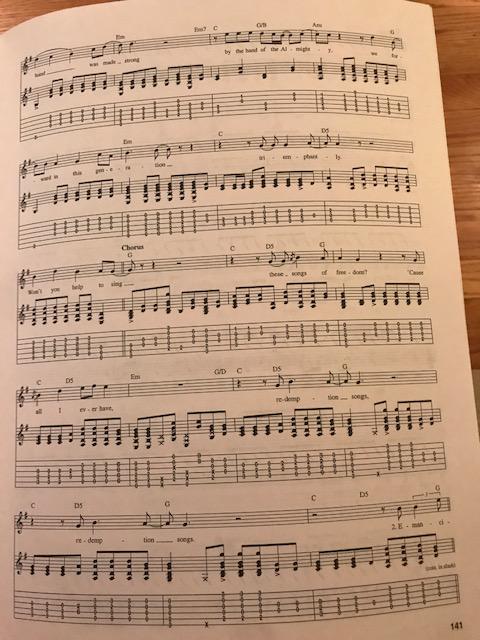 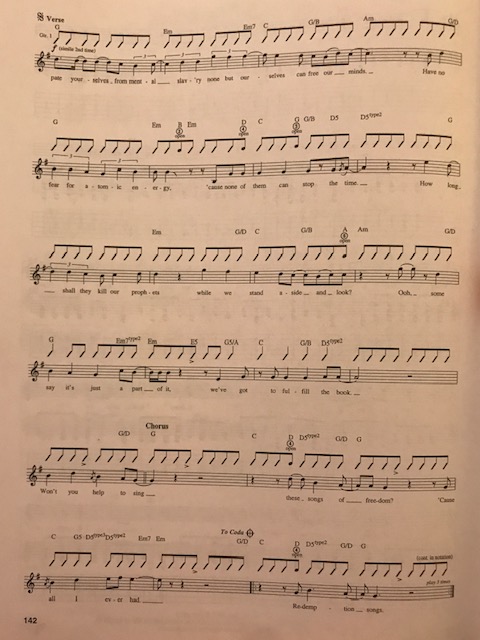 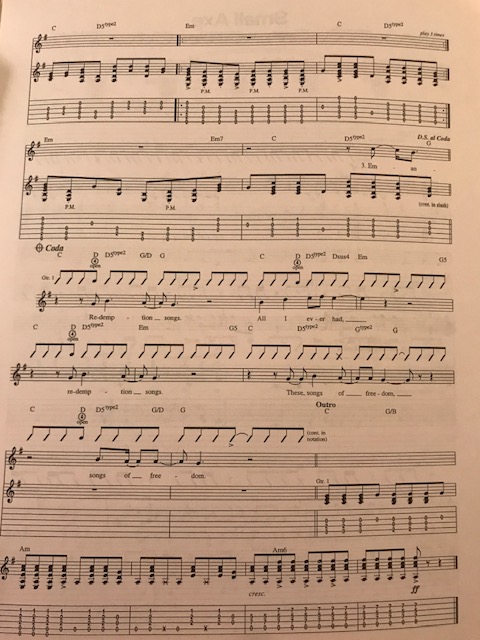 The verse (and song) is in G major bouncing around between all the usual and normal chords for G major.

If the verse were in A minor, that would mean starting the verse on the bVII chord which, while theoretically possible, definitely wouldn't make sense functionally or historically, in terms of musical tradition. When we talk about functional harmony, we have to remember that keyword: function. Does it sound like a bVII? Likely not.

Regarding the ending, it is unique. Debating the artistic implications of the ending is interesting but outside the scope of this question, so I won't address that. However, from a functional perspective, the "am6" which could be re-written to show function: "F#m7b5" (half-diminished) would illuminate the fact that the final chord is functioning more like a dominant (it is in fact a type of leading-tone chord) which as you pointed out, pulls us back to tonic. Tonic never comes though, and it's unresolved. This is akin to what is sometimes referred to as a Half-Cadence or an Unfinished Cadence.

A simple test is - if it stopped there, on that chord, would it sound finished? The whole song is in G major, and stays in G major for the verse, and chorus too. There are several places where there are D chords leading to G. Perfect cadences in key G. If some of this is in Am, I'd expect to find some V of Am (E/E7) and I don't. Solidly in key G all through.

Going to Am in the fourth bar may point to 'being in Am', but it returns straightway to G even before the bar's end!Just play it and stop playing on Am. Doesn't sound like a finish, does it? Could have equally been a C chord, which again would lead back to G - sort of plagal cadence.

6
Harmonic analysis of "Walk this Way" by Aerosmith
1
Chord Sequence Analysis
0
F Dm Am C (Lydian?) Progression
4
Diminished seventh spelling but functioning as an Augmented Sixth?
0
Roman numeral analysis of exam practice exercise: "Polish Song" by Hiller
0
(REVISED): Roman Numeral Analysis of Fuchs- 'Mother Tells a Story'
0
How would these chords from "When Christmas Comes to Town" be analyzed?
5
How to analyze mm. 5-8 in the first movement of Beethoven Piano Sonata No. 8
2
How to determine whether song is 16 bar blues or 32 bar form?