Right now, if I want to see what the notes are in, say, the G Harmonic Minor scale, I can start with G and count tone, semitone tone tone semitone tone-and-a-half semitone and put little post-it stickers on the keys to remind myself, but I'm looking for efficient exercises to commit the scales to memory so the post-it stickers are in my head, i.e., so I've memorized all the notes in the Natural Minor, Harmonic Minor, and Major scales.

I talked to a music teacher in my town who thought if I kept doing what I'm doing now it would eventually all start to stick. But I want systematic exercises to commit the scales to memory faster. Also, NB, it's the notes in the scale I want to memorize, not the keys on the piano keyboard. If I've memorized that C-minor is the naturals except for A flat, B-flat and E-flat I'll have no trouble finding those notes on the keyboard. What are some good time-tested efficient exercises for memorizing the notes of the scales?

There are several symbolic layers or medias to represent and imagine the scales and degrees. As you say you can represent the scales by the keys of the keyboard. This is the most logical symbolic layer to me. The other useful symbolic representations are the sheet music in the note staff system, the tactil-motoric memory for scales and keys, but also the formal representation of numbers and letters like c d ef, g a bc reflecting the semitones and whole tone steps.

Post-it stickers are less helpful (as they are movable). You must try to memorize the key pictures in your mind. You should try first to practice and train such a copy or imagination of the keyboard pattern. As you say this is not the main problem then you can do the same of the sheet image or the abstract names by letters, but I tell you the best and most helpful is the shape of the keyboard.

Than you should write down the relationships of scales and common tetrachords and parallel keys.

Tetrachords (= 4 tones = lower and upper half of a scale!:

If you have got the major scales wws-w-wws in your mind (the tetrachords wws will already suffice) you can construct the minor parallel key by flatting the 3rd and the 6th: G A BC D E F#G -> G ABb C DEb F#G

Mind that the minor melodic scale has the same upper tetrachord like the major parallel scale: d-e-f#g and the scale downward has the same tones as it's relative key Bb (g-f-eb-d).

First be sure of C major, C minor and a minor then continue with other keys progressing through the circle of 5th like described above and in other related answers. Try to make a foto in your memory and stay in this key until you are able to play or mind it as a conditioned reflex. If you are through the circle, play or mind tunes and songs (melodies without chords or with accompaniment, little piano pieces in different keys. Your wife would be proud of you! 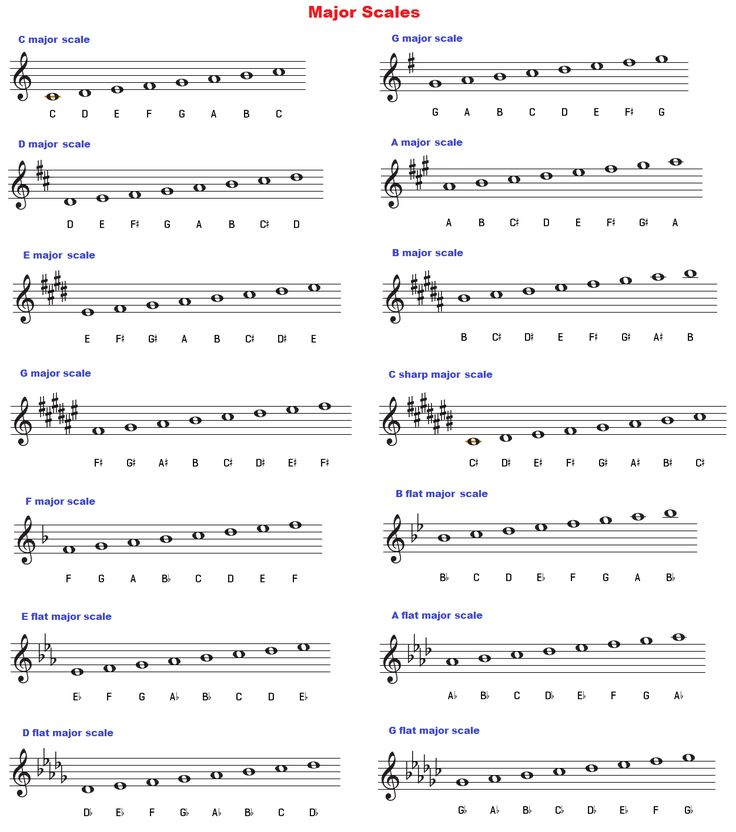 Memorising them as patterns of tone/semitone is fine as a start point. But the main thing is to memorise and internalise the sound of them. If you do this, your ear will tell you when you are off. Then you go back to your formulaic way of constructing them when you get stuck.

The best way to do this is simply to play them, preferably daily. At first it may seem hard or onerous - but it will open the world of music for you, more quickly than you would expect.

(Personally I find that this works far better than learning endless Greek names and mathematical ways of analysing things. Music is, after all, about what we hear, first and foremost.)

Good luck in your musical exploration!

A bit of Devil's advocate here. need to consider why knowing scales might be important.

Most players learn scales because they have to - they're part of exams, so obtaining good marks is the aim. Others may learn them because they hear that being able to play scales is 'part of the curriculum to become a good muso' or simply 'a good thing to do'.

It took me until after I'd become a teacher to realise that the most useful (important?) aspect of scales is the fact that so many pieces use the notes contained in them for the melodies and harmonies. I'm talking broadly here, not encompassing key changes or modulations - although the same argument can be used for the new key or modulation, surely.

Getting to the point, which maybe you are already aware of. Rather than merely going up and down the scale notes - playing scales, per se, concentrate on one in particular, and just use that in one session. Let's say G harmonic minor. Start composing or improvising from the Gm standpoint. Use its harmonies, only use its 'diatonic' notes (in parentheses as some don't include minors as having diatonics...). Now, you'll be unravelling that set of notes that when played in ascending/descending order are known as 'the G harmonic minor scale. After all, it's sort of scales backwards. Humans love to pigeon-hole, and they found sets of noes that go well together, and labelled them. It's what we do!

If I've understood your question correctly, I recommend that you learn key signatures. Learn the major ones, and then get some practice figuring out, for a given major key, what its relative minor is, and vice versa. Also, learn the circle of fifths.

The major keys with sharps: The last sharp listed will be the leading tone, or seventh degree of the scale. Example: let's say the last sharp in the list, in the key signature, is D#. Now go up half a step to E and you have the name of the key -- E major.

Here is a trick for starting to learn the circle of fifths (which you need to know, in order to write the sharps or flats in a key signature in the right order): Remember that the strings on a cello, go in this sequence, from low to high: C, G, D, A. Neighboring strings are a fifth apart, so now you have four things memorized in the circle of fifths. Now, what about the violin? It has another string above A, the E string. This gives us the next element in the circle of fifths.

And now we can use what we already know. We can repeat the sequence we have already established, but with a flat tacked onto each one. This gives us the next part of the sequence: C♭, G♭, D♭, A♭, E♭, B♭. Now, to finish up, we think of the triad B♭-D-F (or B♭-D♭-F if you prefer), which gets us the next element in the sequence, F. Another triad, F-A-C (or F-A♭-C if you prefer), and we have completed the circle:

...NB, it's the notes in the scale I want to memorize, not the keys on the piano keyboard. If I've memorized that C-minor is the naturals except for A flat, B-flat and E-flat I'll have no trouble finding those notes on the keyboard.

When worded that way it sounds to me like you really want to know the keys signatures not really the scales. The two are sort of the same, but suffice to say you just want the names of the tones, the letters and sharps and flats.

I think the way to go about it is think in terms of ascending and descending fifths.

Using your C minor example, we start at A minor with no sharps or flats in the key. We then descend by fifth through the tonics and also add flats by descending fifths. A down to D and add a Bb, D down to G and add an Eb, G down to C and add an Ab. We are at C with Bb Eb Ab for C minor.

The "melodic" and "harmonic" minor a just modifications raising the sixth ans seventh degrees of the minor scale as needed.

For A major you ascend by 3 fifths from C and add three sharps F# C# G#.

When you get comfortable reciting the letters by fifths you can pick out those sharps and flats quickly.

Or in a circle:

After reading Albrecht Hügli's answer about tetrachords I had another idea.

It's a combination of tetrachord thinking and leveraging tonal versus modal scale degrees.

Two perfect fourths joined by a whole step give use the outer parts of two tetrachords (shown in brackets)...

...those are the tonal scale degrees. The tonic, subdominant and dominant.

Add to that the second scale degree...

...the important thing is that in all the major and minor scales these tones do not change.

I showed the tones with a C tonic, but you can start on any tonic just add the tone a perfect fourth above and below the tonic and it's octave and then the whole step above the lower tonic.

Once you have your tonal foundation you fill in the remaining modal tones.

(Note: first tetrachord for ^1 to ^4 is called a minor tetrachord.

The remaining two scale degrees are the sixth and seventh and this is where things get complicated. The upside is if you get a handle on this part you understand are really important part about the major/minor system.

It's probably best to just learn the sixth and seventh from modifications of the major scale pattern which is a whole step above ^5 and a half step below ^1. Showing just the top tetrachord...

...a major tetrachord which is used for major and "melodic minor"...

...a Phrygian tetrachord for "natural" minor.

The benefit of this method over learning the key signature stuff by fifths is you can fill in the tonal foundation with simple whole and half steps. As long as you understand there a whole steps between all the letters except the half steps between BC and EF it should be easy to fill in the full scale.

Not the answer you're looking for? Browse other questions tagged scales memorization or ask your own question.

3
Any good methods to memorise scales?
1
Learning a new piece — tips to make sure to get all the notes accurately from the start (piano)

2
What actually changes in related scales?
5
When learning scales, is it important to know which key is being pressed when?
7
What is the most efficient way to memorize chord changes?
2
Tips on speedy scale writing (and singing) in different clefs and modes
1
How can I memorize all the notes in each usable key?