I have a modern jazz lead sheet “Just like that” from Peter Herbolzheimer in which the chords have rather unfamiliar notation. E♭9+11- is one, or Dm7♮. What do these mean? 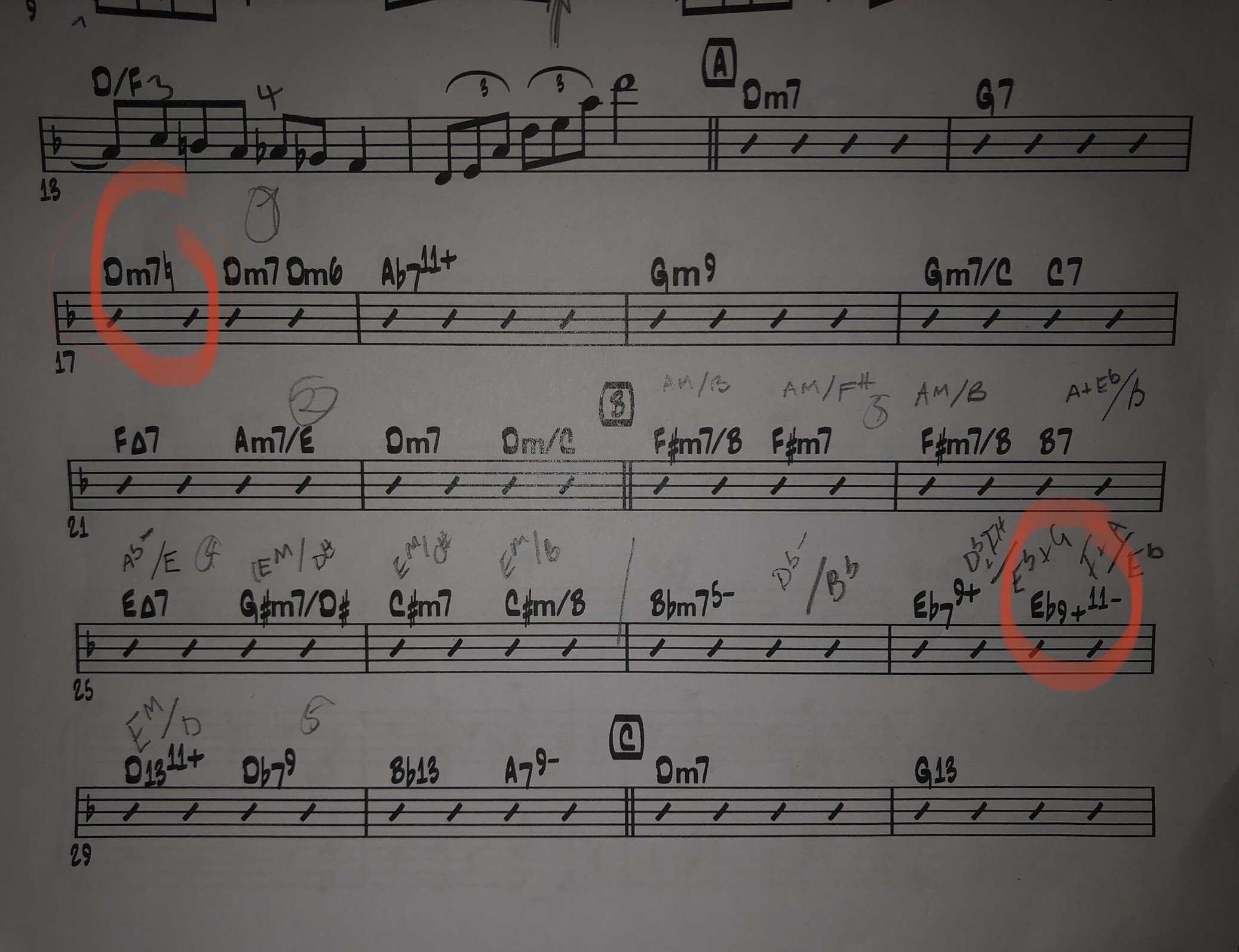 Just guessing doesn't make much sense here. In such a case it's usually wise to actually listen, it's music after all! And listening reveals that the chord is actually an Eb7(#9,b5). You can hear the transition from the #5 in the previous chord to the b5 pretty clearly. So the previous chord actually also has a #5 (or b13):

So what probably happened is that they couldn't decide whether they should use a #11 or a b5 in the chord symbol, and they ended up with a bad compromise, namely b11, which doesn't make any sense.

And, as correctly pointed out in other answers, the D minor chord with the natural placed after the '7' is a slightly unusual way to denote a D minor major seventh chord (D-F-A-C#).

Proper voice-leading notation with the 3rd (G) on top would be better though.

It seems a slightly unusual way to write out chord symbols in my experience.

However, guesswork says that Dm7♮ will be 'D minor, major seventh'. Made up from - D F A C♯. Sometimes written as DmM7.

The E♭9+11- should be 'E flat sharp nine flat eleven', containing E♭ G, B♭ D♭ F♯, A♭♭. Which doesn't make a lot of sense - that A♭♭ sounds the same as the M3 - G - so is meaningless as an extension to the basic chord - it might be technically 'correct', but I see no practical point in adding it.

2
Naming chord inversions
3
What's the difference to a player between dim7 and 7b9?
5
What is the name for this kind of chord chart?
4
Why and how to play chord progression?
8
What are the diatonic extended chords of C major?
7
Slash Chord Symbols with chords on both sides of the slash
0
What is this lead-sheet chord?
3
Why No Augmented Minor Chord?