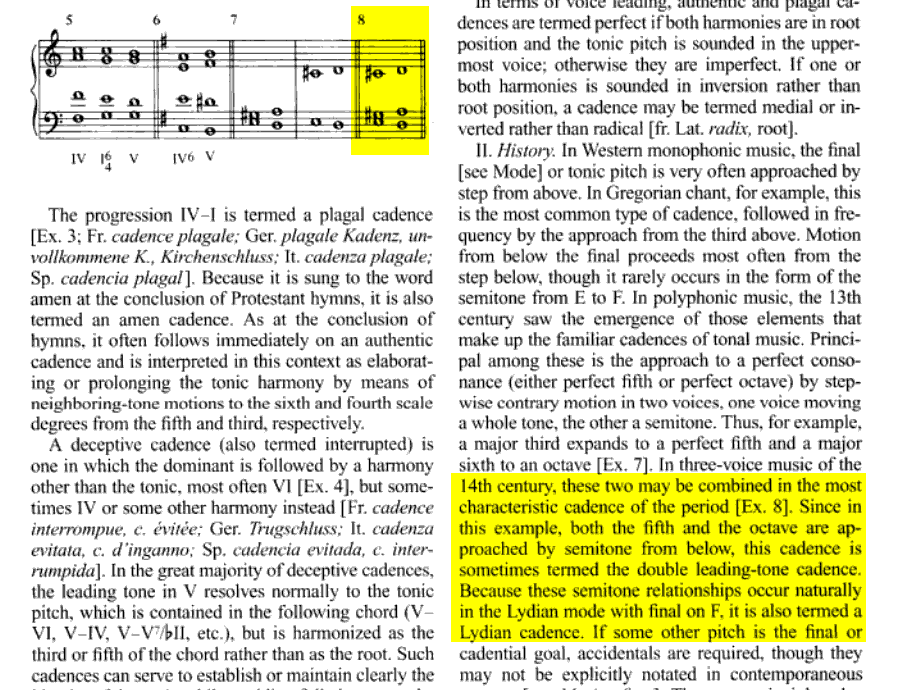 2
In any major key, what Roman Numerals indicate the major, minor, and diminished chords?
1
Cadences: Voicing and Roman numerals
3
Roman numerals above string instrument notes
0
F Dm Am C (Lydian?) Progression
6
Letters m, n and v above roman numerals in functional harmony notation
3
Diminished seventh cadence, is this an IAC or a PAC?
5
Roman numerals below the note in violin
9
What do you mean by the tonic chord feels as 'home'?
5
Chords as Roman Numerals: how to represent in-between chords?