Would you call the A going to G in the second group of 16th notes here an appoggiatura? It seems to fit the definition because it is approached by a leap. However, what makes me feel unsure is that even though the next note G is a chord tone (the tonic), it is fleeting as it moves quickly to the F, so this does not seem as full of a resolution compared to the examples of appoggiaturas I've seen before. 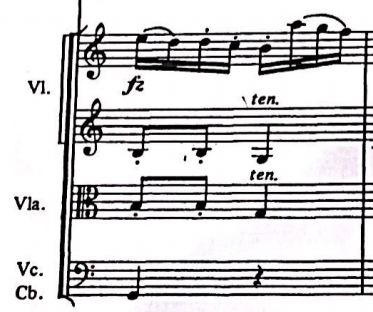 Yes, this is an appoggiatura.

One of the things to remember with non-chord tones is that duration isn't really important; even if the non-chord tone takes up 99% of the measure and the chord tone only takes up 1%, that doesn't switch which tone is a part of the chord. It's all about the underlying harmony. (The meter, however, can be important, and some nonchord tones tends to occur on strong beats rather than weak ones.)

This measure is clearly a G chord (perhaps G7), so no matter what that G is a chord tone and the preceding A is not. And because we leap into it and resolve in the opposite direction, we'd call this an appoggiatura.

Note that different people call the same non-chord tone a different name, so you may also hear this referred to as an incomplete neighbor tone.

No, I wouldn't call it an appoggiatura. But that distinction has nothing to do with duration.

The historical use of the term appoggiatura is about a "leaning" note that falls on a strong beat and resolves to a weak one. (There also was originally no necessary concept of leaping. In fact, the accent was the primary criterion for an appoggiatura: what some modern books tend to call "accented passing tones" would have often historically been called appoggiaturas.) The traditional appoggiatura notation (as grace note) would be impossible with a rhythm as in the question. It seems to stretch the meaning quite a bit from that historical and etymological root to shoehorn it into the meaning some modern textbooks assert to any dissonance leap to and resolved by step to a consonance.

And in fact most rigorous modern textbooks still prefer to assert that an appoggiatura occurs on a strong beat. (I won't go as far as this one, which asserts that an "unaccented appoggiatura" is an "oxymoron.") Often introductory textbooks tend to avoid the particular type of dissonance in the question (which is much more rare and is therefore more rarely named). I suspect that some people have regarded the absence of specific nomenclature/classification as a hole to fill and simply just use the (somewhat inappropriate) word appoggiatura. I also suspect some connection to the incorrect (and now outdated) trend in the 19th century and early 20th century to place all things that were then called "appoggiaturas" (i.e., grace notes) rhythmically prior to the beat. (The only historical type of unaccented appoggiaturas were played as rapidly as possible right before the beat, similar to what we now call acciaccaturas, never having a duration equal to or exceeding normal surrounding notes.)

One preferred term for this unaccented dissonance that some textbooks use is the non-specific "leaping tone," i.e., a dissonance that is leapt to on a weak beat/off-beat (and generally resolves to a consonance, generally in opposite direction to the leap).

Professional music theory literature would likely not refer to this as an appoggiatura, but rather as one variety of "incomplete neighbor" (or perhaps "leaping tone" if one were forced to be more specific). That literature would also usually tend to view it is a sort of "passing tone" in a sense as well (though not using that term), with the leap up merely shifting a part of a continuously descending scale up by an octave at that point. (Technical term: register transfer. Within the context of that term, this note has functions much more akin to a passing tone than an appoggiatura.)

I'd just call it a neighbour tone. It's more about melodic imitation than harmonic resolution. Appoggiaturas are generally on the beat.

Not the answer you're looking for? Browse other questions tagged terminology ornaments nonchord-tones or ask your own question.