Flutes in octaves sounds like an organ? Why does this happen?

But why? Even the hyperbass flute, sounding if I am correct, 3 octaves down from the notation, only barely reaches the size of your average organ pipe. And even if you are talking about a chamber organ, where the pipes are enclosed within the organ and the organ itself is about the size of an upright piano, the bass flute still doesn't come close to the size of the smallest organ pipe in terms of diameter and only barely comes close in terms of length.

I suspect that both the "organ effect" and the upper limit of around C6 are related to the overtone spectra of the different flutes and the way those overtones resonate amongst the flutes. However, I don't know for sure.

So why is it that the more flutes I add in lower and lower octaves, the more the combination sounds like an organ and less like a bunch of flutes?

A pipe organ can sound very similar to a flute. 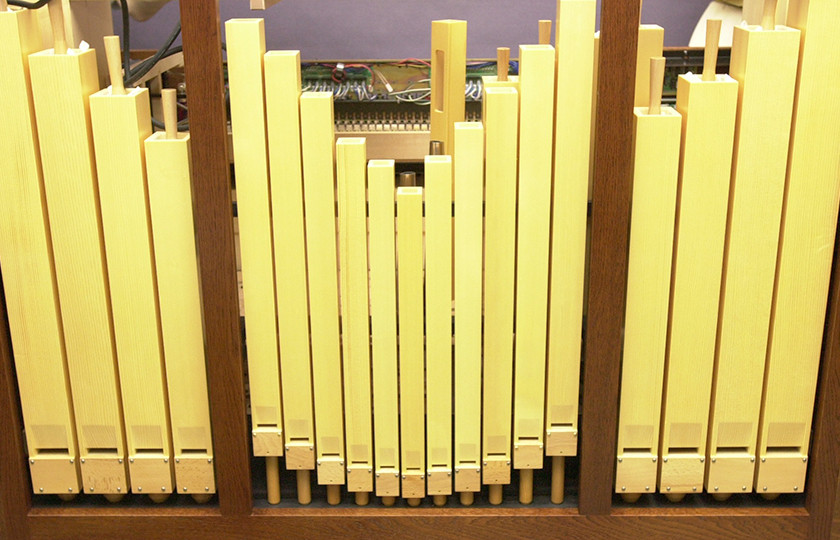 - an organ has a massive range, which encompasses all types of flutes. So any pitch you can produce on a flute, can also be produced on an organ.

(The lengths, listed in ft, refer to the approximate length of the longest pipe in a rank of open pipes)

Not the answer you're looking for? Browse other questions tagged tone flute acoustics psychoacoustics overtones or ask your own question.

8
Can you directly start to learn the alto flute without beginning by the C-flute?
1
Pan flute with PVC pipe
2
Why are the upper register C# and C-natural not the same as the lower register?
11
How does the use of silver influence the quality of a flute?
3
Want to buy a wooden flute, but I don't know what the specifications entail
3
4th octave Eb in Chopin, should I trust that the flutist will get the note?
1
Why does this chord sound like a very tense C minor when it isn't spelt like C minor at all?
7
How do tonewheel organs sound coherent?
4
Why doesn't the flute head joint behave like a Swanee whistle?