Please can someone tell me what the a 4. circled in the image below means? 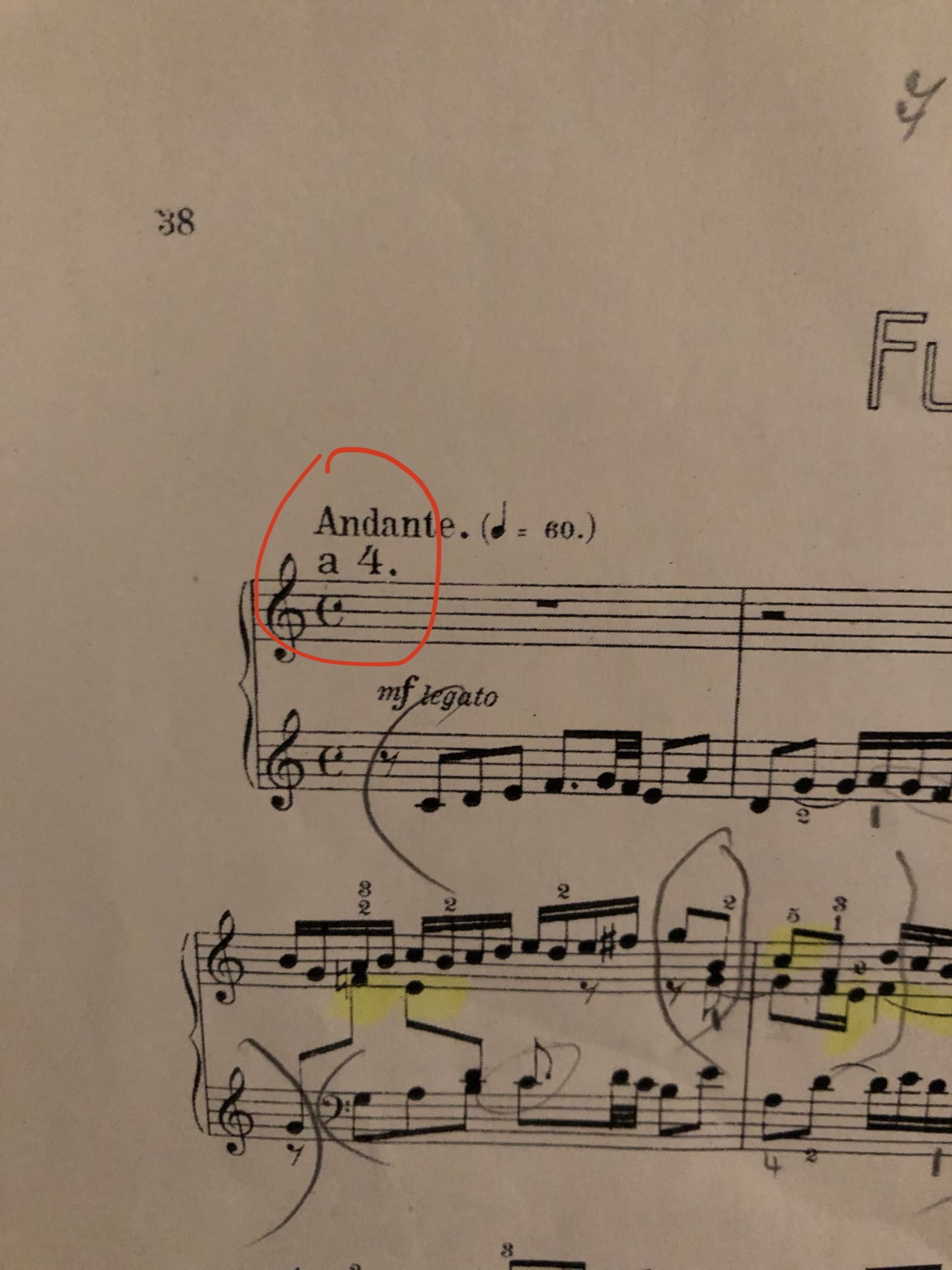 Secondly, I am scratching my head over the following rest. My assumption is that if the treble stave is being played (or sung) in parts, the top part sings or plays a quaver/eighth note, and the bottom plays/sings a dotted quaver/dotted eighth note. In other words there is a dotted quaver superimposed upon a quaver. But as I am playing piano solo I have no option but to play the dotted quaver correct? Phew! 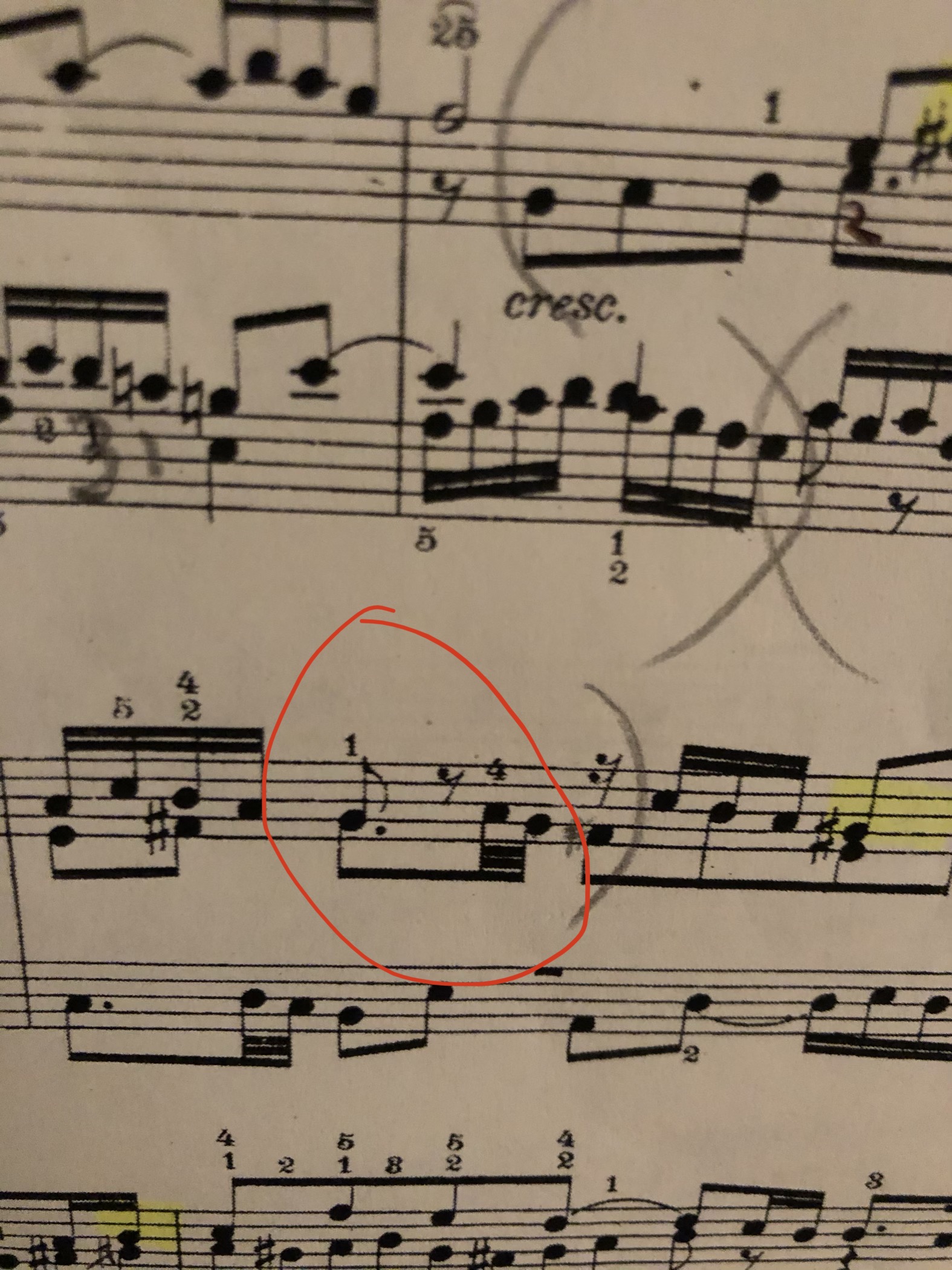 "in 4 voices". And regarding your second question: harpsichords and some other instruments can have multiple keyboards so that you can play this nicely. If you don't have the requisite extra keys, the key here is that Bach shows the music: a top voice and a bottom voice converging on a common note, the top voice ending there and restarting with another note later, the bottom voice continuing with its phrase.

That's what the listener is supposed to be able to hear in their imagination from the timing of the note's onset, its loudness, and its release. So you phrase the action on this key to your best ability such that it does not disrupt the listener's idea of the two voices' actions.

It's not the last time you'll encounter this kind of thing in the WTC.

Not the answer you're looking for? Browse other questions tagged theory piano notation or ask your own question.