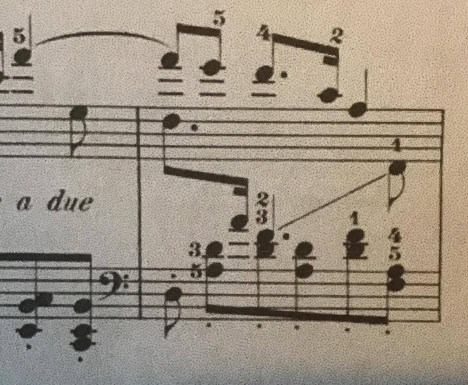 27
What does a straight line connecting notes on different clefs mean?

6
Harmonic stop on cello without fingers
7
Understanding and distinguishing piano slurs and phrases
1
How to write separate instructions for piano hands
3
How to notate piano cross-staff glissando with pedal line?
6
What's the meaning of the separator?
0
Dividing Note Value
16
What does this wavy downward arrow preceding a piano chord mean?
2
Confusing Bar (Multiple Voices)
4
How do I read this piano sheet music?
7
Why aren't octave clefs used in piano notation?