Why is vi6 (submediant chord in first inversion) rarely used?

I read that vi6 is almost completely absent – is there a reason for this?

It’s not so much that it’s absent, as that it doesn’t really behave so much like a vi chord as like an alteration of the I chord. For example, Schenkerian analysts tend to analyze it entirely as a modification of the I, as can be seen in the recent Burststein/Straus textbook. Whenever they refer to it as a vi chord, they put it in scare quotes, like this: “vi6”.

By far the most common occurrence of a vi6 chord—or, if you prefer, a “vi6” chord—is between a I chord and a ii chord. When this happens, the fifth of the I chord moves up by step before the root and the third do the same. If one went straight from I to ii with every note moving up by step, you’d have parallel fifths, so this is a way to move one of the notes up early in order to break up the parallelism. The result might look like I–vi6–ii, but might be better though of as a 5–6 motion. In symbols: I5–6–ii. 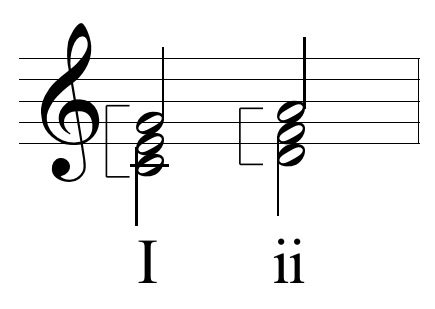 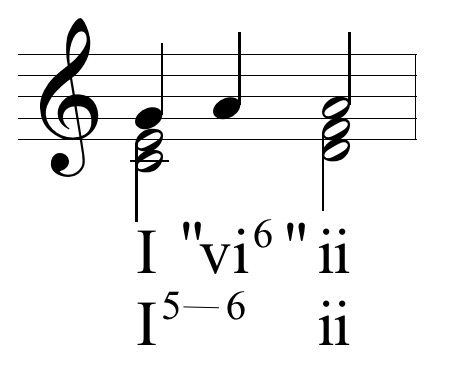 For example, say we’re in C Major. Going from I to ii risks parallel fifths as the C–G of the I move up by step to the D–A of the ii causing parallel fifths. If I use the 5–6 trick (or, if you prefer, interject a “vi6” chord between I and ii), then the G goes up to A before the C goes to D, and the bad parallel is avoided.

So, the answer to your question is that vi6 is perfectly common, but many theorists think it’s more accurate to look at it as a 5–6 motion over I instead. The point is that, for the Classical composers, this was a small upper-voice movement, not a change in harmony. Here's an example from the very beginning of the first movement of Mozart's piano sonata K. 333:

I found this handout on sequences on the web: http://myweb.fsu.edu/nrogers/Handouts/Diatonic_Sequence_Handout.pdf

As mentioned in the other answers, there's not a big difference in the sound, however, using a sequence allows one to proceed step by step so to speak.

Because (using the other system of chord naming) it sounds very like I6 - the tonic chord with an added 6th.

I think it depends on how it's used.

Two other answers already point out the 5-6 sequence.

It could also be approached with a secondary dominant to make clear it's really rooted on vi and not some embellishment of a I chord...

By comparison, if you did this... 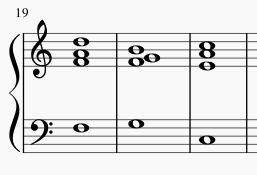 ...it sounds like it ends on a tonic chord with an added sixth, a C6 with the fifth omitted.

Not the answer you're looking for? Browse other questions tagged theory harmony voice-leading chord-inversions functional-harmony or ask your own question.