How can I achieve to have tied notes from the previous measure and cross-staff situation, when the notes which are in the Bass clef, technically in the Treble clef? No program (I tried Sibelius and Musescore) allows me to do this.

I also tried to write that right-hand passage in Bass clef and then cross-staff it up, different voices, but all that just messes it up and complicates the use of articulations and destroys the whole picture.

This is how it should look in my view. 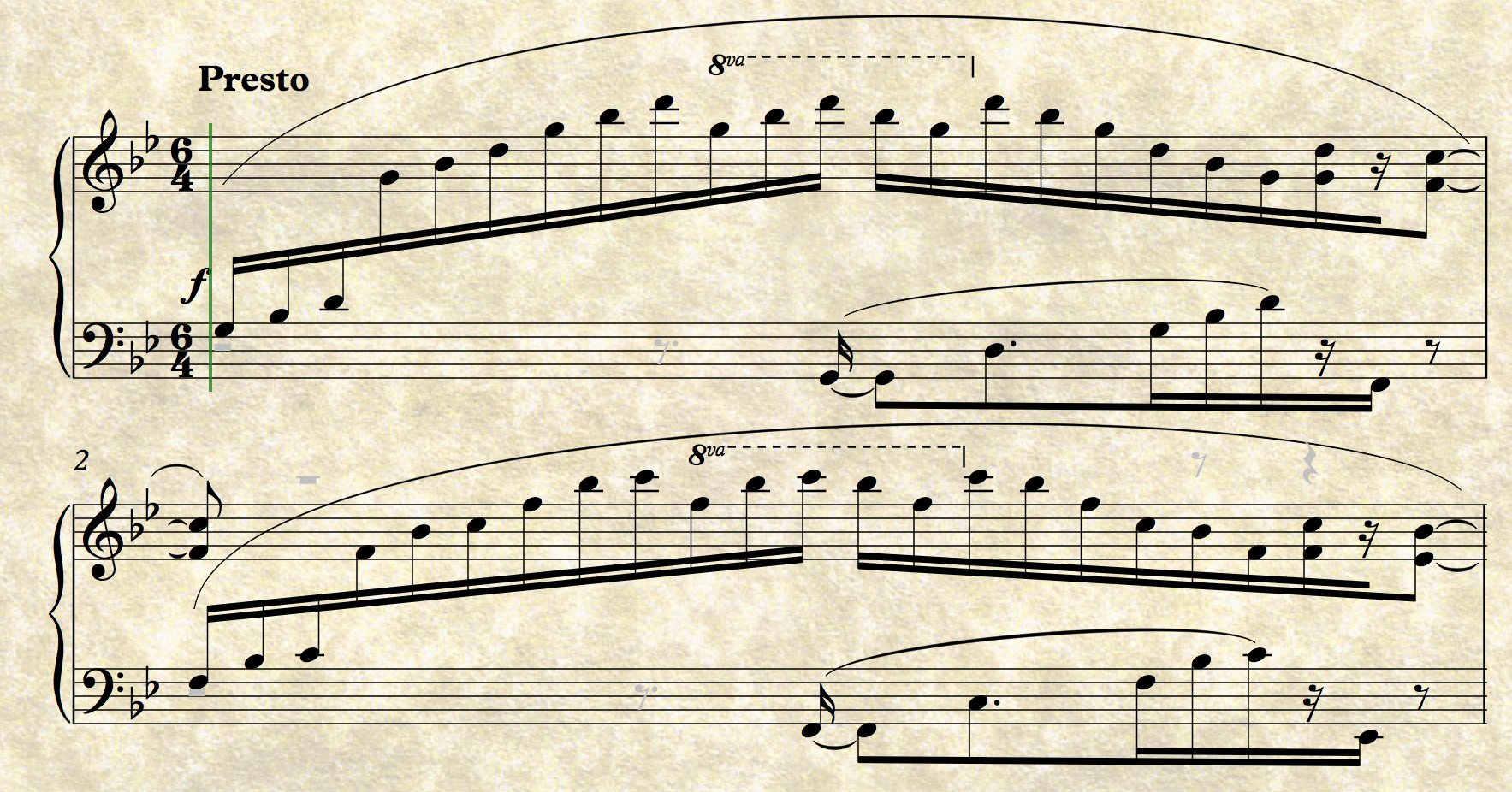 You said, "since this is one monophonic passage for one hand, I wouldn't want it to be split." But splitting the beams has nothing to do with which hands s/he uses. And anyway, however you write it the pianist will use both hands. Why not? His/her left hand has nothing else to do!

You said, "I assume it would be clearer if three notes from the Bass clef and the rest nine notes from Treble clef would be connected by one solid beam" No it wouldn't! Rather the opposite. 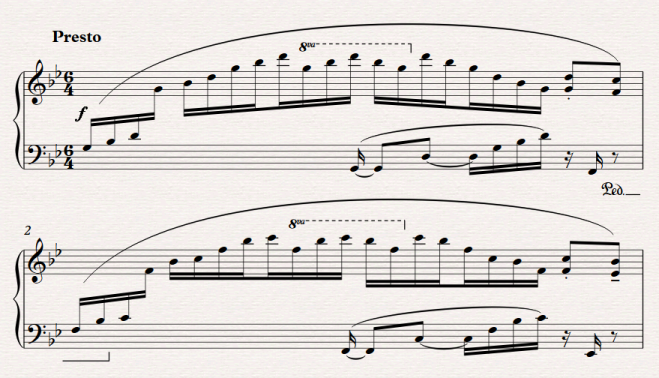 Note that I've made further corrections to the grammar. Grouped this way the beats are much easier to count.

[I just noticed I got some pitches wrong earlier. Sorry.] 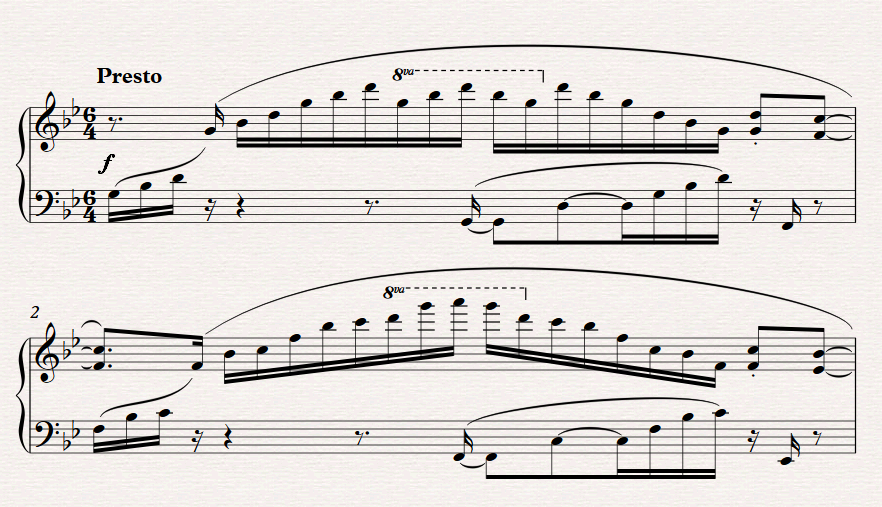 I did a couple of things to make it less cluttered: using staccato quavers instead of semiquavers with semiquaver rests, and making the chord at the start of bar 2 a fraction longer. You can easily change this back of course.

I broke up the beaming a bit too. It might be clearer if you also gave the left hand's beats 4 and 5 their own separate beams. I would, but it's up to you.

I'm not sure what you mean when you say you did it manually. I used Sibelius. Didn't need voices, btw.

Your "how it should look" looks pretty good to me as is. But I think that your issue is trying to beam through the 16th rest at the end of bar 1. Don't do that. It's at the very least confusing; beaming two notes together is one thing and rests are another, so the group you have there creates a reading conflict that has to be sorted.

So, I would say just make your last note (FC) with an upward stem and a flag, exactly as it is at the beginning of bar 2. Then you can tie them.

Ditto for the last 16th note in each bar with the tiny stem. Don't beam it with the previous note. Do it the way Old Brixtonian has it in his answer.

Finally, there isn't any such thing as notes in the bass clef that are "technically in the treble clef." That's like saying that something purple could "technically" be yellow. Seriously, though I think what you are getting at is notes above middle C that are written in the bass clef. That is done all the time; it's whatever works best.

For some ideas from a master composer, have a look at all the tricks that Liszt pulls in his Un Sospiro to make his intentions clear. Look also at how the performer breaks up the melody and arpeggios between the hands. You will probably find it instructive to study this piece in some detail:

Not the answer you're looking for? Browse other questions tagged piano notation sibelius or ask your own question.

5
Why transpose at the octave?
6
Best way to score melodic piano lines across both hands
3
How to notate piano cross-staff glissando with pedal line?
6
Where do I put this expression marking?
1
Question about cross-staff beaming, unnecessary rests, Debussy
2
MIDI file displays with treble staff only
7
What symbols on piano sheet music show what hand should play what?
4
How to notate a phrase than goes up and down several octaves
5
Lilypond: Putting left hand notes on treble clef - one more question