I have once heard this term Ruggiero in a discussion about a Baroque composition on the radio.

In Wikipedia, I found this description but it is not clear to me:

Can someone please explain this and help me to understand this term?

The Wiki article says: "Ruggiero refers to a musical scheme which is at times harmonic and at times melodic."

Could you give a melodic or rhythmic example?

A musical skeleton used for songs, instrumental variations, and dances, popular in Italy in the 17th century. It usually involves a melody in the bass in four phrases, usually in duple meter, chanting epic poetry to a skeletal bass.

Because the melody was so often improvised on, and is inevitable varied in the oral tradition, it is difficult to agree on an exact melody. The harmonic structure, however, has remained relatively unchanged. Harmonically the Ruggiero bass is major, generally in G, , and has four short phrases.

Source: This and This

Hope that helps! Let me know if you need further clarification!

The Ruggiero, or bass of Ruggiero, is a melodic-harmonic scheme on an ostinato bass very popular in Europe between the second half of the sixteenth and the first half of the eighteenth century, used in numerous compositions both vocal and instrumental.

Cadenzas from the figured bass period: extensions of the Cadenza lunga and doppia (Ruggiero)

At the beginning of the 16th century, the Italian poet Ludovico Ariosto wrote the verse poem Orlando furioso (The Raging Roland), which was soon widespread, especially in Romanesque countries. In Italy there were many sections of this epic have been shown to be sung soon (and thus represent an early one stage of development of the later emerging opera).

Above all, the line "Ruggier', qual semper fui, tal' esser voglio" became a kind of hit. Ruggiero is a hero of this epic (in English "Roger").

The 8-bar Bass of this aria was used as an basis for many other vocal and instrumental pieces (including at Diego Ortiz, Sigismondo d’India and Girolamo Frescobaldi.)

In detail, this bass exists in different versions, all have in common that they are pretty frequently cadence to degree I (three times in 8 bars). An early form of the final turn in the 7th / 8th Clock looks like this (e.g. belongs to Benedetto Ferrari).

Mostly, however, the movement of the bass is made more fluid (the upper part can do so assume different courses, here two variants):

The French Wiki says: The bass is generally in G and 8 short phrases. 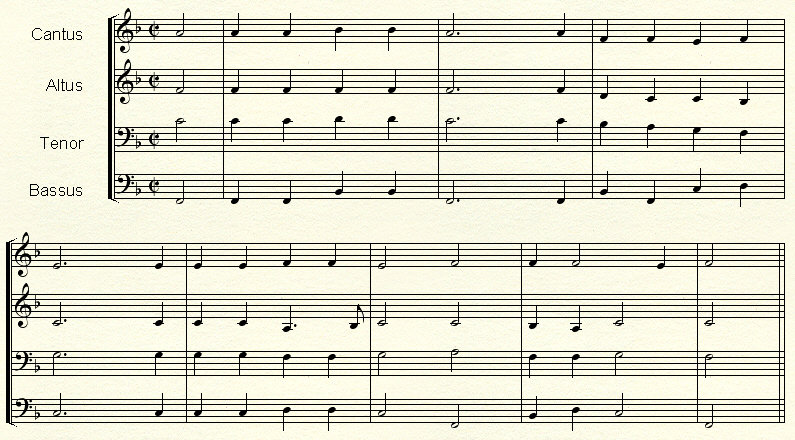 Not the answer you're looking for? Browse other questions tagged theory terminology history or ask your own question.

5
How is the mordent played in the given piece from Petzold
1
Succinct Definition of "Western vs. Non-Western Music"
10
Who invented rhythmic value names based on fractions of a measure of 4/4 music?
2
What counts as tonal music?
2
What does the word "Grand" in a title of a piece of music (by e.g. Beethoven or Chopin) mean?
4
what is a "leitmotif" and by whom has it been introduced into music language?
0
Usage of "to paraphrase" in music
3
Jesu Joy of Man's Desiring: What term is appropriate for the instrumental ornaments in Bachs Choral arrangements?