When reading Darbukah drum notes, some letters are capital, what is the meaning of it?

I'm learning to play Darkbuka these days and when reading notes, I see that some letters representing notes are capital and some are not and I looked for the reason online and couldn't find it, so what is the meaning of it, please? 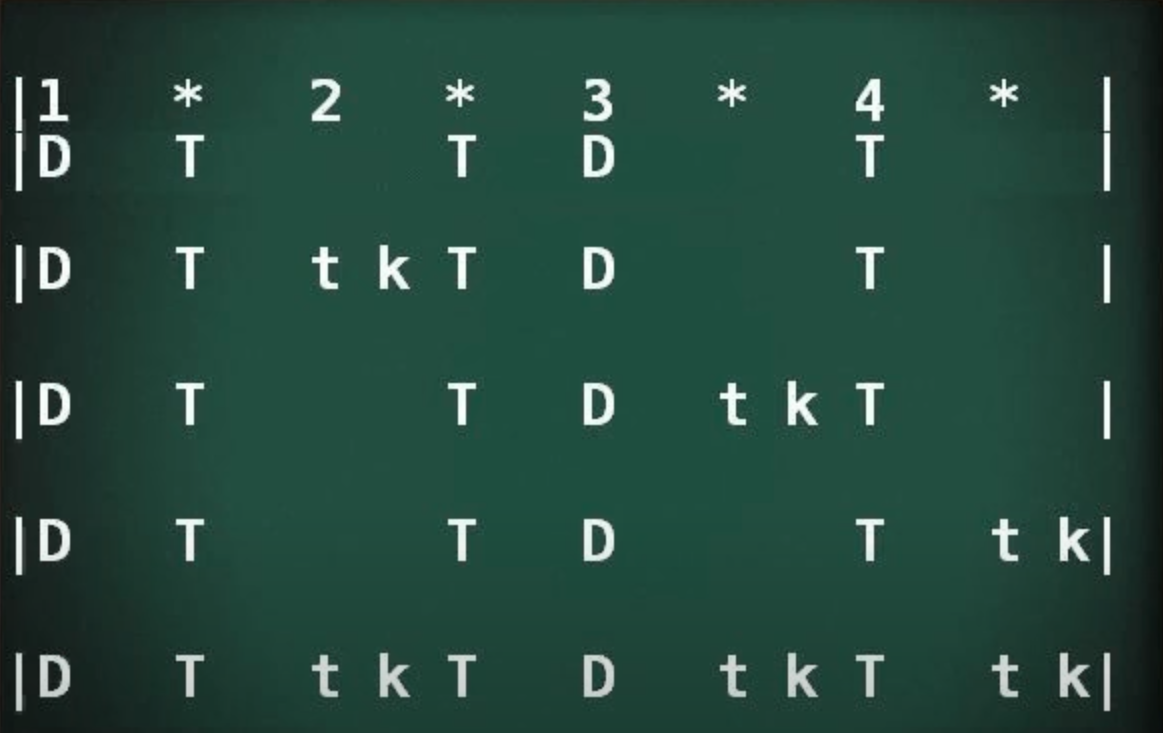 Notation for several African drums can be written with letter notation. This uses three letters: D, T and K. Each of these represents a different sound, produced by striking the drum in different ways. They relate to the spoken sound of these drum strikes:

And it's not just techniques that are onomatopoeic, many instrument names are too - in other words, the name simply sounds like the sound it makes! The Wikipedia page about the Dunun has some interesting info about this:

The names of the drums are onomatopoeic, meaning that they sound like the thing they describe. This is common for West African instruments. Shekere (gourd rattle), sege sege (metal djembe rattle), kese kese (woven basket rattle), and kenken (a bell played with dunun) are Malinké onomatopoeic terms for other instruments that are commonly played together with dunun and djembe.

From the Wikipedia article on Dumbek rhythms

In a simple notation, these three sounds are represented by three letters: D, T, and K. When capitalized, the beat is emphasized, and when lower-case, it is played less emphatically

13
What is forward momentum?
21
What is the meaning of this small vertical line?
7
Markings and symbols in Paganini violin compositions
7
How are the notes organized on a tongue drum?
6
What do these notation marks mean?
2
What are letters in parentheses (no chords)?
7
Why are some notes double stemmed in keyboard style harmony while others are not?