How do I progress without a cello teacher during COVID lockdowns?

I’ve been playing cello for four years now and I want to get better, but I don’t know how. I started playing when I was placed in the wrong course at school and I ended up in the experienced class instead of beginner. The first year was taught by a proper strings teacher, but I spent most of the time self-teaching in order to catch up with the class (having played piano for several years really helped with the transition). Then, by the start of the next year, my teacher moved schools and my class was left with a band teacher who hadn’t taught strings in over 10 years.

Now, I’m in twelfth grade and worked my way up to the principle cellist in the school orchestra but I know there are some key skills missing (such as vibrato and tone). Playing at school was enough for me but now because of COVID, I’m stuck at home and want to take advantage of the copious amount of extra time I have and improve my cello skills.

Due to never having a proper cello teacher, I don’t actually know how advanced I am. I have a friend who is in the RCM system who said I would be around a level 3/4, but even so, I don’t know where to start or how to progress without a teacher.

Is there anything someone could recommend for me to do?

(For reference, here’s an example of something we played in orchestra last year): 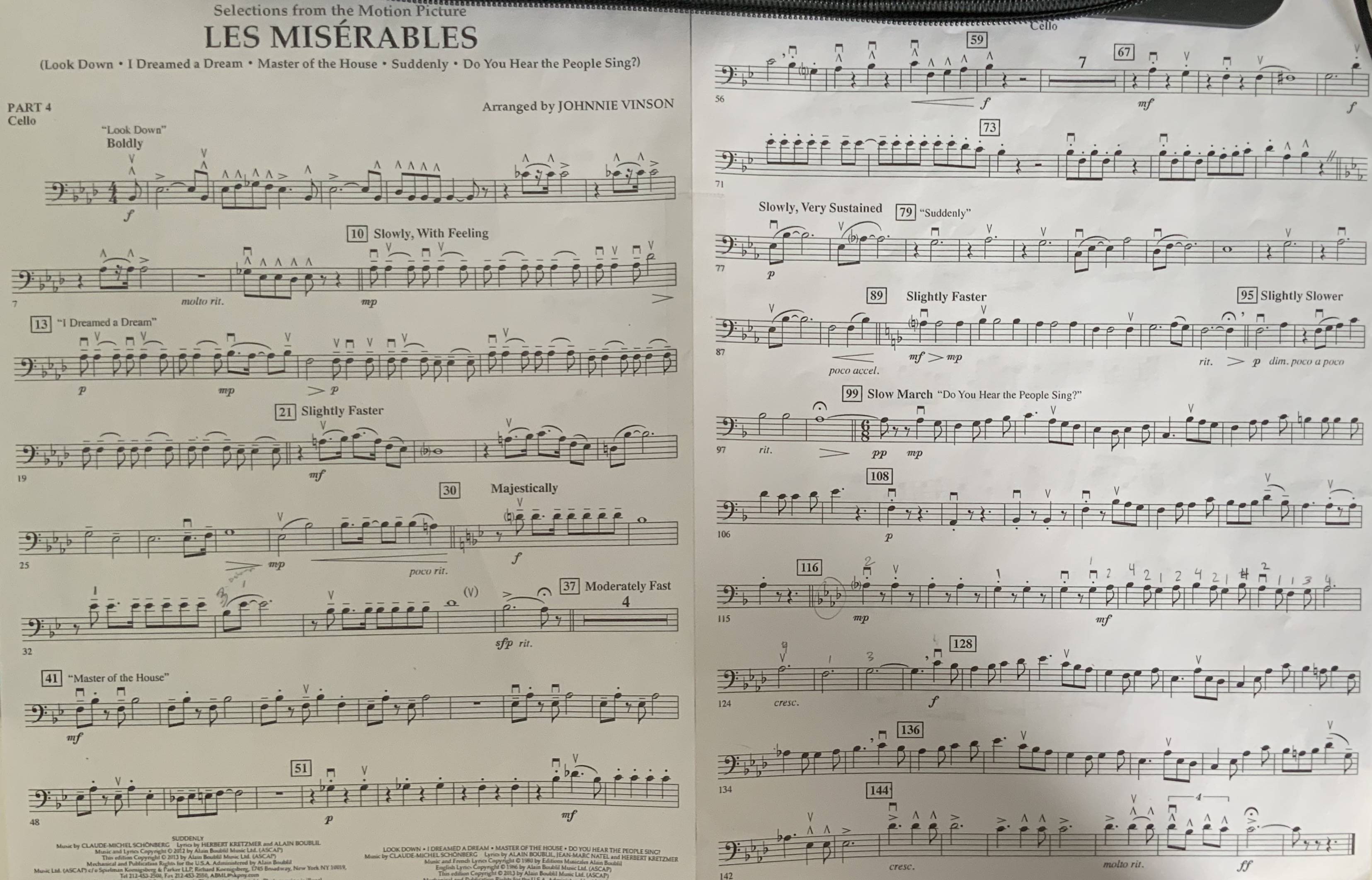 The only string teaching that remains, as far as I know, is online. I know quite a few violin teachers who were teaching online before and who are continuing but a lot of regular face-to-face teachers have installed Zoom are offering their former face-to-face students online tuition.

If you are keen to continue with tuition I would suggest you make enquiries for online tuition. If you had previously had a proper cello teacher then that would have been the obvious first suggestion. In any case I would start by asking teachers of related string instruments who you know and trust if they know of any cello teachers they could recommend who are now teaching online.

I teach guitar online and take voice lessons (now online). I can tell you that there are challenges with online lessons. It is difficult to get some information across. I can't help students with hand position and posture bu touching them (with permission). Some things are hard to describe and showing or doing is the best method. Also, with only the webcam the angles are not great and it's hard to show details of the fingers and hand. I suspect that taking cello lessons will have similar challenges.

You stated that you never had proper instruction. How did you get as far as you did? Did you at least have some basic instruction at your high school? I would think so. For many this is enough as they just want to get through and get their credits. If you like playing and want to improve I would seriously invest (or get your parents to invest) in lessons with a classical cello player. Perhaps a college student in a music program would be a good place to start, they usually charge a lot less and are enthusiastic to get the experience. Other than that do you have a basic book to work from, something from the Carl Fisher series? F. Simandl is the standard Double Bass book, they have Lazarus for clarinet, and Carcassi for classical guitar. I googled them for cello and found a few beginner to intermediate level work books. You should have one or something like it from school (our school books were not very good). If you have good technique and no bad habits you should be able to work through one of these books on your own and get better. But this has some risk. If you try to get into harder exercise and new techniques without the help of an instructor you could develop bad technique and that translates to poor quality of tone and performance. It is your call if you think you can go through one of those books systematically.

I agree with the other answers: you really have two problems. The most important is that you've gone far too long without lessons, and are at risk of falling into incorrect habits.

The second problem is that of lessons, of course. Do some networking if you can, with fellow student cellists, local music schools... and see if there's a teacher with Zoom or iChat capability that you could sign on with.

Not the answer you're looking for? Browse other questions tagged learning classical-music self-learning cello teachers or ask your own question.

4
Musical factors when picking a good school to go to.
12
Should I take piano class?
4
How to keep ANY progress and have fun again
3
What parts of instutional education does a non-institutional student miss?
4
Regaining piano skills
1
Where can I find a composition teacher?
6
What are some technical considerations for transition from violin to cello
4
How should a self-taught musician study and reach his goals?
3
Former classical piano student looking for my new musical path