I understand that the V7 chord contains two tendency tones (^4 and ^7), which for a tritone in major keys. The ^4 forms a dissonance with the bass and the ^7 tends strongly to move to ^8. For these reasons, V7 is a crucial chord for building tension in cadences, which can then be released via authentic cadences (or not in deceptive cadences).

I am curious as to how I can further expand a V7 chord, through inversions or otherwise, to build additional suspense before introducing a I chord. I have looked into the inversions of V7--V65, V43, and V42--but I question whether those progressions are logical in terms of theory. Do you have any suggestions? Will a plain ol' V-V7 sequence always be the most natural/smooth sounding? Thank you.

Note: I am not interested in any use of chromaticism at the moment--trying to find diatonic solutions here. Thanks.

From your question wording it seems you are talking about classical, common practice style.

First, review your cadence types and be aware of the general idea that if the V to I movements involves an inversion somewhere the cadence is considered "imperfect" and less conclusive.

So, V4/2 to I6 is a nice way to create a stop, but it surely has an incomplete feeling and sets up an expectation for a continuation.

Using second inversion V6/4 to I in the context of old, contrapuntal style (Fux, Palestrina, etc.) has a special name: clausula vera. Not necessarily a problem, but it's good to know about the historical association of that particular inversion. In that old style it was considered the proper, full stop concluding cadence.

Given your exclusion of chromatic tones, I think the obvious things to use are are the various contrapuntal, non-chord-tone devices.

Instead of plain V7 to I use a cadential tonic I6/4 V7 I, that's a common way to milk the ending.

Various suspensions can be added to the cadence to both extend the duration and spice it up with dissonance (still diatonic...) 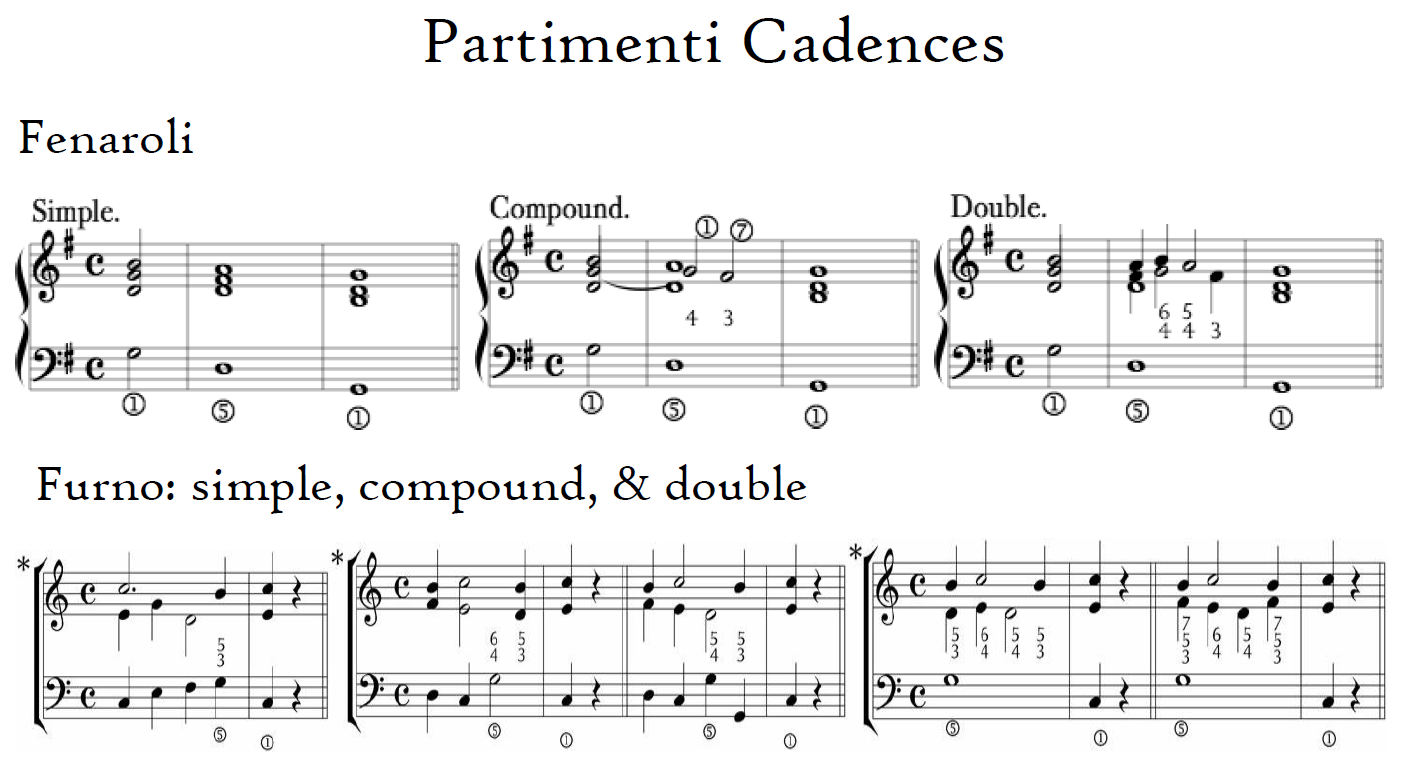 ...any of those that don't have a seventh on the dominant should be able to take one without a problem. The example are just to show typical suspension figures.

Not the answer you're looking for? Browse other questions tagged harmony chord-theory chord-inversions or ask your own question.

2
How do I find the third of the chord?
5
How to determine which inversion a chord is?
3
Chord inversions?
3
How to write a seventh chord inversion
1
dissonances and non-key chords to build tension in chord progression
2
Leading tone and resolving tension
0
Is tension always present?
6
use of 4/2 chord more compelling than root position?