Writing down chord names and understanding their function in an example

I've been trying to learn more about music theory by transcribing songs. I am not bad at writing down the notes, but have a lot of trouble understanding the chords/harmony.

Below is a sketch of one such transcription. I have written down my guess at the chord names (which may have errors) but I have no idea how to understand their function in relation to one another.

Any feedback/help would be appreciated, but here are a few specific questions I would like help with. 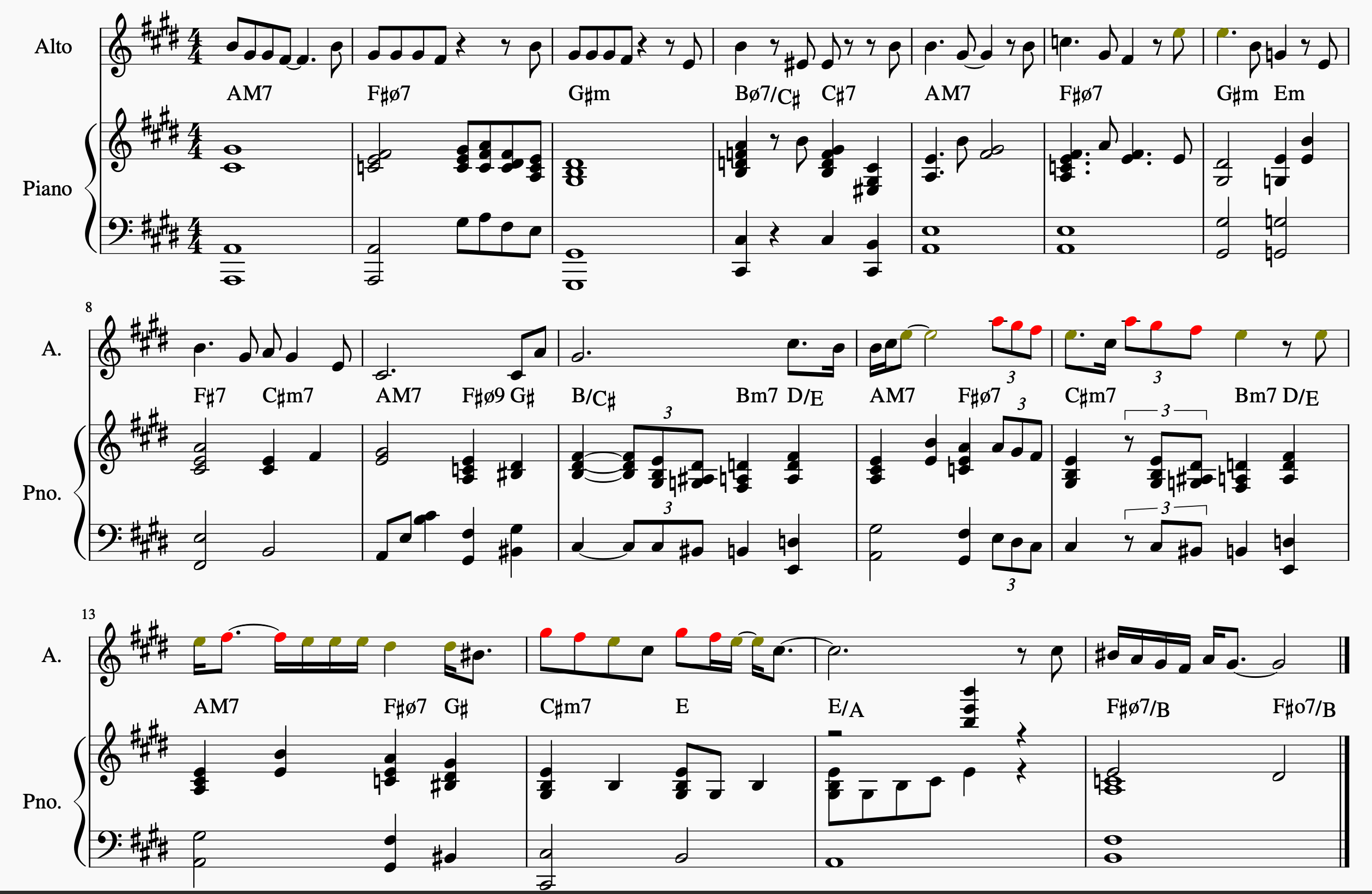 chords harmony jazz
Share
Improve this question
asked May 12 '20 at 0:19

While providing a full analysis would be off-topic for this site, I'll give you a few points.

In bars 2 and 6, the bass note is A, so this chord should be analyzed as Am6.

In general, I think you are writing too many slash chords and too few chord alterations. Jazz pianists often use a RH upper structure that looks like another chord, so it can seem intuitive to analyze such voicings as slash chords, but writing it as an altered chord instead can make the function more transparent. Examples:

In my opinion, recognizing upper structure voicings is a valuable learning tool and may be useful when transcribing, but if I am writing charts for other musicians to read, I will favor the altered chord notation. Bassists in particular are notorious for hating slash chords, because it forces them to read the chord "backwards" as they search for their note. (A good bassist won't be tripped up by this, but it's still good to know their preferences.)

On the other hand, some musicians feel the opposite way, preferring slash chords because they can specify a certain upper structure voicing. So, it's a good idea to maintain a mental dictionary of chord "synonyms." For example, C9sus4 = Gm7/C = B♭/C.

I agree with the choice of E major for this example. Bar 14 looks like a resolution point, and the song just happens to start on the IV chord, which is no problem. Notice also the occurrences of an Amaj7 Am6 sequence: IV iv iii and IV iv I are fairly common progressions.

There are several unusual things going on harmonically here, including a lot of descending-fourth bass motion (whereas descending fifths are more common). If you want to practice roman-numeral analysis, you might get more bang for your buck by working on a more linear tune like "I Thought About You."

Not the answer you're looking for? Browse other questions tagged chords harmony jazz or ask your own question.

1
Deciphering the notation of this slash chord
8
How do enharmonic notes affect harmony and chord progressions?
1
Effect of voicing / bass note on function of 7sus4 chord
6
Transcribing music which has no obvious metre
2
Transcribing piano from recording when available recordings are poor
2
Diatonic harmonic function of chord inversions
6
Usefulness of complex chord names?
1
Rewriting slash chords with chromatic descending bass