Given this Frequency response for my Microphone. 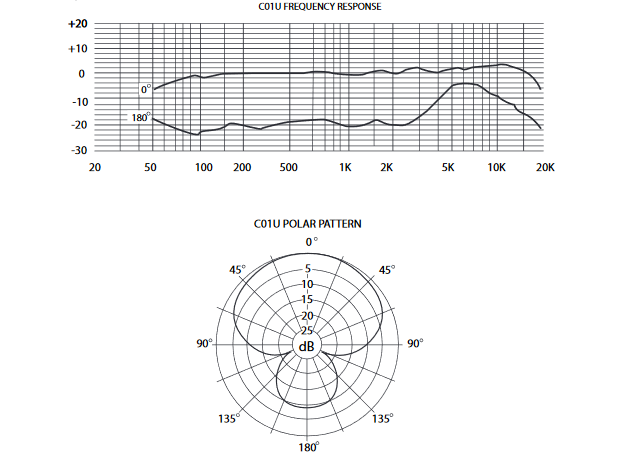 homerecording microphones
Share
Improve this question
edited May 19, 2020 at 15:56

The -10dB shown in the second image of the polar pattern is a rather generous 'average' of some sort. This pattern is typical for a super-cardioid mic & it will display similar characteristics at all frequencies, but in the absence of specific frequency maps in the second image, you must assume they're using averaging - in this case to make the product look a lot better than it is, unfortunately.

If you look at the top image, you see the rear rejection up to about 2k is a reasonable -20dB, but by the time you get to 5k it's almost at parity [perhaps -4dB]. This means that at higher frequencies the mic will behave more like a figure-of-8 pickup than a super-cardioid.

I found an article - Cobalt Audio - SM58 and Beta 58A – Comparison - showing the polar patterns of two well-known, industry standard mics, the Shure SM58 & Beta 58 [cardioid & super-cardioid respectively].
Note how they show pickup details at several frequencies rather than just an overall average, but that even good mics have less rear rejection at some frequencies than others. Because this can really never be 'perfect', these patterns are often tailored to specific use-cases, or are a 'best fit' compromise. In this instance, though, never worse than -10dB. 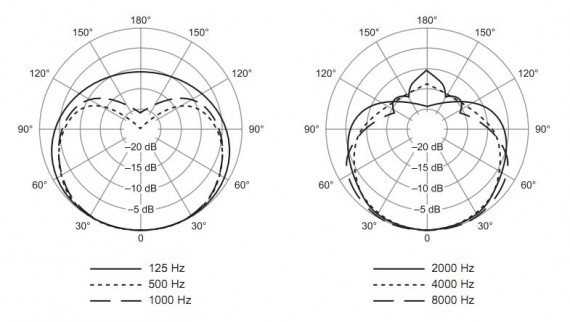 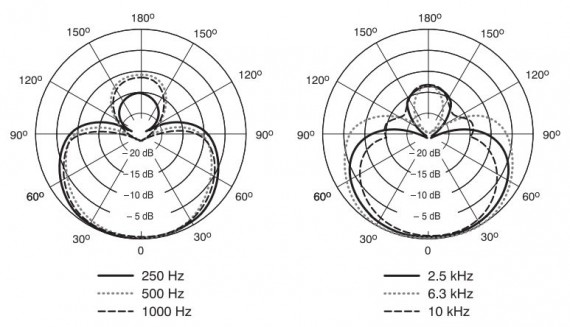 Not the answer you're looking for? Browse other questions tagged homerecording microphones or ask your own question.

1
Connecting Audio Technica Pro 70 to a laptop for live recording
2
Are microphones meant for Karaoke and PA bad for recording vocals and instrument music?
1
Pickups with Acoustic Instruments
3
What sort of setup do I need to record reasonable quality singing and guitar playing?
1
USB Audio Interface or Phantom Power Supply?
0
Plugging Shure 520DX harmonica mic straight into audio interface
1
Pickup or microphone or hybrid?
3
What cable do I need from Dynamic mic into mixer and why XLR to TS but not XLR to TRS?
1
What setup to use with a shotgun condenser microphone to record on a laptop?