Why are notes always written in all-caps instead of C..B and then c..b for the next octave (E-Bass)

According to the positions of the notes on the sheet, the plain strings of an electric bass should be E,A,d,g with the latter two written in lower case because they belong to a higher octave.

Whenever I google for "bass fretboard notes" or similar, though, I get images with all notes in capitals (E,A,D,G) as if they were the same.

Whenever I google for "bass fretboard notes" or similar, though, I get images with all notes in capitals (E,A,D,G) as if they were the same.

I assume you mean a diagram like this one:

Generally, people who use these diagrams already understand what the intervals between the strings are, and that each fret is a semitone higher. Which note position is in which octave - at least relative to the others - will more-or-less already be clear to them; they just want to put note names to the 'patterns' they already know.

It's true that you could perfectly sensibly add an octave designation to such diagrams, but this extra information just wouldn't add much value for most people who would consult this kind of diagram.

Let's contrast this with the first diagram that I get when I google "isomorphic keyboard": 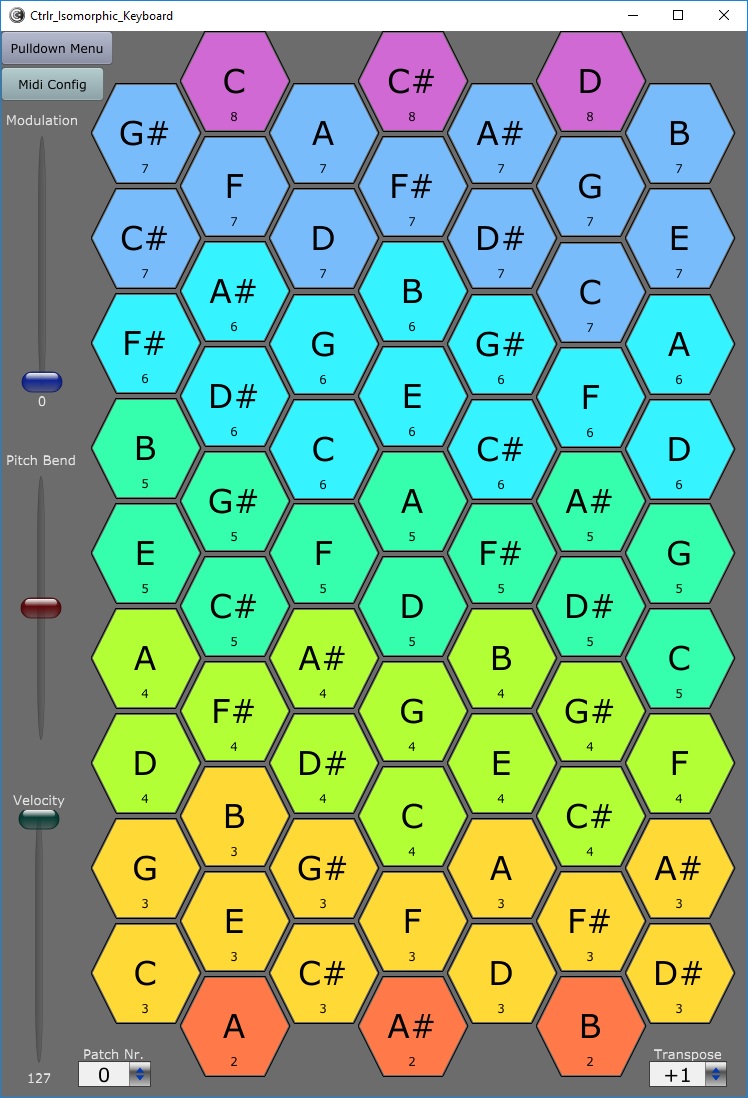 Most people seeing that for the first time won't understand the interval patterns; the octave numbers in that case are much more useful to more people.

When people are notating how to play a piece, they may use tablature, or standard notation with positions indicated with Roman numerals. When they're talking casually, they may just say 'E on the 9th fret on the g-string'.

6
Are there exercises similar to the 'Buddha rope' for endurance on bass guitar?
10
How can I keep my low end level constant across my strings?
10
Lower guitar tuning
9
Bass guitar: Fret distance formula