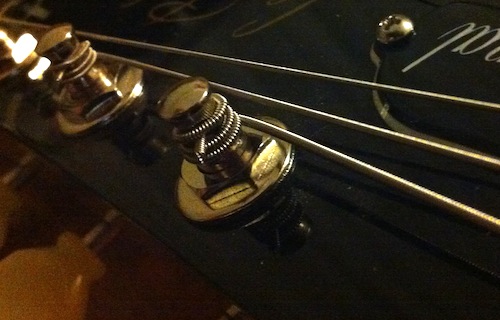 on my steel-string guitar