Why did Liszt change/add so much to his piano transcription of Danse Macabre?

I'm interested to hear if anything is known about the reasons why Liszt decided to introduce some pretty significant changes/additions to the piano transcription of Danse Macabre by Camille Saint-Saens compared to the original orchestral piece.

For example taking this version of the notes, almost the complete second page is added in (this pattern of - what I would call: stretching it out before getting to the point - repeats throughout the whole piece).

As another example the following run (starting at the ff) is completely different from the one in the original version by Saint-Saens: 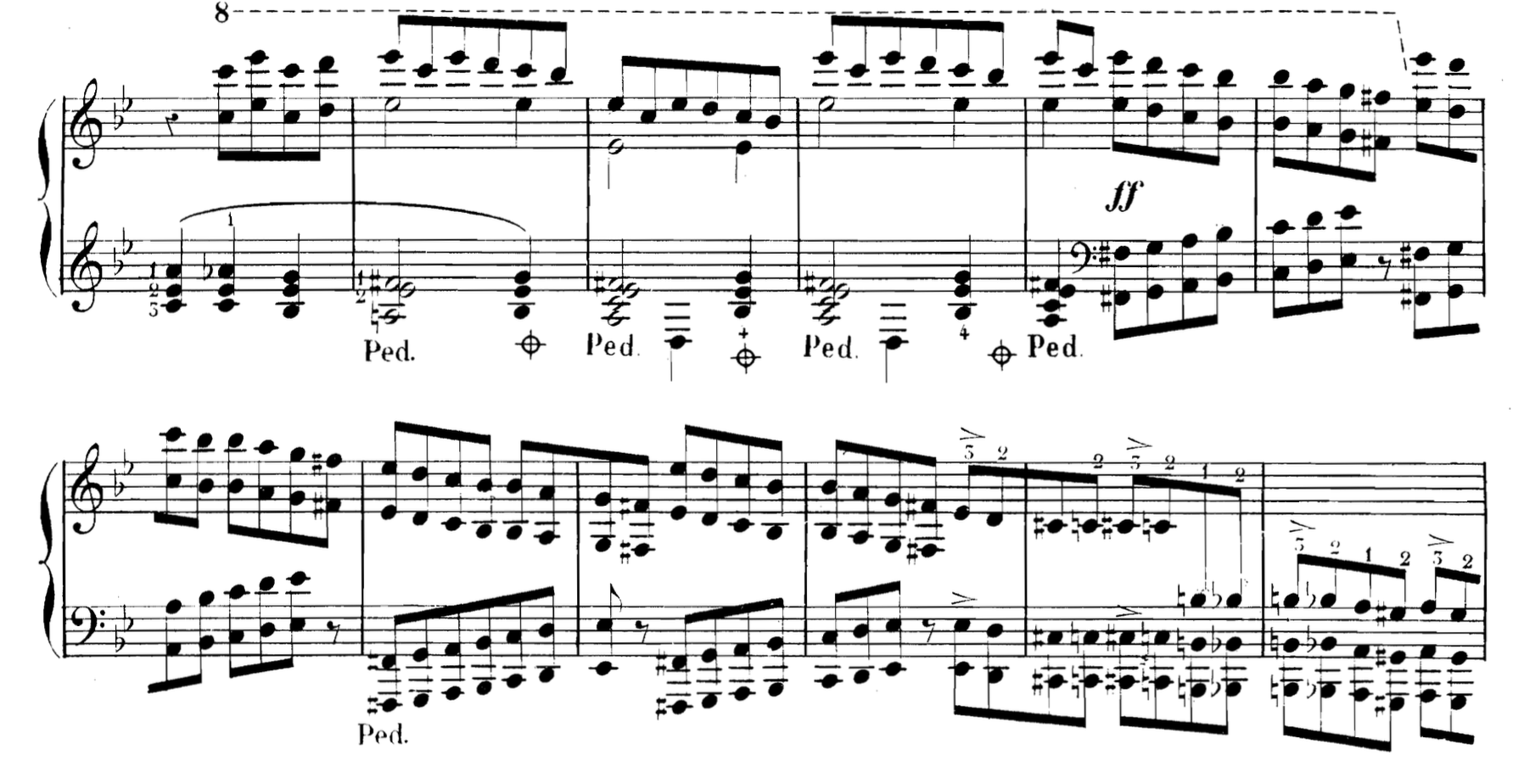 As a comparison here is the excerpt from the original:

I'm not really looking for opinions of why he might have done it, but more something along the lines of actual quotes or general facts about his transcription style and his intentions in this case.

Among piano composers, Liszt was one of the greatest transcribers because he understood the piano better than most composers before or after him. James Penrose, a music writer for the New Criterion, wrote that Liszt’s transcriptions served three purposes - to pay homage to other composers, to share performances of non-piano music, and to express his own creative ideas within the framework of another composer’s music. Even if Liszt seemed to be simply transcribing music, his creative process was devoted to writing new textures for the piano.

For example, the Rigoletto Paraphrase and Aida Paraphrase are amazing piano writing, even though Liszt borrows the music from Verdi. To achieve new levels of piano writing, Liszt almost always embellished on the original music or “improved” the music’s structure. The examples you gave in Danse Macabre are probably Liszt’s attempts to convey the drama or sound of the original orchestral piece in terms of the piano’s capabilities. In this sense, Liszt’s transcriptions are really loose translations that aim to capture the spirit and sound of the music, even if Liszt altered the original music.

Even in his direct transcriptions, Liszt contributed to piano composition - his versions of Bach’s organ preludes and fugues convey the sonorities of the pedal and manuals in two hands using modern piano writing. These composition techniques certainly influenced Ferruccio Busoni’s Bach transcriptions and composers such as Rachmaninoff, whose highly textured music incorporated almost symphonic lines in piano.

Some of Liszt’s most famous pieces - such as the Liebestraum No. 3 in A-flat - are actually transcriptions of Liszt’s own works, in this case a song set to a poem by Ferdinand Freiligrath.

I consider some Liszt arrangements and paraphrases as musical Sparknotes - they condensed the main themes of a three or four hour opera into ten minutes. In fact, I first learned the main themes of Norma, Tristan und Isolde, Don Giovanni and too many other operas or orchestral works by listening to obscure Liszt transcriptions of the works on Youtube (because I was too much a pianist and not enough a musician). I believe that Liszt intended to share symphonic or operatic works in a flashy “popular” form, especially when symphony orchestras in the 19th century were under-rehearsed or simply terrible. Berlioz once commented that Liszt’s version of the fourth movement of the Symphonie Fantastique was more impressive than the full orchestra (when Liszt played it). Unfortunately, many of Liszt’s transcriptions are very obscure because too few pianists could play them convincingly, or because musical critics tended to focus on the “trashy” aspects of Liszt’s technical showboating.

In many ways, Liszt pioneered the idea of derivative composing through his music. He showed that a musical idea from another composer could be transformed into an entirely new and musically compelling work. The Paganini Etudes, or the collaborative Hexameron Variations are original Liszt compositions - even if the themes were borrowed from other composers. Liszt’s idea of cutting and pasting other people’s music was innovative - an almost modern idea of pastiches - and fit into Liszt’s role as a modernizing composer, even if he seems like a showy Romantic on the outside.

Hopefully, my answer isn't too much of a digression.

Not the answer you're looking for? Browse other questions tagged piano history transcription orchestra or ask your own question.

2
Why did Shostakovich not release his 4th, but did release his 5th symphony?
0
Why did Listz and Hanon use the word "transcendent" to describe piano exercises?
0
Why did Queen use cross-handed technique to play the piano part of Bohemian Rhapsody?