What is the purpose of this (?) rubber band?

I have seen many bass players that add this rubber band (not sure what it is) on the top of their basses' necks: 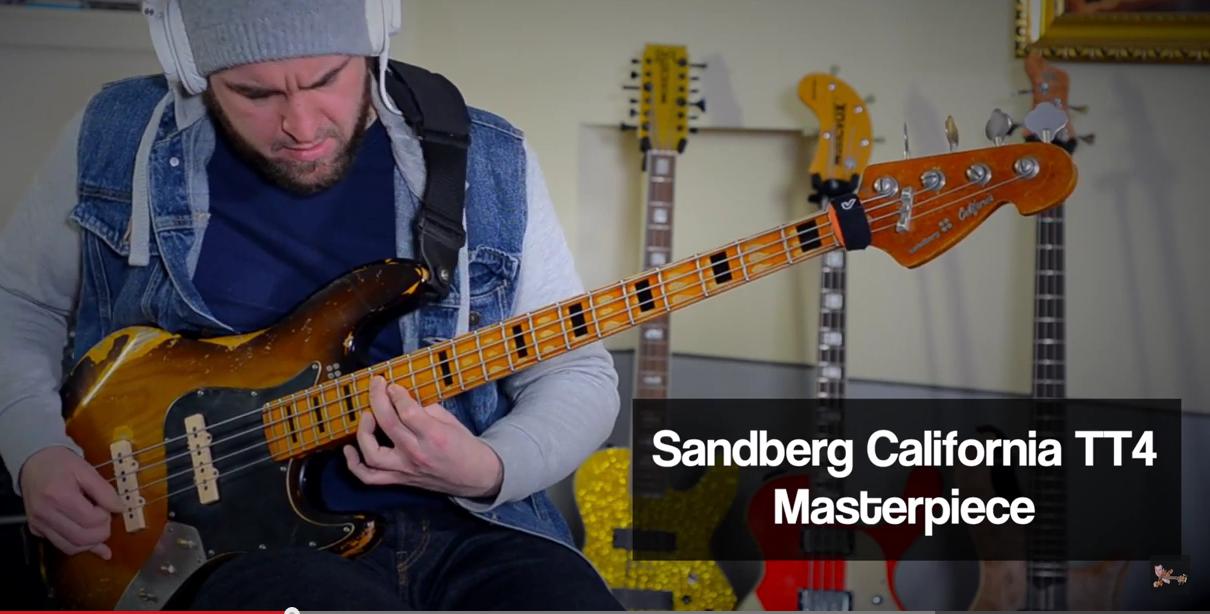 What is this and what is the purpose of it?

Usually I see it on the top of the neck, but on some players, I have seen it over the 1st fret.

It looks like a string mute of the kind made by e.g. http://www.gruvgear.com/fretwraps.

It would be used to mute the string somewhat to reduce sustain and the number of higher overtones.

In some circumstances you can mute easily enough without needing such an accessory, e.g. by using right or left hand muting, but with some techniques and for some pieces it's good to have a helping hand... well, at least a helping 'band'...

The bassist in your photo is using a technique popularized by jazz bassist Victor Wooten about 25 years ago. (I was a friend of his back in the day.) Wooten uses one or more of an ordinary and cheap girl's hair-tie: an elastic and yarn hair-band, or "scrunchie", of the kind that can be found for 50 cents in any drug store or department store. He got the idea from his brother, guitarist Regi Wooten, to whom Victor credits most of his playing techniques.

For certain songs, Victor Wooten also uses a single, thin hair-tie in a precise position high on the fretboard to create unusual pinch harmonics in conjunction with distortion.

The use of the "scrunchie" has been widely discussed in many discussion forums, and there are videos by Victor Wooten and others demonstrating the techniques.

The Gruv Gear FretWrap, a product for bassists referred to by others on this page, is nothing other than an expensive commercial product designed to capitalize on the trend popularized by Victor Wooten of using cheap, disposable hair ties.

It's a mute. What the other answers appear to be missing that in the position in the picture, the mute is off. If you want it to have a significant effect, you have to pull it down to a position on or beyond the nut. As long as it is above, its effect should be negligible.

So the reason you mostly see it above the nut is that it is sitting dormant there but ready in case you want to use it.

14
What features should I look for in my first bass guitar?
5
Guitar pickup selection
2
What is this bass belt strap?
2
How do I play this part in 'Portrait of Tracy'?
1
What is the purpose of this piece of wood between the pickups?
8
Why does the neck of a bass get wider?
4
Electric bass scale length and pickup angle
8
What is the "Jazz Bass Mid Scoop"?