What do three bars across the stem of a note mean?

I am wondering how are to be understood the following notes and how to play them on the violin.

The first extract is executed entirely in 32nd notes.

The second extract is executed entirely in eighth-note triplets.

EDIT This edit is written a couple of days after the above answer was written:

@ivo posted a comment below and that calls for an elaboration on how to fully understand that type of notation. This is his comment:

Many thanks for your instructive answer. I still have a problem when it comes to playing the tremolo. On the first picture given the 4 notes in the second beat do you play them as tremolo (if the tempo permits) one after the other and then return and play again one after the other and so on for the duration of one quarter note, or you play each of them individually as tremolo for the duration of 1/16th each ? Thanks again.

Instead of trying to explain it with words I think an image will tell you much better how to actually interprete this kind of notation: 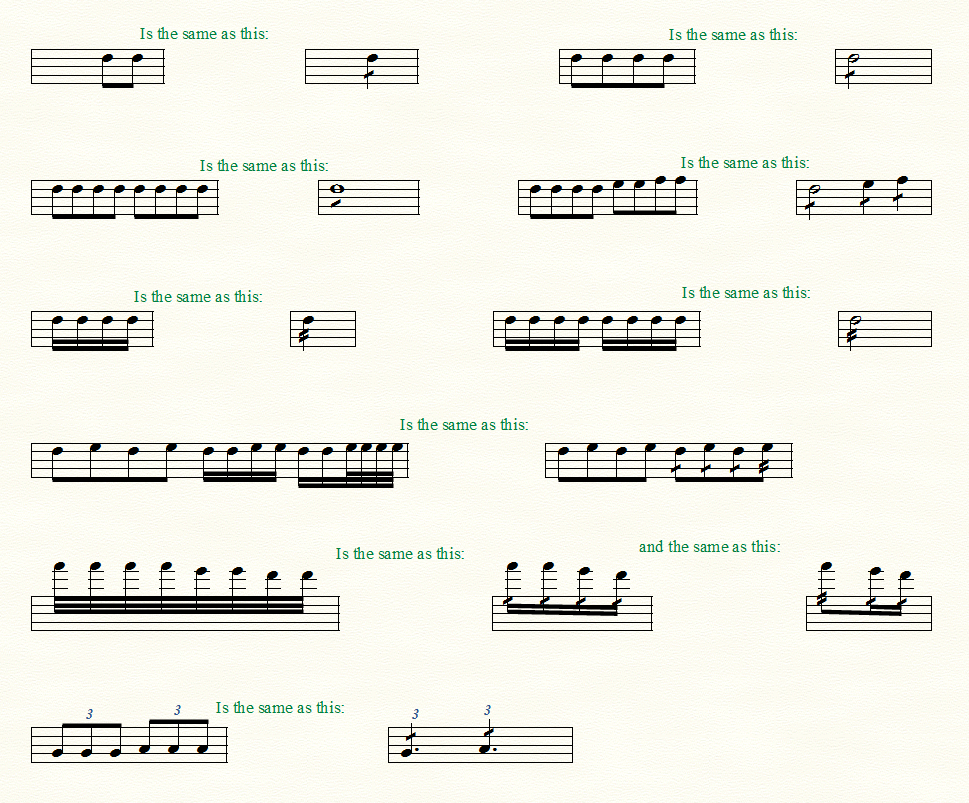 Not the answer you're looking for? Browse other questions tagged notation violin tremolo or ask your own question.

42
How to interpret half notes combined with thirty-second stems?
4
ornamentation in keyboard music of William Byrd

2
How to read this measure of music with "in between" notes?
3
How to play eighths (quavers) interspersed only with quarter notes (crotchets) in swing time
7
How to clearly notate tuplets, both "simple" and "complex," in irregular meters
16
How do I interpret two notes in a tempo marking?
3
When and how to use finger and position markings?
6
Is the length of a G.P. that has no fermata discretionary?
9
Orchestral score has inconsistent time signature changes and note lengths