How do I play this section from wedding march?

I have been struggling with this for so long, and I cant find any answers. Plz tell me how do I play it? I would be thankful if anyone could explain what that chord below G means and what Tr means. Plz also write the chord, thank you!

Edit - This is a keyboard solo piece from Trinity London grade 7 - electronic keyboard book! Also as to specify my question more, I dont understand how am I supposed to play the notes below G chord, like F , D together and then G? ANd if so in how many beats? I also tried searching on youtube but I couldnt find any answers. I also have a link to a reference video on youtube.

I am sorry if I seem silly, but I am self taught so I really have no idea sweat smile

The song played by some other youtuber- 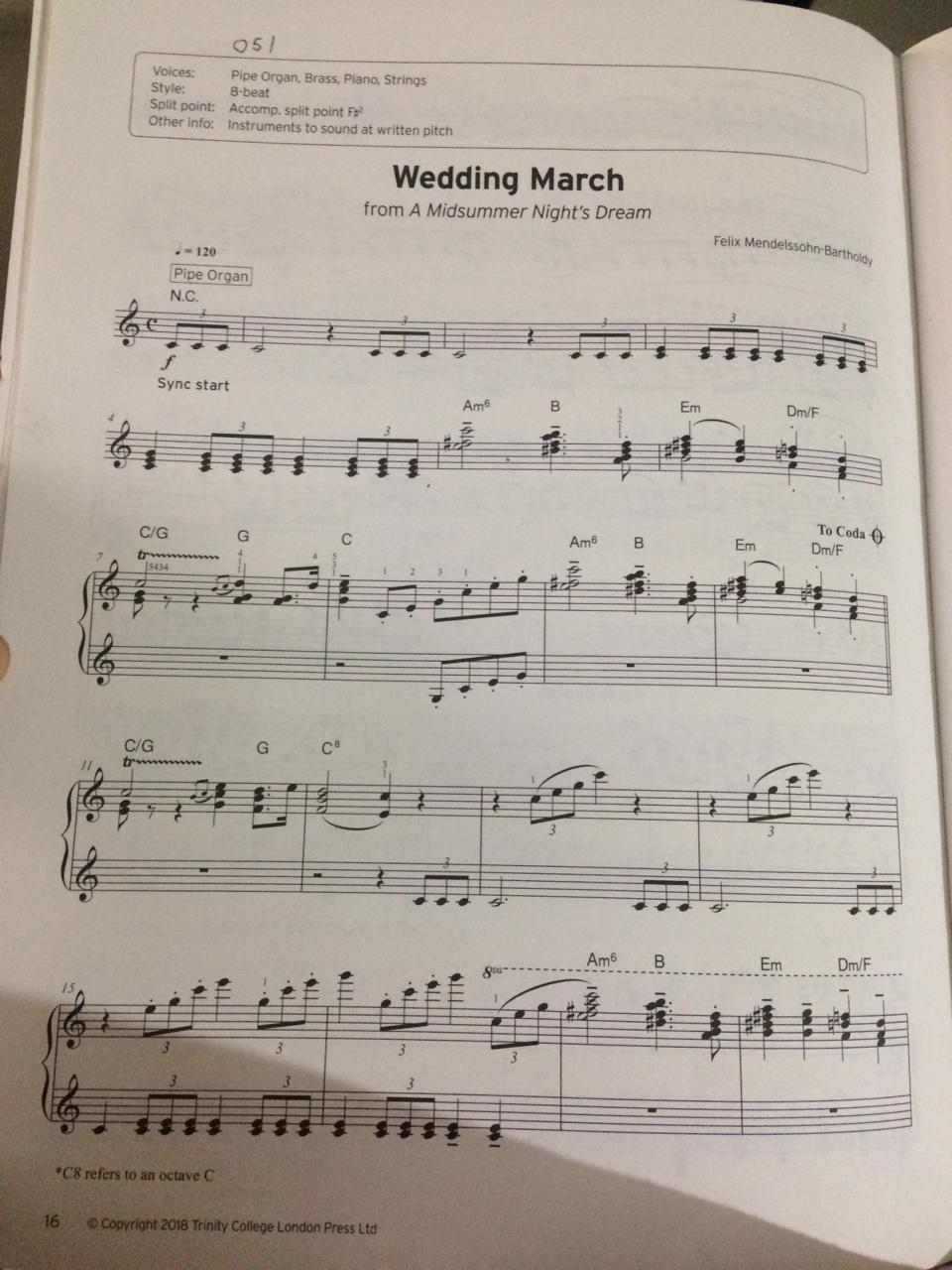 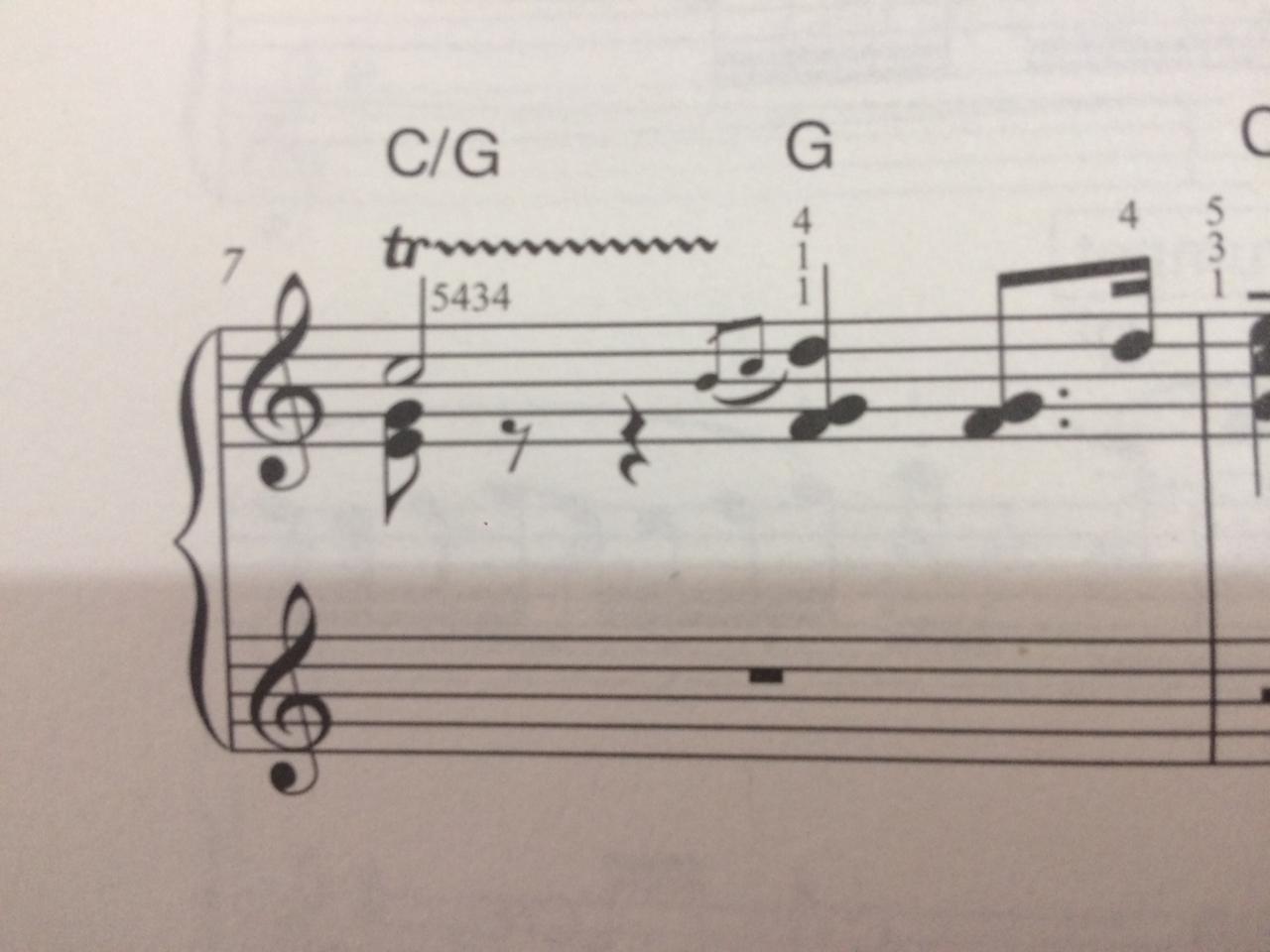 'Tr' means 'trill'. Play the note and the diatonic note above it alternately. As in DCDCDCDCD, quite fast, while the lower two notes are held only for the short quaver shown. I'd be playing it with two hands (left hand is doing nothing else), so E and G l.h., trill,r.h., whichever fingers you are better with - the suggestion here is 5434, but there are other combinations.

The end of the trill is BC, up to D - that chord being basically G7, which can all be played easily with r.h.

EDIT: I've just realised where the question is coming from! Although the heads are on either side of the stem (F and D on left, G on right), all three are played at the same time - it's the only way the F and G can be written! Were all the dots on the same side, it'd look like an indecipherable blob.

Tr is short for Trill the act of playing 2 notes repeatedly and quickly. You're struggling because it calls for the 2 weakest fingers to pull off this particular trill (4,5). Play it slowly and your fingers will eventually obey you :-)

Not the answer you're looking for? Browse other questions tagged theory chord-theory sheet-music keyboard or ask your own question.