Edit- To clarify, in which hand should I play the chord in red? 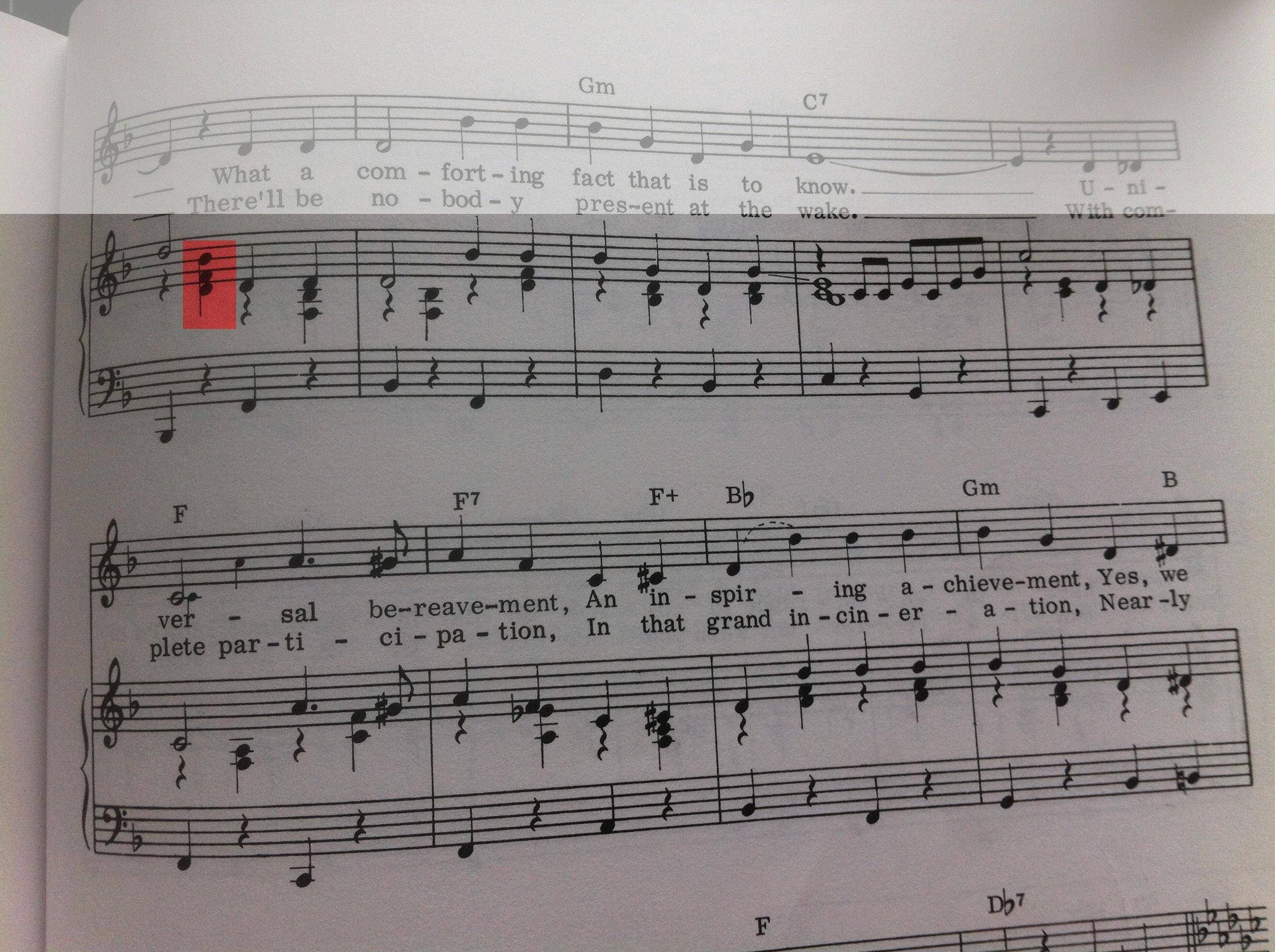 The arranger probably wants you to play the chords in the right hand.

Generally, composers/arrangers and typesetters are pretty good at reserving the treble clef for the right hand and the bass clef for the left. With no other markings, this is what you would assume is intended.

Now, if they had intended to have the left hand jump, they would have put some sort of indication that it should be played with the left hand (the only one that comes to mind is from an old Debussy score, where it's indicated as m.g.--main gauche--left hand).

Additionally, the leaps between the melody and the lowest note in the chord are at most one octave, which is a comfortable reach for most pianists. An interesting thing to look for is that the chords often could be scored more clearly and with fewer ledger lines in the bass clef; this suggests that they went out of their way to score it in the treble clef, to clearly show that it should be played in the right hand.

This is just what struck me after looking at this small section for about 3 minutes. I'm interested to see if I've missed any other indicators of "handedness" in the scoring.

Note: This answer refers to the chord symbols ("Gm", "C7", "F", etc) found on top of the song staff. Colonel Panic's question was actually not about this, but about the notated chords in the upper piano treble staff. I'm leaving this here since it might help someone else.

The chord notations/symbols are merely provided as support, or for letting you make your own accompaniment.

The chord notations can also be useful for other accompaniment musicians, such as a guitarist, in playing along with you or as the sole accompanist, or for, say, a saxophonist providing backgrounds and embellishments to the singer and your playing.

6
the fingering intended by the composer
5
How should 3 notes joined with 1 beam line drawn on 5-staff-line?
5
Piano accompaniment with left or right hand
3
How to indicate left hand for piano sheet music
8
Why does this version of Für Elise have d# then e both with treble clefs?
4
Piano chords written on top of the treble clef don’t correspond to notes on the staffs
16
Chord stretched across treble clef and bass clef
2
Piano exercise for sequencing right hand chords with fixed top-most note
6
Do brackets between staves indicating which hand to use apply to the entire measure?
0
What symbols on piano sheet music shows what hand should play what?